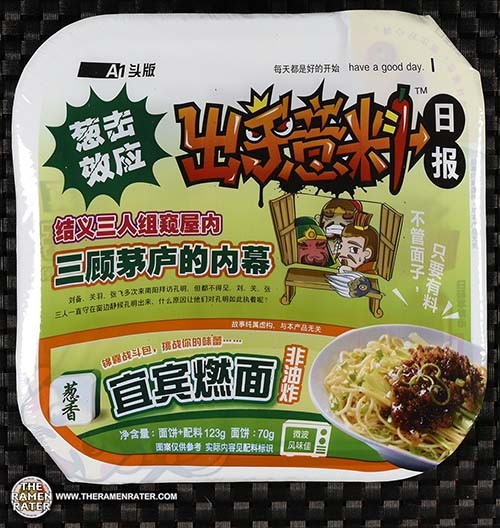 These came by way of Snackoo – a company that supplies you with great snack boxes, containing all sorts of fascinating things as well as ramen noodles. Why not check them out?

So this is the second Yibin Burning Noodle variety I’ve come across. It sounds interesting every time I come in contact with them, and they usually have interesting packaging like this one. Here’s a little about Yibin from Wikipedia –

Human habitation of Yibin dates back at least 4,000 years. Yibin was established as a county in the Han dynasty (206 BC − AD 220). Under the Ming and Qing, the town and its hinterland was known as XuzhouCommandery (t 敘州府, s 叙州府, p Xùzhōufǔ), which was variously romanized as Suifu, Suifoo,[citation needed] and Suchow.[2] Its population around 1907 was estimated at 50,000.[3]

There are several hot springs near Yibin, plus many other tourist attractions. Such attractions include the Bamboo Sea in Changning County and the Xingwen Stone Forest. Cuiping mountain in the centre of the city provides wonderful views of Yibin. Yibin is also the confluence of the Min and Jinsha Rivers, which together form the Chang Jiang as the Yangtze River is known in Chinese from Yibin to Shanghai.

Okay then, let’s have a look at this one that was sent by Snackoo! 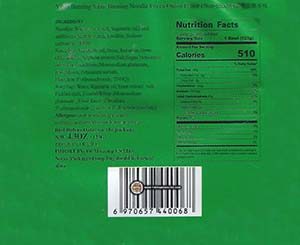 Here’s the bottom of the package (click to enlarge). 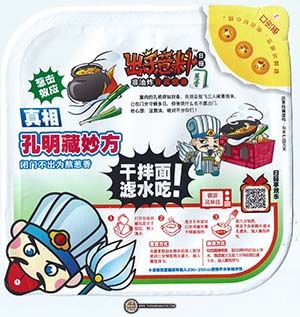 Detail of the lid (click to enlarge). Looks to be meat free but check for yourself. To prepare, add boiling water to fill line in tray with noodles. Cover for (doesn’t say but going to guess at least 4 minutes). Drain using spout. Add in large sachet  contents. Take small sachet and add 200-250ml boiling water in a serving bowl. Finally, stir and enjoy! 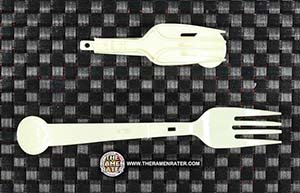 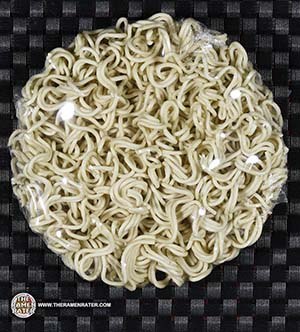 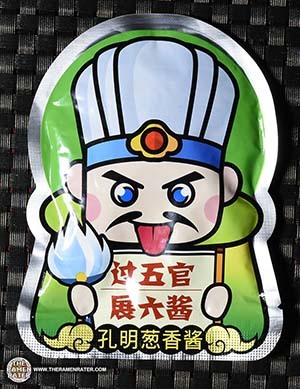 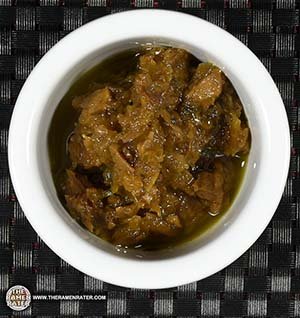 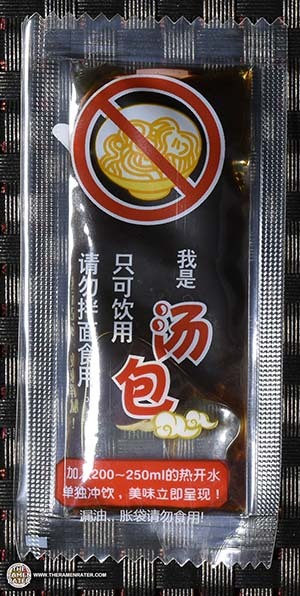 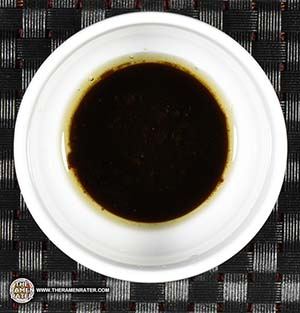 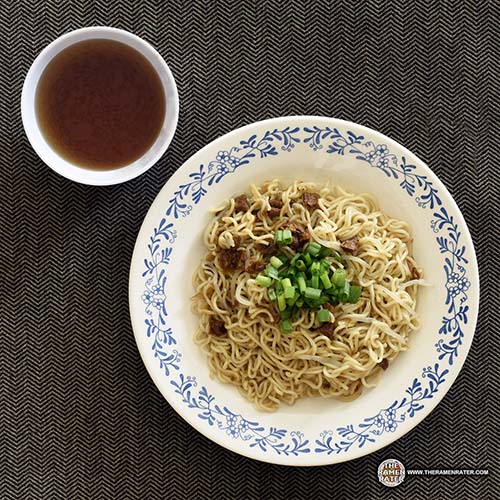 Finished (click to enlarge). Added Salad Cosmo organic mung bean sprouts and spring onion. The noodles are great – nice backbone here and the sauce it goes with has a nice flavor and bit that seem like meat but may be TVP. It does have a happy spring onion skip in its step. As for the burning, the noodle plate isn’t, but the soup is a little bit. Very oily and with a kind of herby taste. 3.75 out of 5.0 stars. EAN bar code 6970657440068.

I’m unsure if this is completely related, but it looks tasty