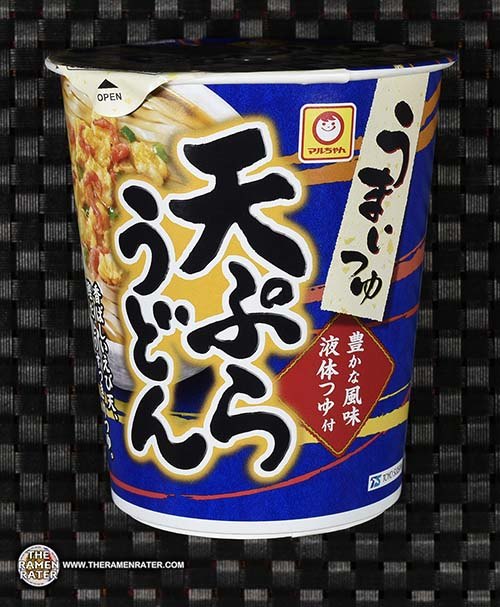 Today, we have one that was part of Japan Crate’s Umai Crate. So Japan Crate is a subscription service which has all sorts of different options for you. pretty neat stuff from Japan! There’s a coupon code for you too – just use THERAMENRATER to get a special discount at check out.

Here’s a little something from Wikipedia about udon –

Udon is often served hot as a noodle soup in its simplest form, as kake udon, in a mildly flavoured broth called kakejiru, which is made of dashi, soy sauce, and mirin. It is usually topped with thinly chopped scallions. Other common toppings include tempura, often prawn or kakiage (a type of mixed tempura fritter), or aburaage, a type of deep-fried tofu pockets seasoned with sugar, mirin, and soy sauce. A thin slice of kamaboko, a halfmoon-shaped fish cake, is often added. Shichimi can be added to taste.

Detail of the side panels (click to enlarge). Contains fish. and possibly pork. To prepare, add boiling water to fill line and cover for 3 minutes. Add in liquid base. Finally, stir and enjoy! 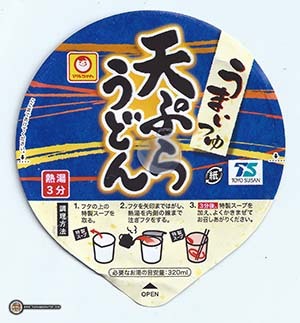 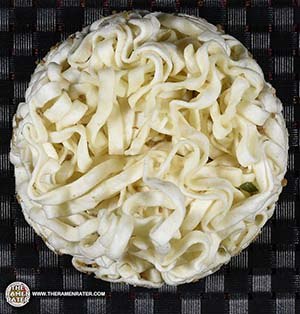 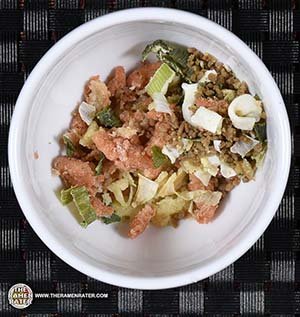 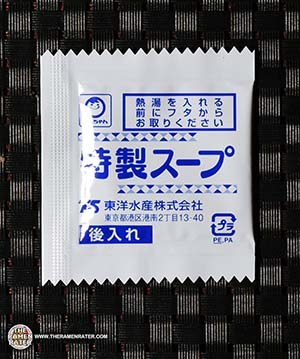 A liquid base sachet affixed to the lid. 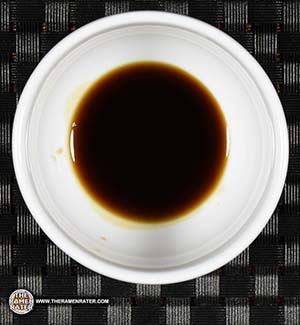 Has a sweet and soy scent. 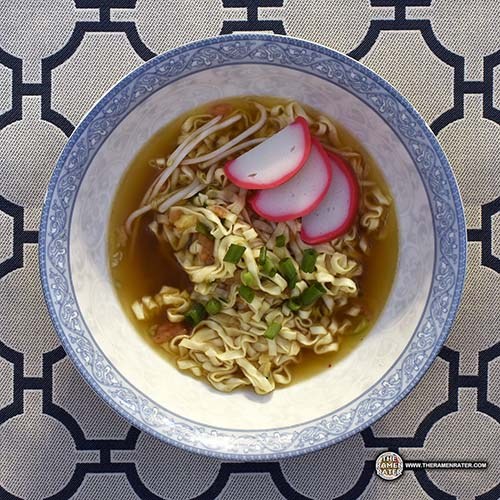 Finished (click to enlarge). Added kamaboko, Salad Cosmo mung bean sprouts and spring onion. The noodles are as most instant udon – broad and flat. They definitely weren’t spongy – something I liked. The broth is a kind of sweet soy and fish flavor. The tempura was here and there. 3.5 out of 5.0 stars.  JAN bar code 4901990330961.