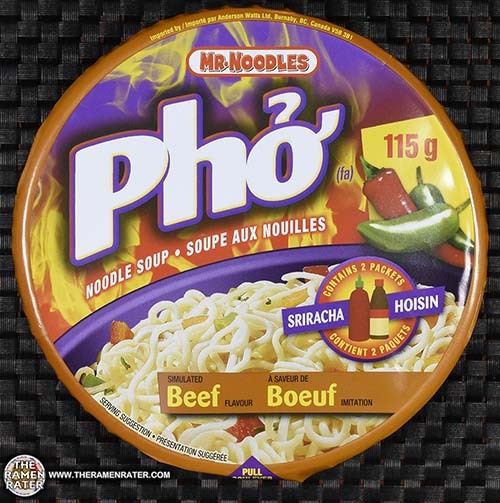 Well, here we are. This is one I found at Walmart up in Richmond, BC Canada. I’ve never had a lot of luck finding enjoyment of this brand but always gotten a lot of mail/questions about it. People have asked me many times how they can complain to the company that makes thes. I don’t know exactly why – I think a lot of the time people will store instant noodles and they’ll get banged up or the packs will get opened and after a long time will go bad. But my complaint usually has been that they’ve usually not had very strong flavors and the noodles come out funny when you follow the directions.

Directions are very important to follow. Not only that, they’re exceedingly important to get right. If you’re going to be doing up an instant noodle and you put instructions on a package that aren’t perfect, they’re not going to come out perfect – although many people will just cook them the way they like. I live in a kind of noodle bubble with some weird constraints. For fairness, I have to follow the directions exactly as the manufacturer puts on the package when I review. People will often comment on my reviews saying ‘use less water than called for’ or ‘cook an extra minute.’ I agree – this may taste better, but unless I treat every variety the same, my reviews would be kind of skewed in an odd way.

Many people complain that my reviews are too ‘subjective’ – that giving a score just based on what I like or dislike personally and not some kind of scientific method isn’t fair. Well, to them I say this: it’s fair for me. I’m not a scientist. I’ve always written about noodles and their flavor with the findings of my own personal mouth. I will look at my early reviews and see varieties I’ve tried again – Sichuan Chinese varieties for example. I thought they were horrendous and disgusting – how could anyone eat that? Over the years, I’ve learned to appreciate them though and found enjoyment there.

This one immediately screams ‘dude, you’re probably not going to like it.’ That’s the knee-jerk of experience. Why would I get it to give it a try? Simple – I haven’t had it. I end up getting a lot of varieties that I have a pre-conceived notion about; that I think probably won’t be to my liking. But unless I try them, I’ll never know. I fear no noodle really. I have to shut my brain up and then give them a try. So let’s shed the thought of past experience and give this a shot.

Detail of the side panels (click to enlarge). Looks to be meat free but check for yourself. To prepare, add everything to the bowl and cold water to fill line. Microwave for 3~4 minutes. Finally, stir and enjoy! 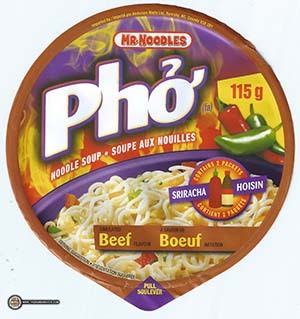 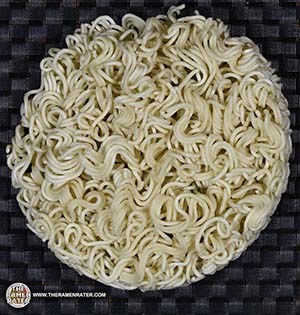 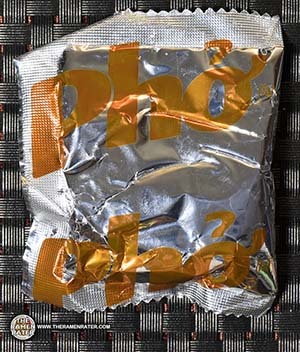 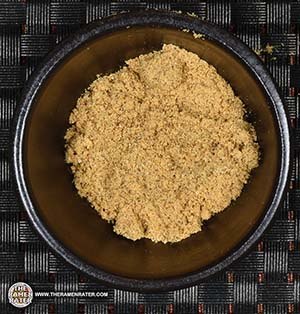 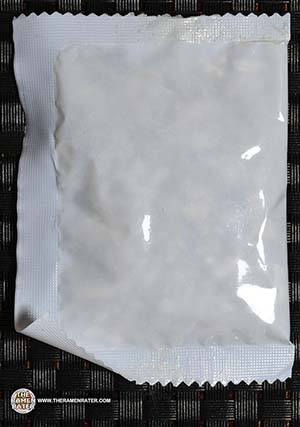 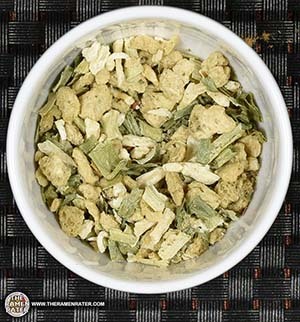 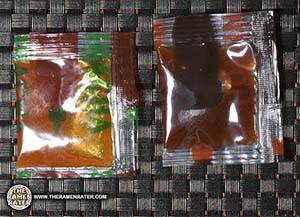 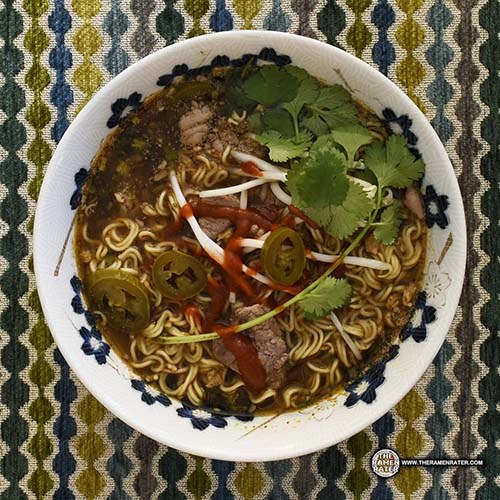 Finished (click to enlarge). Added coriander (no basil, sorry), Salad Cosmo mung bean sprouts,  Huy Fong sriracha, jalapeno slices, and beef. The noodles were horrible. After 3.5 minutes in the microwave, they didn’t even seem close to done. I took this shot a minute or so later and then tested those noodles 5 minutes later. Still crap. I don’t know how a noodle can be made so un-noodley. The broth was a very watered down one with some pho taste to it. However, with half the water it might have tasted better. The included garnish was mostly fluffy TVP. Here’s what I get for keeping an open mind and my hopes up. Call if you’d like help. 0.0 out of 5.0 stars. UPC bar code 059491009412.