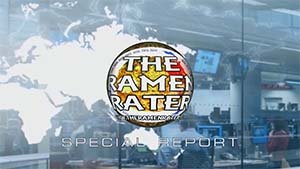 fter seeing multiple posts and videos and online stores advertising for a 4x version of the popular Samyang Foods Buldak Bokkeummyun hot chicken noodle, I felt it required me to make a statement.

First off, let me make one thing crystal clear – this is not a commentary on the quality of these noodles. The Buldak Bokkeummyun range is popular all over the world and This is a statement of fact which is just to make sure people don’t get the wrong idea about the Mala version. I first started seeing people posting YouTube videos about this being 4x spicy a couple of months ago. I asked the company about the SHU – the gauge of how spicy it is. The SHU of Mala is 2,700. This isn’t a low amount – these are definitely spicier than your average instant noodle, that’s for sure. In fact, they’re 6th place on my The Ramen Rater’s Top Ten Spiciest Instant Noodles Of All Time 2017 Edition, so don’t think I’m saying these aren’t spicy.

I asked Samyang Foods about this and they hadn’t known about this claim being made. They also let me know that the bowl version of Mala is 2,800 SHU vs the pack version being 2,700 SHU. IU remember they mentioned that the bowl versions tend to run a little spicier, due to the fact that by cooking the noodle vs steeping, the way the noodles interact with the sauce is a little different.

It should be noted that at the time of this post (January 2nd, 2017) there is no 4x spicy noodle. I should mention then that although I have not been informed otherwise or that there is one on the way, there’s no reason why Samyang Foods won’t be coming out with one. Indeed, the fact that many people have been posting about a 4x spicy could be impetus for producing such a product as there is obviously an interest and demand for such a product.

Anyways, if you do see a company selling these as 4x or a reviewer saying they’re 4x, it is incorrect. Again, this isn’t a sleight against Samyang Foods or the Buldak Bokkeummyun range nor the Mala product itself. Thank you for your time and despite not being 4x spicy, they’re definitely worth a try.