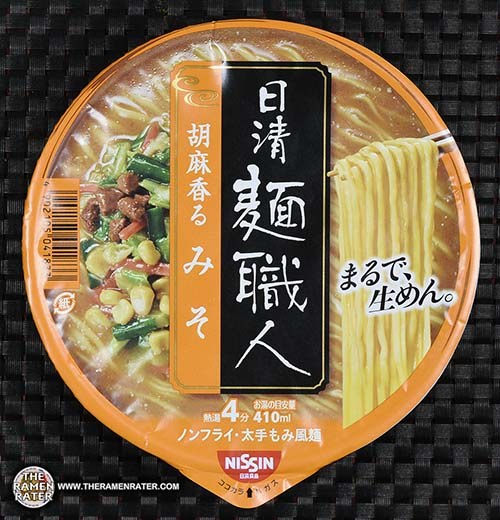 Yet another from Javier over at Box From Japan. Box From Japan is a purveyor of monthly subscription boxes – ramen bowls and candy are at the forefront among other neat things – check ’em out! Today it’s a miso ramen – here’s a little something from Wikipedia –

Miso ramen is a relative newcomer, having reached national prominence around 1965. This uniquely Japanese ramen, which was developed in Hokkaido, features a broth that combines copious miso and is blended with oily chicken or fish broth – and sometimes with tonkotsu or lard – to create a thick, nutty, slightly sweet and very hearty soup. Miso ramen broth tends to have a robust, tangy flavor, so it stands up to a variety of flavorful toppings: spicy bean paste or tōbanjan (豆瓣醤), butter and corn, leeks, onions, bean sprouts, ground pork, cabbage, sesame seeds, white pepper, and chopped garlic are common. The noodles are typically thick, curly, and slightly chewy.

Alright – let’s delve into this one!

Detail of the side panels (click to enlarge). Unsure if it contains meat but I would expect it does. To prepare, add dry sachet and 410ml boiling water to the bowl and cover for 4 minutes. Add in liquid sachet. Finally, stir and enjoy! 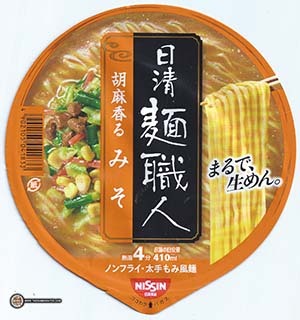 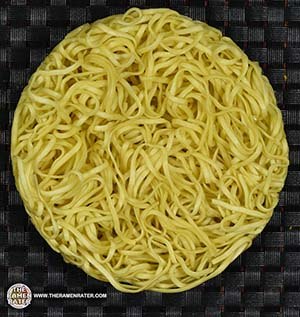 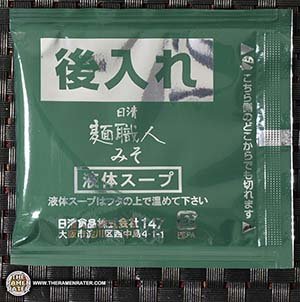 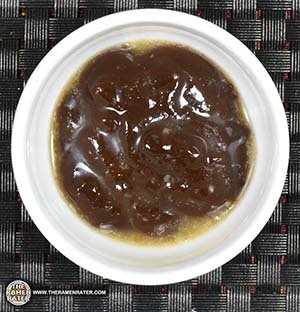 Very thick with a miso scent. 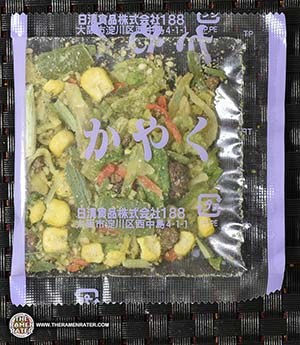 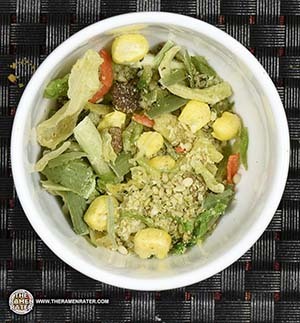 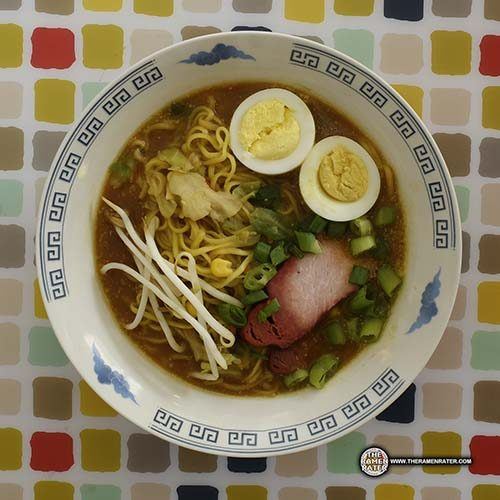 Finished (click to enlarge). Added spring onion, Salad Cosmo mung bean sprouts, egg and barbecue pork. The noodles were really quite nice – a solid backbone and good chew. I liked the gauge – just right. The broth was very good – just the right level of miso for me. A little thickness there as well. The included garnish had corn and cabbage and worked great. A miso I enjoyed. 5.0 out of 5.0 stars.  JAN bar code 4902105041833.