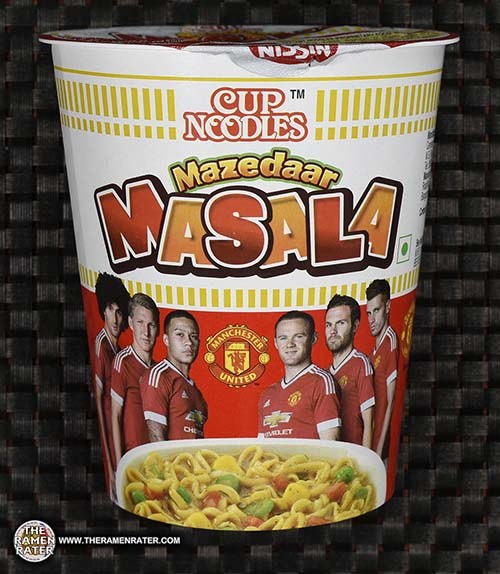 Found this one at New India Bazar while in Pleasanton, California this summer. Probably the biggest Indian grocery I’ve been in which was pretty cool. I spent a little time searching for mazedaar but really didn’t find anything, so if you know what makes this ‘mazdaar masala,’ let me know – that would be great. Anyways, let’s check out this mazedaar masala!

Detail of the side panels (click to enlarge). Looks to be meat free but check for yourself. To prepare, peel lid back halfway and add boiling water to fill line. Cover and steep for 3 minutes. Finally, stir and enjoy! 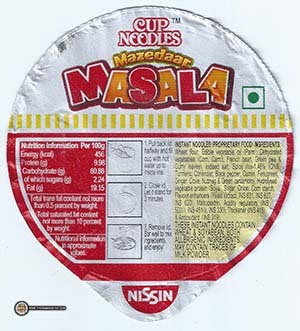 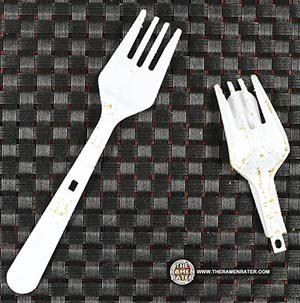 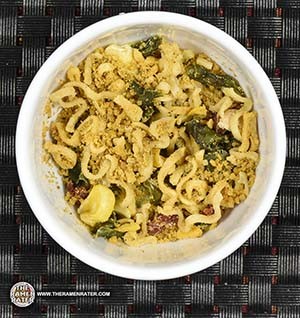 Loose bits of vegetable and seasoning from the cup. 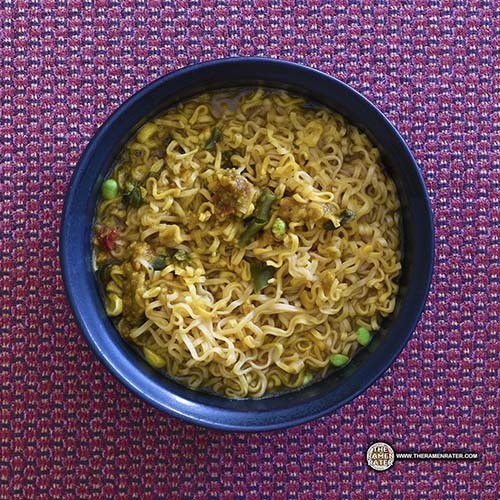 Finished (click to enlarge). The noodles were decently hydrated and had a light chew. The flavor was a nice masala with a kind of funky back to it I wasn’t altogether appreciative of. Not a huge amount of broth here although the included garnish was rampant throughout. 3.5 out of 5.0 stars.  EAN bar code 8901014004737.

A History of India