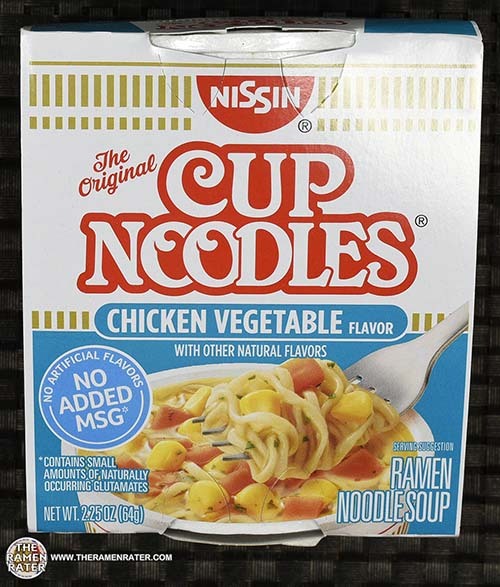 I think this is the last of the new versions of the Cup Noodles from the USA. They changed the recipe last year to commemorate the 45th anniversary of Cup Noodles. Here’s a little from Wikipedia about the history of Cup Noodles –

In 1970, Nissin formed the subsidiary Nissin Foods (USA) Co. Inc, to sell instant noodles in the United States. Nissin recognized that the bowls traditionally used to package instant noodles in Asia were not common in the U.S, so they used the paper cup designed by Ron R. Matteson. In 1971, they introduced instant ramen packaged in a foam cup. In 1978, Nissin Foods offers new varieties of Top Ramen and Cup O’ Noodles. The product was known as Cup O’ Noodles in the United States until 1993.[citation needed]

Today, instant noodles in Japan are often sold in foam bowls, sometimes with plastic utensils. Foam bowls are inexpensive, disposable, light, and easy to hold, since they insulate heat well. In 2016 the US version was changed, reducing sodium and removing MSG and artificial flavors. 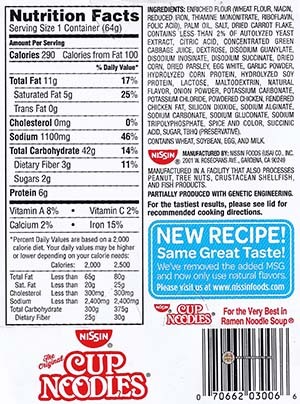 Here’s the back of the package (click to enlarge). Contains chicken. To prepare, add boiling water to fill line and cover for 3 minutes. Finally, stir and enjoy! 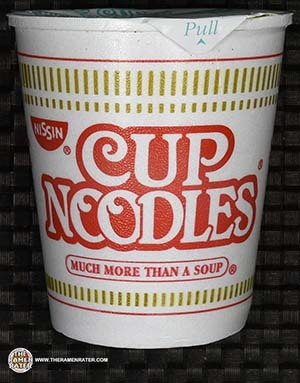 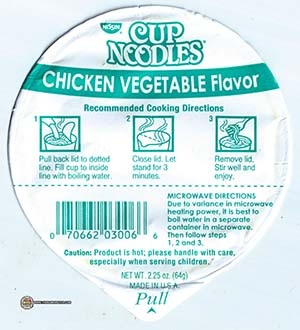 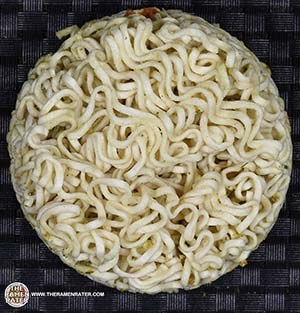 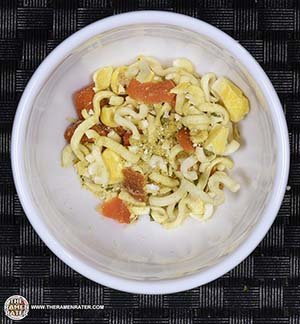 Some of the loose seasoning and garnish from the cup. 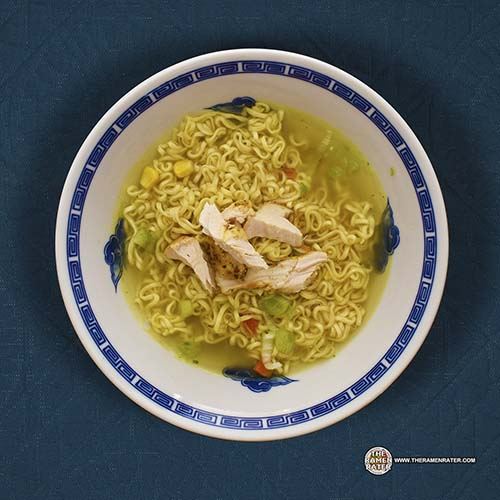 Finished (click to enlarge). Added baked chicken and spring onion. The noodles hydrated well enough – they have a slight crumble to them. The broth doesn’t exactly scream chicken to me; more vegetable. The included bits of vegetable hydrated nicely and were of decent quality. 2.25 out of 5.0 stars. UPC bar code 070662030066.

A new TV spot from Nissin.