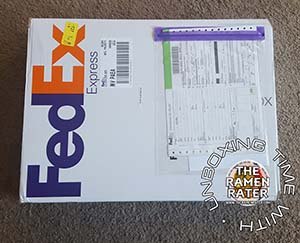 I remember discussing moon cake with my contact over at Prima Taste just around a year ago. They mentioned that they made it too – they are primarily a flour company and so make lots of different products that use flour as a main ingredient – instant noodles, bread mix, moon cakes, etc. October 4th this year is the big Mid Autumn Festival over in Asia and moon cakes are a big part of it. They are very dense and ornate and come in very ornate packages for the auspicious occasion. Let’s see what they sent!

So I’ve decided to complicate my life a little – in a way I thought would be interesting – by doing video unboxings of everything I get from readers and noodle companies. Today, my daughter Miriam joins me in trying some moon cake.

Here’s some additional info from Wikipedia –

A mooncake (simplified Chinese: 月饼; traditional Chinese: 月餅; pinyin: yuè bĭng; Jyutping: jyut6 beng2; Yale: yuht béng) is a Chinese bakery product traditionally eaten during the Mid-Autumn Festival (中秋節). The festival is for lunar appreciation and moon watching, when mooncakes are regarded as an indispensable delicacy. Mooncakes are offered between friends or on family gatherings while celebrating the festival. The Mid-Autumn Festival is one of the four most important Chinese festivals.

Typical mooncakes are round pastries, measuring about 10 cm in diameter and 3–4 cm thick. This is the Cantonese mooncake, eaten in Southern China in Guangdong, Hong Kong, and Macau. A rich thick filling usually made from red bean or lotus seed paste is surrounded by a thin (2–3 mm) crust and may contain yolks from salted duck eggs. Mooncakes are usually eaten in small wedges accompanied by tea. Today, it is customary for businessmen and families to present them to their clients or relatives as presents,[1] helping to fuel a demand for high-end mooncakes. A considerable amount of waste is also produced. According to the Wall Street Journal’s China edition, as many as two million mooncakes are thrown away each year in Hong Kong alone,[2] not to mention the often voluminous packaging.

Due to China’s influence, mooncakes and Mid-Autumn Festival are also enjoyed and celebrated in other parts of Asia. Mooncakes have also appeared in western countries as a form of delicacy.[3][4][5][6][7]

he festival is intricately linked to legends of Chang E, the mythical Moon Goddess of Immortality. According to the Liji, an ancient Chinese book recording customs and ceremonies, the Chinese Emperor should offer sacrifices to the sun in spring and the moon in autumn. The 15th day of the 8th lunar month is the day called “Mid-Autumn”. The night on the 15th of the 8th lunar month is also called “Night of the Moon”. Under the Song Dynasty (420), the day was officially declared the Mid-Autumn Festival.[citation needed]

Many types of fillings can be found in traditional mooncakes according to the region’s culture:[original research?]