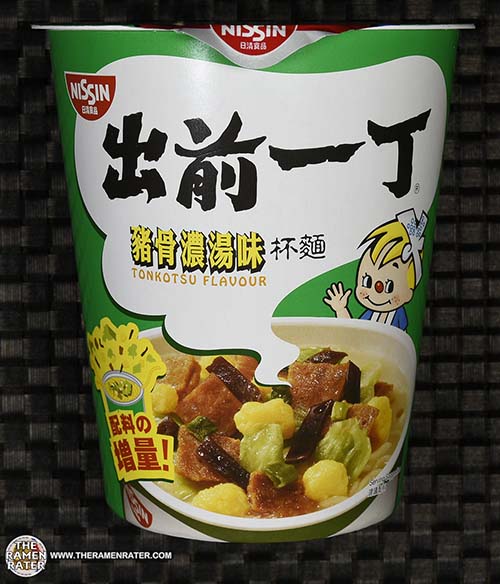 Today we’ve got yet another one from the massive amount of varieties left over from the Nissin Hong Kong Meet The Manufacturer. Seems like I just keep pulling them out of the hamper again and again! It’s a good thing though – the more the merrier and these days, it is getting harder to find varieties locally to review. So gotta make sure to give everything a try. Tonkotsu is a classic Japanese ramen variety. Most of all, tonkotsu is famous for it’s milky pork bone broth. Next, a little more info from Wikipedia:

Tonkotsu (豚骨, “pork bone”; not to be confused with tonkatsu) ramen has a cloudy white colored broth. It is similar to the Chinese baitang (白湯) and has a thick broth made from boiling pork bones, fat, and collagen over high heat for many hours, which suffuses the broth with a hearty pork flavor and a creamy consistency that rivals milk, melted butter or gravy (depending on the shop). Most shops, but not all, blend this pork broth with a small amount of chicken and vegetable stock and/or soy sauce. The noodles are thin and straight, and it is often served with beni shoga (pickled ginger). In recent years the latest trend in tonkotsu toppings is māyu (sesame oil), a blackish, aromatic oil made from either charred crushed garlic or Sesame seeds. It is a specialty of Kyushu, particularly Hakata-ku, Fukuoka (hence sometimes called “Hakata ramen“).

Now, let’s give this one a look.

Detail of the side panels (click to enlarge). Contains pork. To prepare, add boiling water to fill line and cover for 3 minutes. Add in contents of sachet. Finally, stir and enjoy! 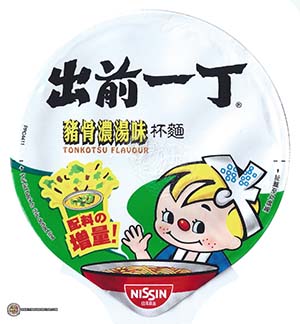 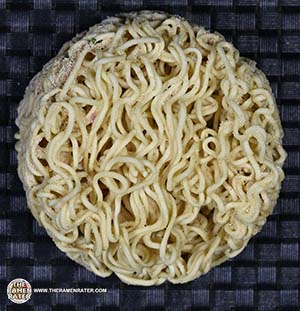 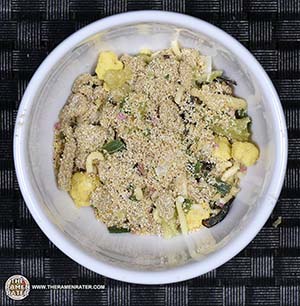 Loose seasonings and garnish in the cup. 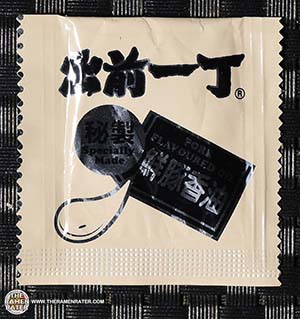 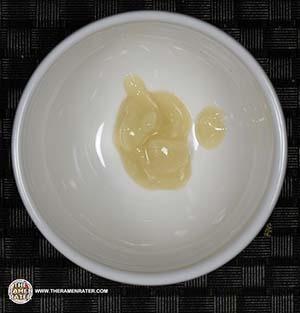 The oil has a pork tonkotsu scent to it. 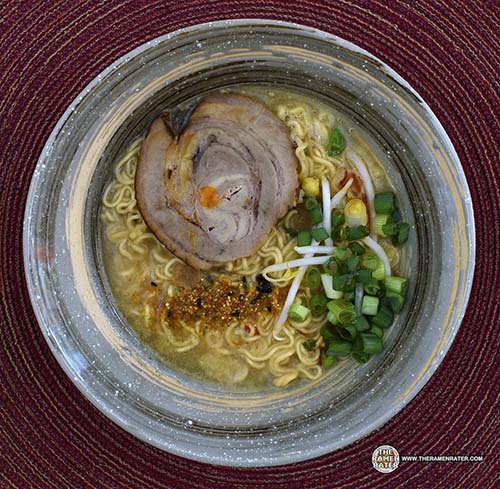 Finished (click to enlarge). Added chashu pork, Salad Cosmo mung bean sprouts, shichimi togarashi, chilli oil and spring onion. First, the noodles hydrate perfectly in three minutes. Moreover, they have a good quantity and quality. Furthermore, they have a thin gauge and are round. Second the broth has a nice oiliness to it and a creamy pork tonkotsu taste. Finally, the included vegetable and egg hydrate very well. 3.75 out of 5.0 stars. EAN bar code 4897878150021.

A Nissin Foods Hong Kong TV advertisement. However not only are their spicy products a feature, but Yo-Kai Watch as well.