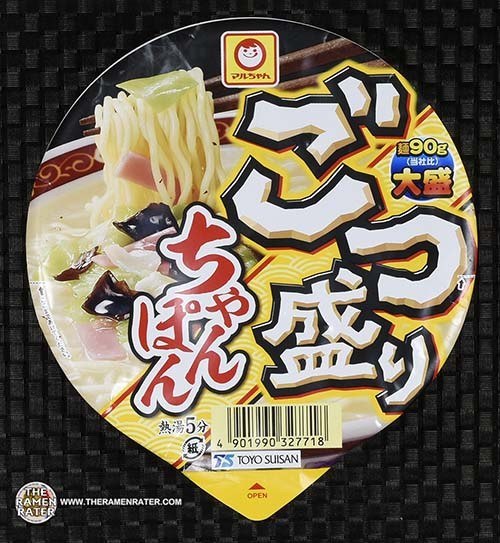 Here’s one from Javier over at www.BoxFromJapan.com, a service where you can get a monthly box of interesting ramen from Japan! So this one is a chanpon variety – here’s something from Wikipedia about chanpon –

Champon (ちゃんぽん Chanpon?), also known as Chanpon, is a noodle dish that is a regional cuisine of Nagasaki. There are different versions in Japan, Korea and China. The dish was, inspired from the cuisine of China. Champon is made by frying pork, seafood and vegetables with lard; a soup made with chicken and pig bones is then added. Ramen noodles made especially for champon are added and then boiled. Unlike other ramen dishes, only one pan is needed as the noodles are boiled in the soup. Depending on the season and the situation, the ingredients differ. Hence the taste and style may depend on the location and time of year.[citation needed]

Champon was first served by Shikairō (四海楼?), a Chinese restaurant in Nagasaki. According to the restaurant, it was based on a dish in Fujian cuisine, tonniishiimen (湯肉絲麵?).[1] In the middle of the Meiji period, the owner saw a need for a cheap, filling meal that suited the palates of hundreds of Chinese students who came to Japan for school. Nowadays, champon is a popular specialty food (or meibutsu) of Nagasaki.[2]

Let’s have a look at this interesting chanpon variety from Japan!

Detail of the side panels (click to enlarge). Contains seafood and possibly pork. To prepare, add dry sachets to bowl and fill to line with boiling water. Let steep 5 minutes. Add liquid base. Finally, stir and enjoy! 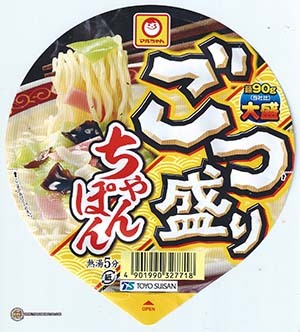 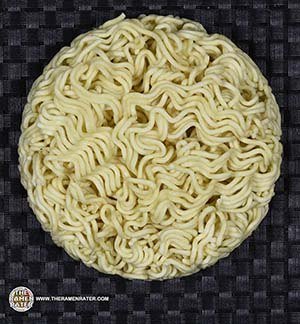 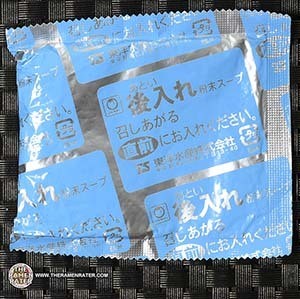 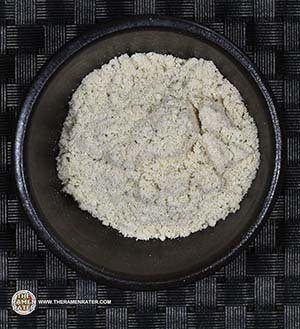 A speckled and fluffy powder. 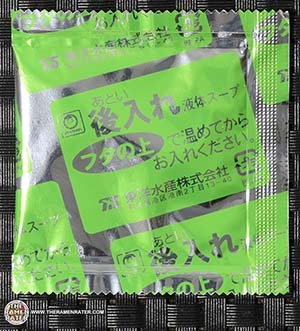 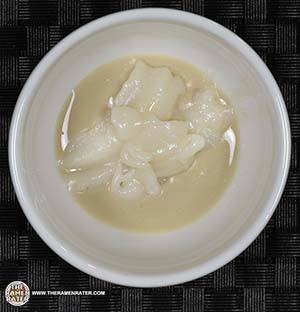 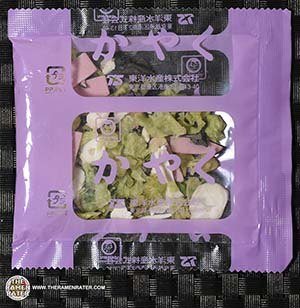 A vegetable and seafood sachet. 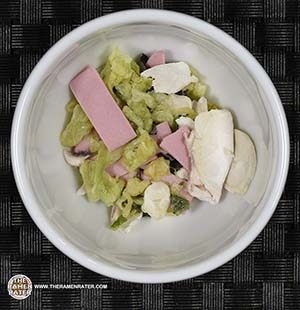 Lots of different things in there. 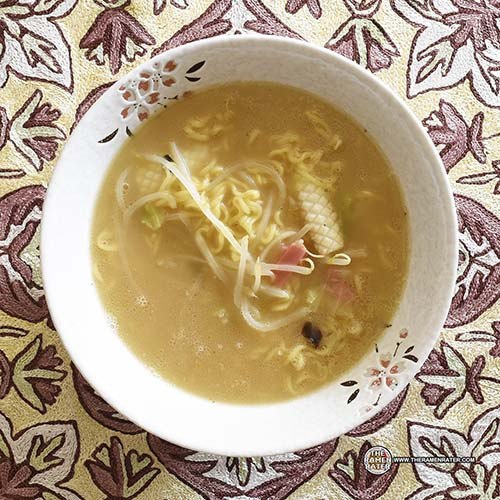 Finished (click to enlarge). Added Salad Cosmo mung bean sprouts and carved squid. The noodles hydrated very well and are better than expected. The broth is like a creamy seafood flavor with little bits throughout – very tasty and nice. 4.5 out of 5.0 stars. JAN bar code 4901990327718.

A Maruchan advert from Japan