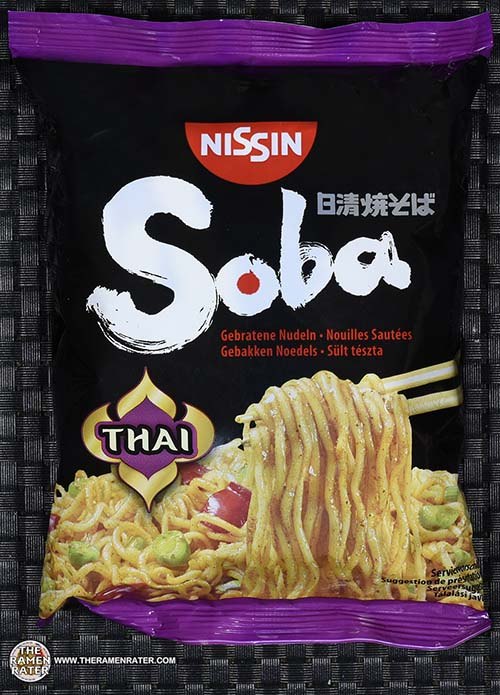 Here’s the last of the Soba varieties I’ve got here. I’m very curious about Thai; is it tom yum? Is it full of basil? This Soba is short for yakisoba – a little on yakisoba from Wikipedia –

Yakisoba (焼きそば?), literally “fried buckwheat,” or sōsu yakisoba (ソース焼きそば?) (the same, but in sauce). It first appeared in food stalls in Japan during the early 20th century.[1] Although soba means buckwheat, typically suggesting noodles made from that flour in mainland Japan, yakisoba noodles are made from wheat flour. Yakisoba is typically flavored with a condiment similar to oyster sauce.

It is prepared by frying ramen-style noodles with bite-sized pork, vegetables (usually cabbage, onions or carrots) and flavored with yakisoba sauce, salt and pepper. It is served with a multitude of garnishes, such as aonori (seaweed powder), beni shoga (shredded pickled ginger), katsuobushi (fish flakes), and mayonnaise.

Indeed, it could be anything – but I’m definitely going to find out! 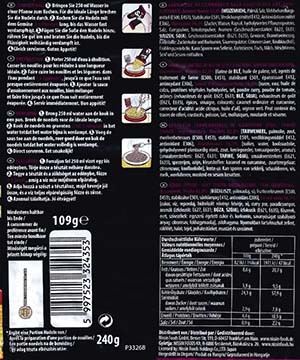 Here’s the back of the package (click to enlarge). Looks to be meat free but check for yourself. To prepare, add noodle block and vegetables sachet to 250ml boiling water and cook until water is soaked up by the noodles. Add in liquid sachet. Finally, stir and enjoy! 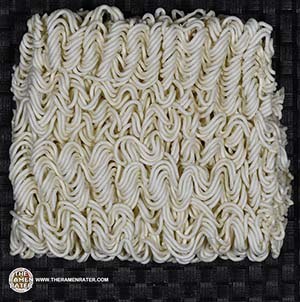 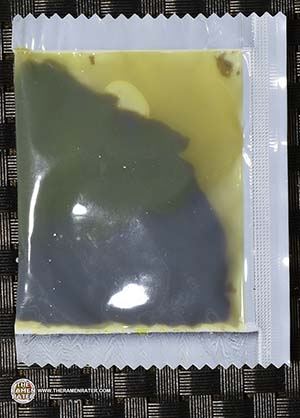 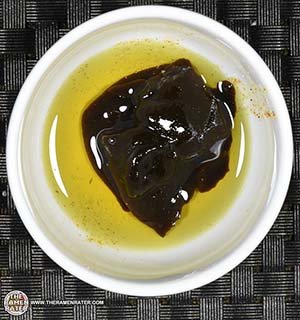 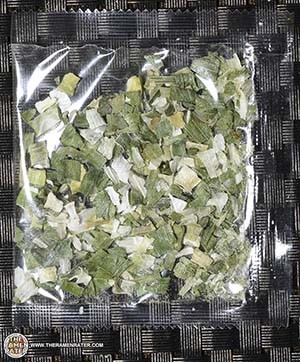 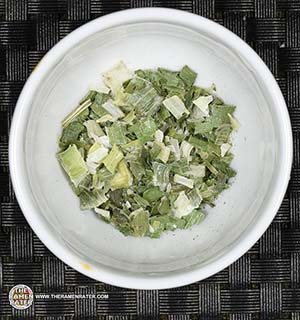 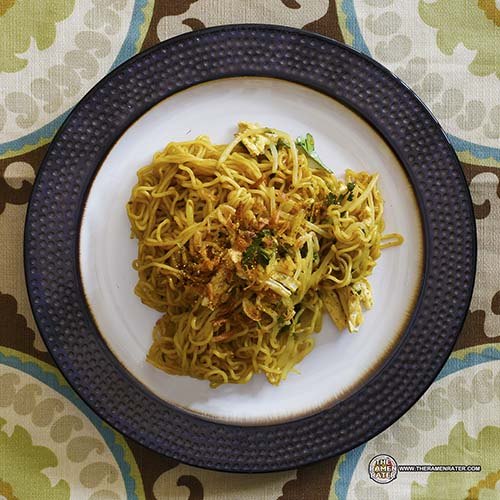 Finished (click to enlarge). Added fried onion, Salad Cosmo mung bean sprouts, coriander and baked chicken with a little chilli flake on top. The noodles came out really well, although I like the ones in the cup version a tad better. The flavor is a slightly muted tom yum kind of deal, which actually works really well. 4.5 out of 5.0 stars. EAN bar code 5997523324353.