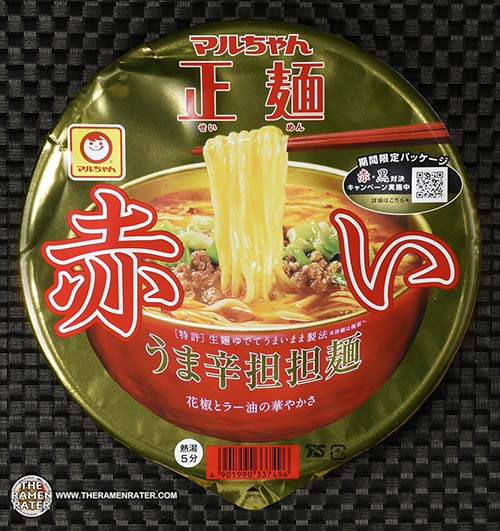 Here’s one from Javier over at www.BoxFromJapan.com – thank you! So Box From Japan is a subscription service – every month, you can get a different four bowls of instant ramen from Japan – pretty awesome!  This one’s dandanmen – let’s see what Wikipedia has to say about this variety –

The name refers to a type of carrying pole (dan dan) that was used by walking street vendors who sold the dish to passers-by. The pole was carried over the shoulder, with two baskets containing noodles and sauce attached at either end. As the noodles were affordable due to their low cost, the local people gradually came to call them dandan noodles, referencing the street vendors. Literally, the name translates as “noodles carried on a pole”, but may be better translated as “peddler’s noodles”.

There are a variety of English spellings. The first word may be either dandan, dundun or tantan, and the last word may also be spelled mein.

Detail of the side panels (click to enlarge). Probably contains meat and fish. To prepare, add 410ml boiling water and vegetable sachet and cover for 5 minutes. Add in powder and liquid sachets. Finally, stir and enjoy! 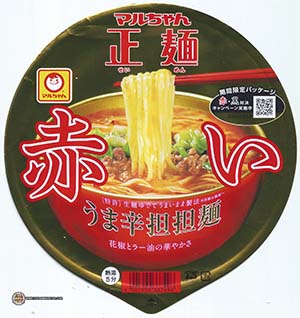 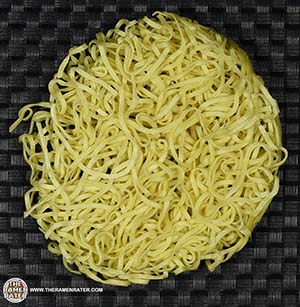 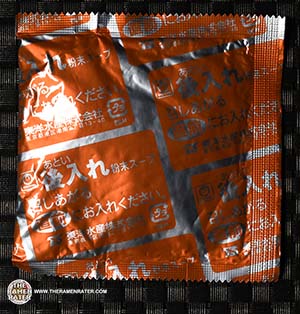 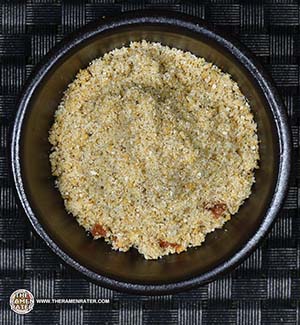 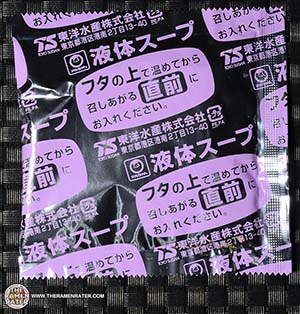 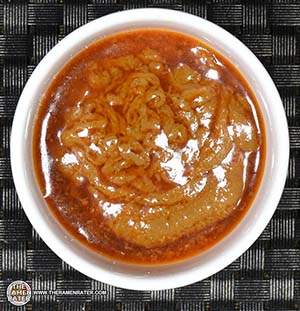 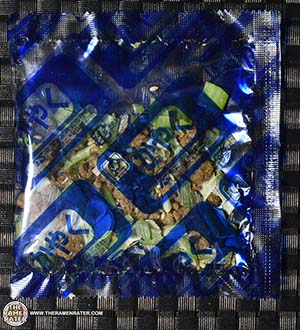 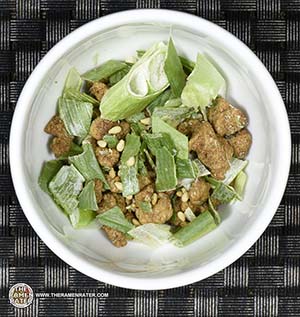 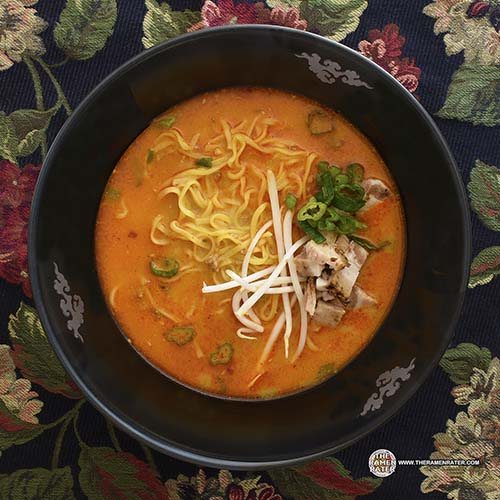 Finished (click to enlarge). Added Salad Cosmo mung bean sprouts, sliced chashu pork and spring onion. Noodles are awesome – chewy and very premium. Broth is very strong; salty and rich with a deep flavor. Indeed, I always get a taste of peanut in dandanmen. The included vegetables and mincemeat are quite good. 4.75 out of 5.0 stars. JAN bar code 4901990337496.