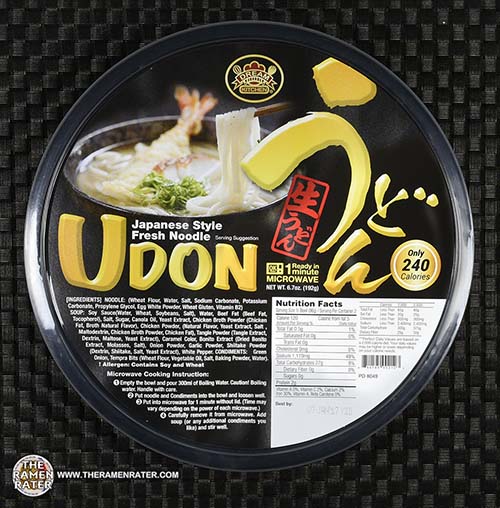 Here’s a bowl we found a little while back at Uwajimaya. So udon is definitely different from instant noodles – it’s a lot thicker. Let’s see what Wikipedia has to say about it:

Udon (饂飩?, usually written as うどん) is a type of thick wheat flournoodle of Japanese cuisine. Udon is often served hot as a noodle soup in its simplest form, as kake udon, in a mildly flavoured broth called kakejiru, which is made of dashi, soy sauce, and mirin. It is usually topped with thinly chopped scallions. Other common toppings include tempura, often prawn or kakiage (a type of mixed tempura fritter), or aburaage, a type of deep-fried tofu pockets seasoned with sugar, mirin, and soy sauce. A thin slice of kamaboko, a halfmoon-shaped fish cake, is often there. Shichimi can be there as well to taste.

Now you know about udon – let’s see how this Dream Kitchen variety fares. 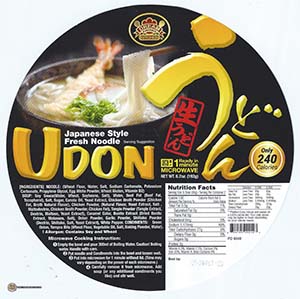 Detail of the lid (click to enlarge). Contains chicken, beef and fish. To prepare, add 300ml of boiling water to bowl and add in all but the powder base sachet. Stir a little to loosen the noodles. Then microwave uncovered for 1 minute. Add in soup sachet contents. Finally, stir and enjoy! 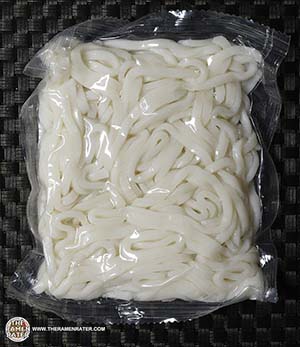 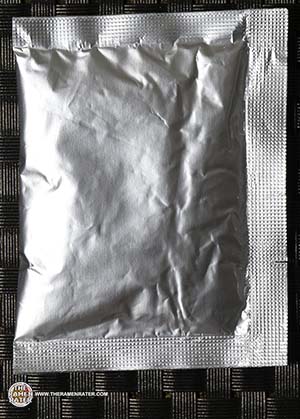 The soup base powder sachet. 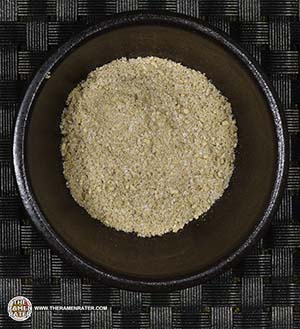 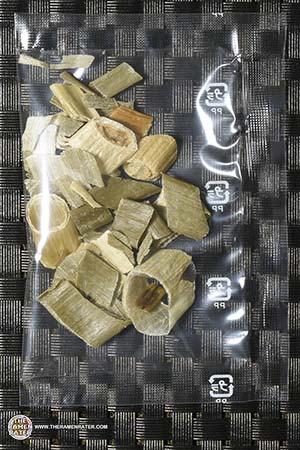 One of two garnish sachets. 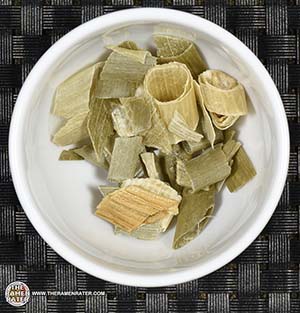 Green onion – and they are moist which I haven’t seen before. 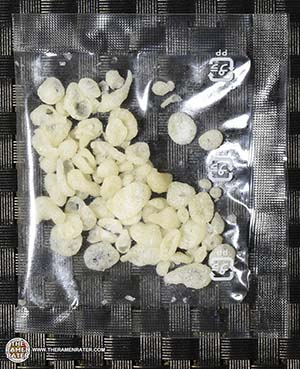 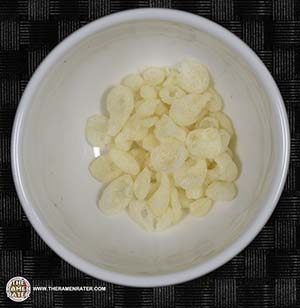 Here we have little bits of crunchy tempura. 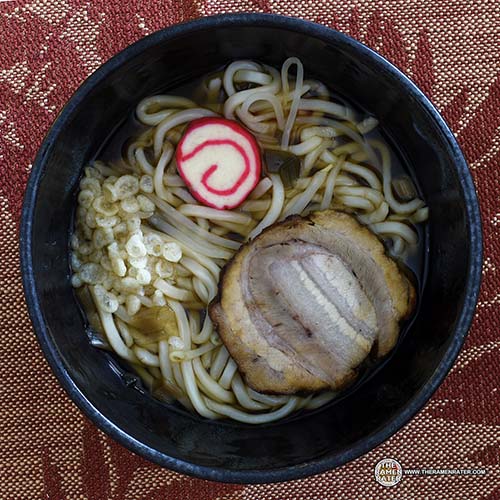 Finished (click to enlarge). Added narutomaki, chashu pork and Salad Cosmo mung bean sprouts. The udon came out just as expected. Indeed, they have a might chew and are thick., The broth has a good taste to it – kind of bonito, kind of meat. The supplied garnish went well with it. Better than I expected! 3.75 out of 5.0 stars. UPC bar code 85419500212.