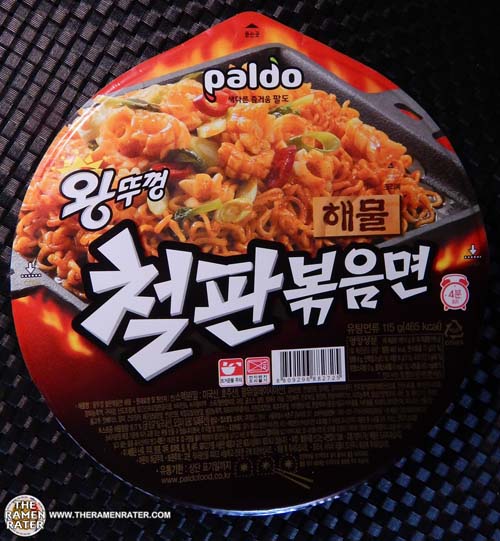 Here’s an interesting one I hadn’t seen before. First off, the pull tab is at the top of the bowl. My wife saw this one at a local Korean grocery called GMart. It’s funny; GMart used to be KSMart and before that it was Paldo World. A Mile or so away from GMart is Hmart. The #1 on my spicy list is by a grocery chain in South Korea Called EMart. As if that all wasn’t confusing enough, there’s a new Asian Food Center store in 130th and Aurora – where the old KMart used to be! Anyways, let’s check out this one from Paldo. 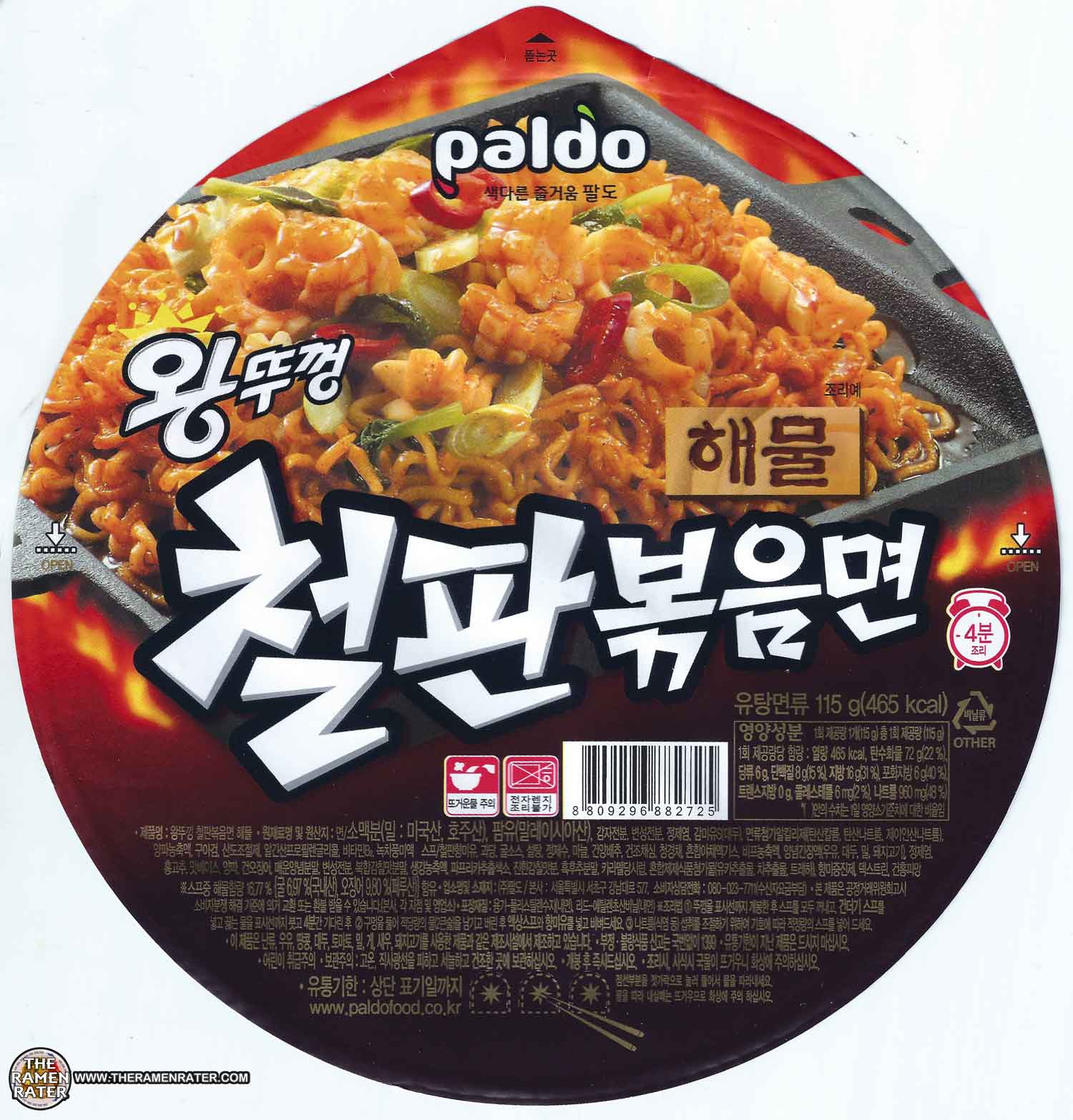 Detail of the lid (click image to enlarge). Contains fish. To prepare, open halfway and remove sachets. Add in contents of white veggie sachet and boiling water to fill line. Cover for 4 minutes. Poke holes in the spots shown on the lid and use as drain spout. Add in contents of remaining sachets and stir well. Enjoy! 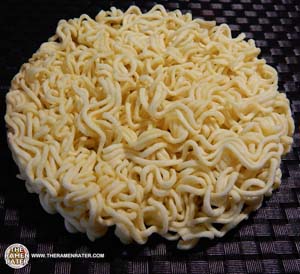 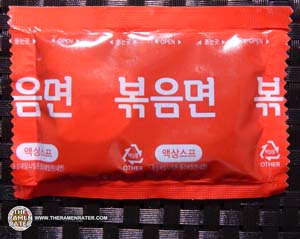 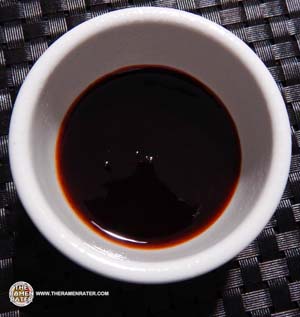 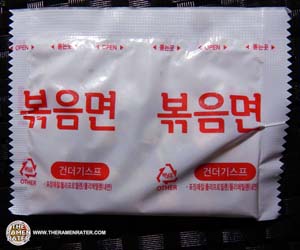 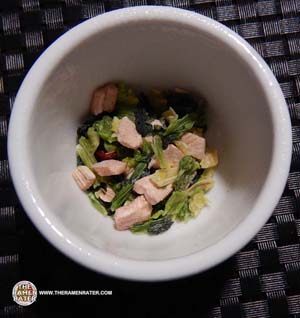 Lots of bits and pieces. 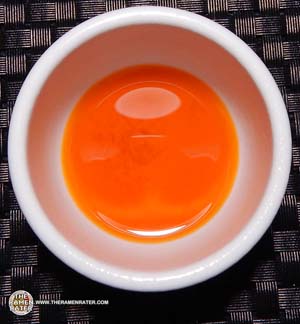 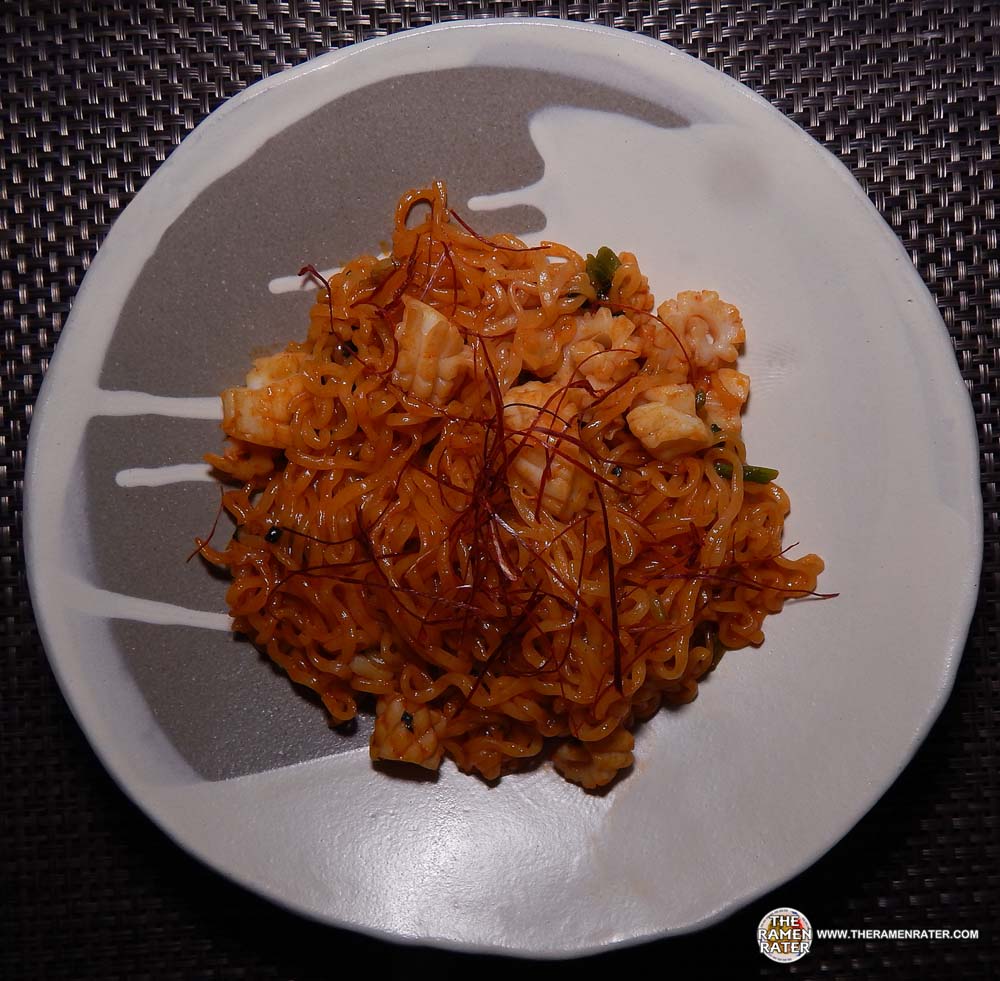 Finished (click image to enlarge). Added carved squid and sliced pepper. The noodles are of a good ramyun gauge – lots of them as well. The flavor is a kind of seafood and spicy thing and there’s a sweetness going on as well. The supplied vegetables did great – this was an amazingly good stir noodle! 5.0 out of 5.0 stars. EAN bar code 8809296882725.

I did this video around two years ago – it’s a recipe for Gol Bim Men – a nice tasty Summer dish that uses Paldo Bibim Men.