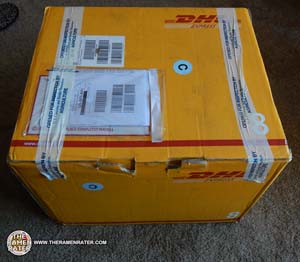 Didn’t expect such a big box! Let’s have a look inside! 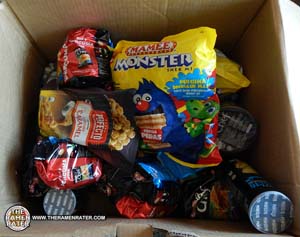 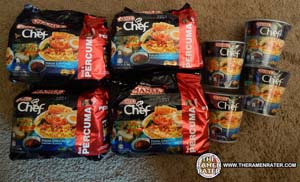 Rack and cup versions of Mamee Chef’s new Lontong Flavour instant noodles! I’m still trying to exactly understand what Lontong is completely, but from what I get out of what I’ve read, Lontong is compressed rice in a banana leaf. It sounds kind of like topokki, but a little different. Sounds interesting! Really looking forward to trying it. 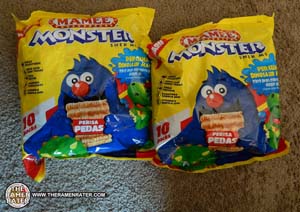 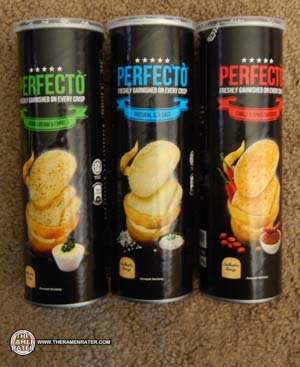 Mamee also makes a line of snack crisps – these are their Perfecto varieties – sea salt, sour cream and onion and a spicy chilli one. I’ve tried the sea salt and chilli varieties so far and really like them. 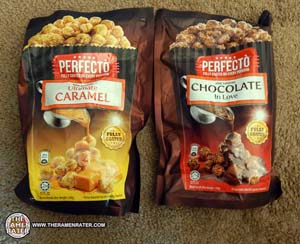 They also now make special popcorn! There’s caramel and chocolate covered varieties. What we liked about these is that they were just drenched with flavor; they had just the right amount. Thanks to everyone at Mamee Chef for sending these along! Can’t wait to review the new varieties!