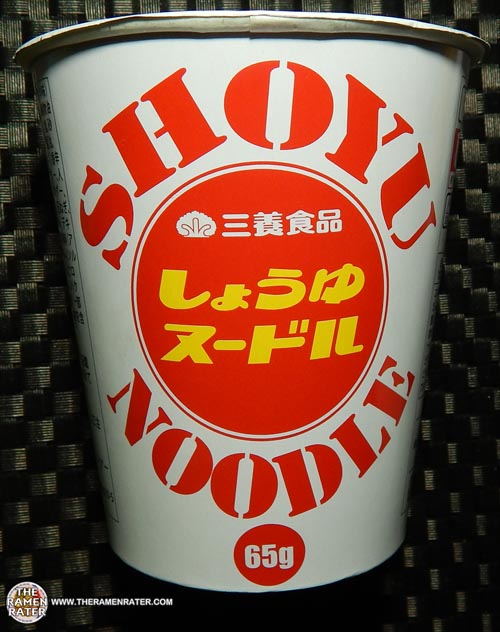 As I’ve said before, some companies will make products for different markets. Shoyu isn’t really a variety you’d generally see in South Korea, however Samyang Foods is making this one for the Japanese market. Shoyu is a very common variety of ramen in Japan – here’s a little about it from wikipedia:

Shōyu (“soy sauce”) ramen typically has a clear brown broth, based on a chicken and vegetable (or sometimes fish or beef) stock with plenty of soy sauce added resulting in a soup that is tangy, salty, and savory yet still fairly light on the palate. Shōyu ramen usually has curly noodles rather than straight ones, but this is not always the case. It is often adorned with marinated bamboo shoots or menma, green onions, kamaboko (fish cakes),nori (seaweed), boiled eggs, bean sprouts and/or black pepper; occasionally the soup will also contain chili oil or Chinese spices, and some shops serve sliced beef instead of the usual chāshū.

With that, let’s have a look at this shoyu flavor cup noodle. 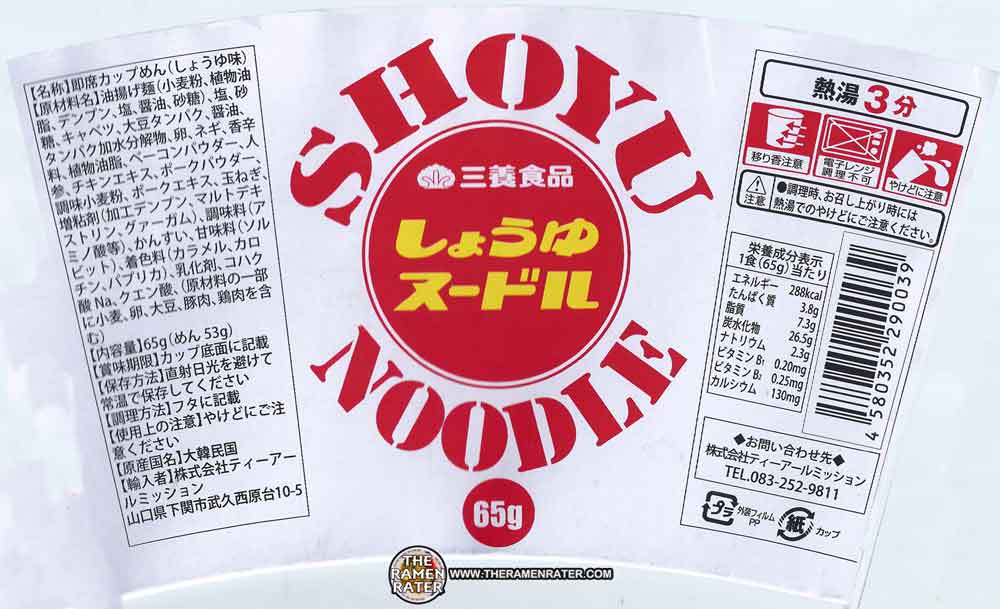 Detail of the side panels (click image to enlarge). To prepare, add in contents of sachet and boiling water to fill line. Cover and steep for 3 minutes. Stir and enjoy! 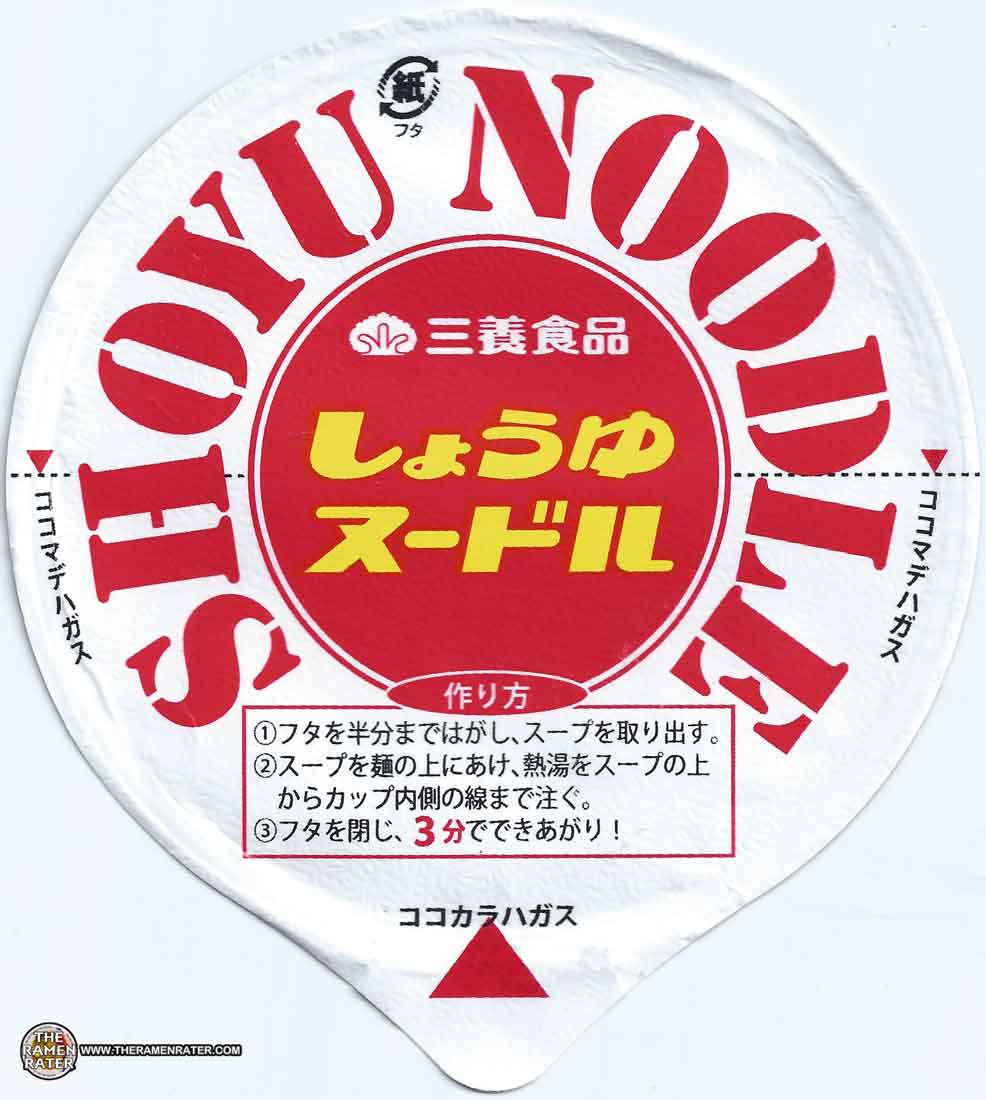 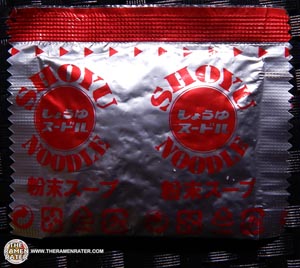 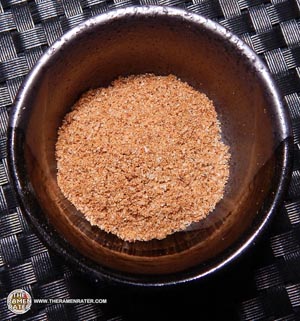 Has a soy sauce scent to it. 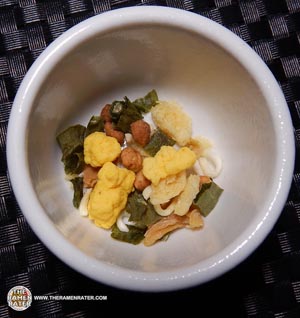 An interesting mixture – looks to have some TVP in there. 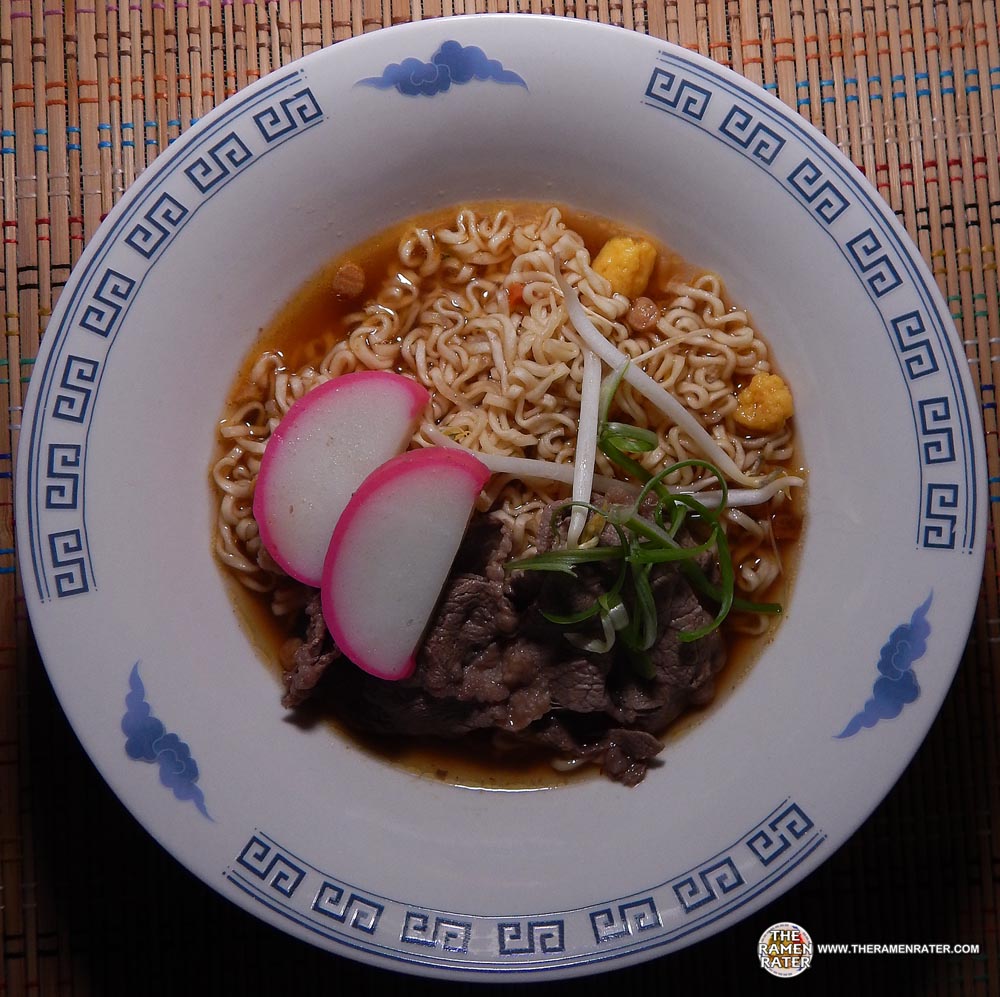 Finished (click image to enlarge). Added beef, kamaboko, spring onion and mung bean sprouts. The noodles had a very good gauge and chew – slightly flat and gorged on the broth. The broth had a soy and salty taste to it which was about as expected. The little bits hydrated well – the egg was a nice addition. 3.5 out of 5.0 stars.JAN bar code 4580352290039.