This was a welcome surprise – shio yakisoba! Shio is a popular variety of ramen, but I’ve never heard of it as a version of yakisoba before. Shio translates to salt in English, but that doesn’t mean that it”s just flavored with salt. Wikipedia has this to say about Shio ramen:

I thought the shrimp route would be a good go in this one, and I added a little extra twist in it as well. Let”s check it out! 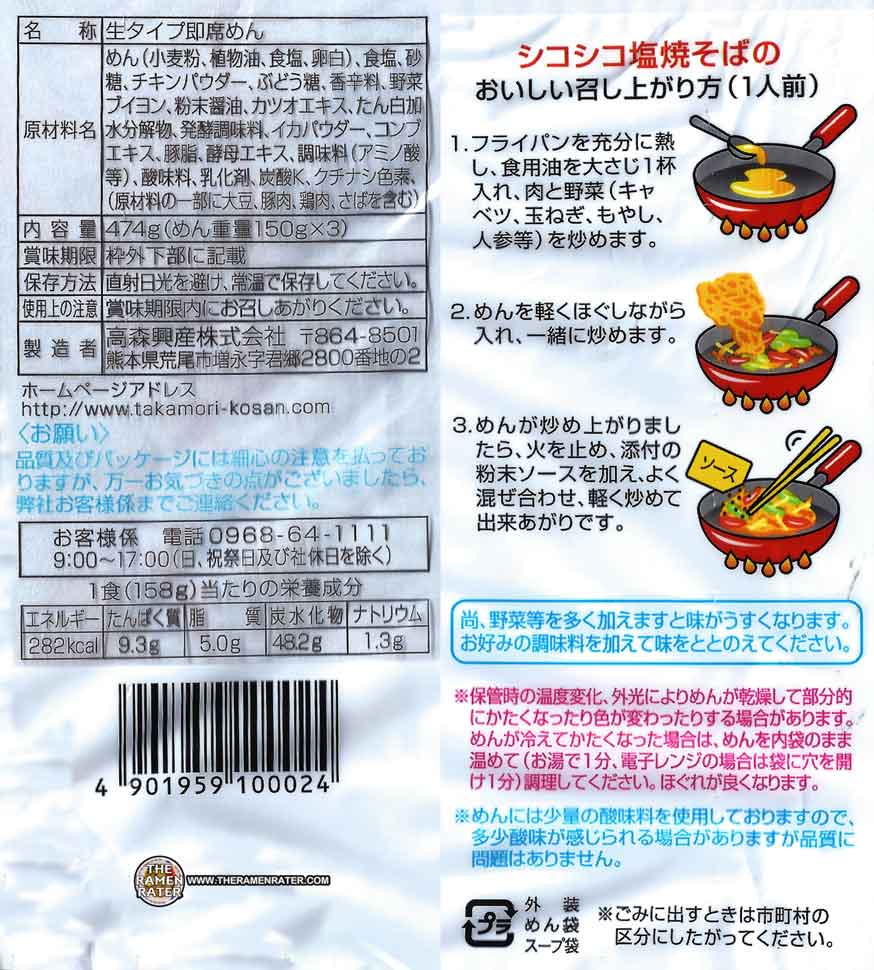 Here’s the back of the package (click image to enlarge). Not sure, but I’m guessing it contains fish. To prepare, heat oil in a pan and add seafood and veggies and cook a little,m then drop in the noodles and cook longer. Add the seasoning sachet contents and cook til done. Enjoy! 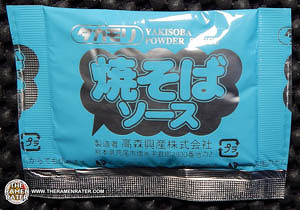 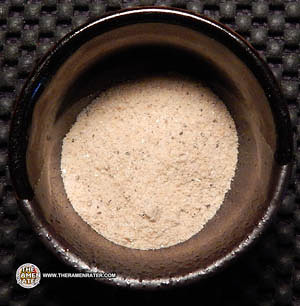 Has a light salt and buttery seafood scent. 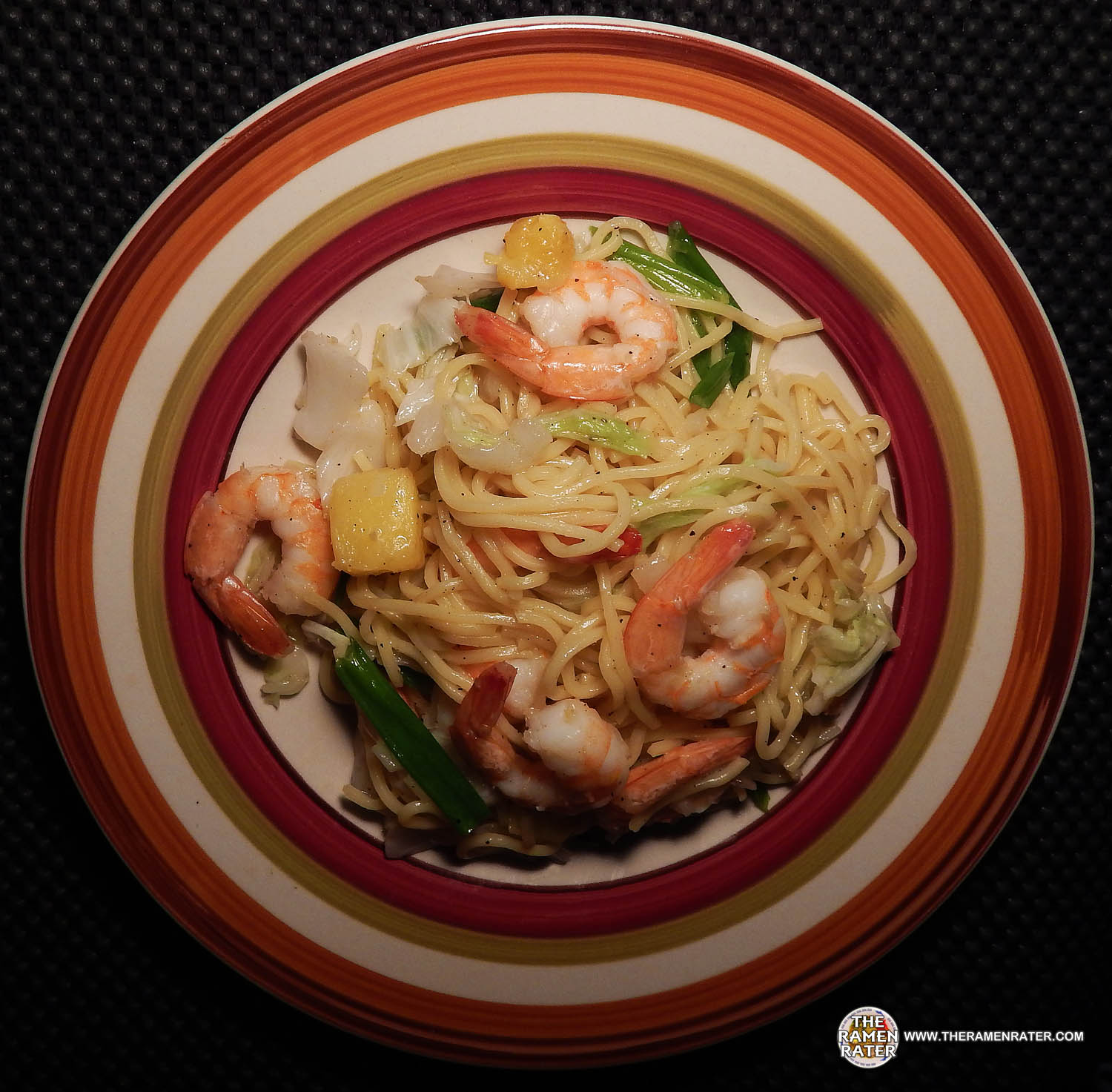 Finished (click image to enlarge). Added shrimp, cabbage, green onion, sweet onion and pineapple. The noodles have a great gauge and chewiness – spot on. The flavor is light; has a seafood taste with a hint of pepper. Worked really well. 4.0 out of 5.0 stars. UPC bar code 4901959100024.

So Takamori Kosan is located in Kumamoto, Japan. Komamoto has something really cool – a mascot! It’s name is Kuramon, and here is his song.