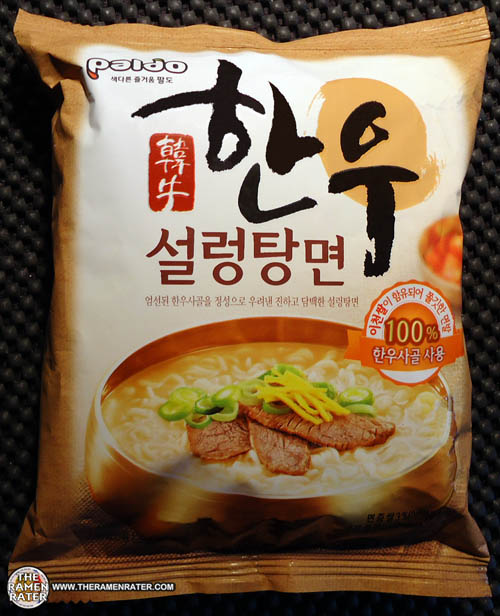 Korean beef soup is usually something that isn’t spicy; a departure from what people usually see in most ramyun varieties. Gomtang translates to ‘bear soup,’ but there’s no bear in there! It’s been – boiled for a long time. The ‘men’ at the end of gomtangmen is where the noodles come in. Men, myun, myeon and myon are all suffixes that mean noodles in Korean. I’ve had Paldo’s Gomtang variety in the gold packaging – that stuff is quite good. I’m very curious to find out how this one is. Let’s have a look. 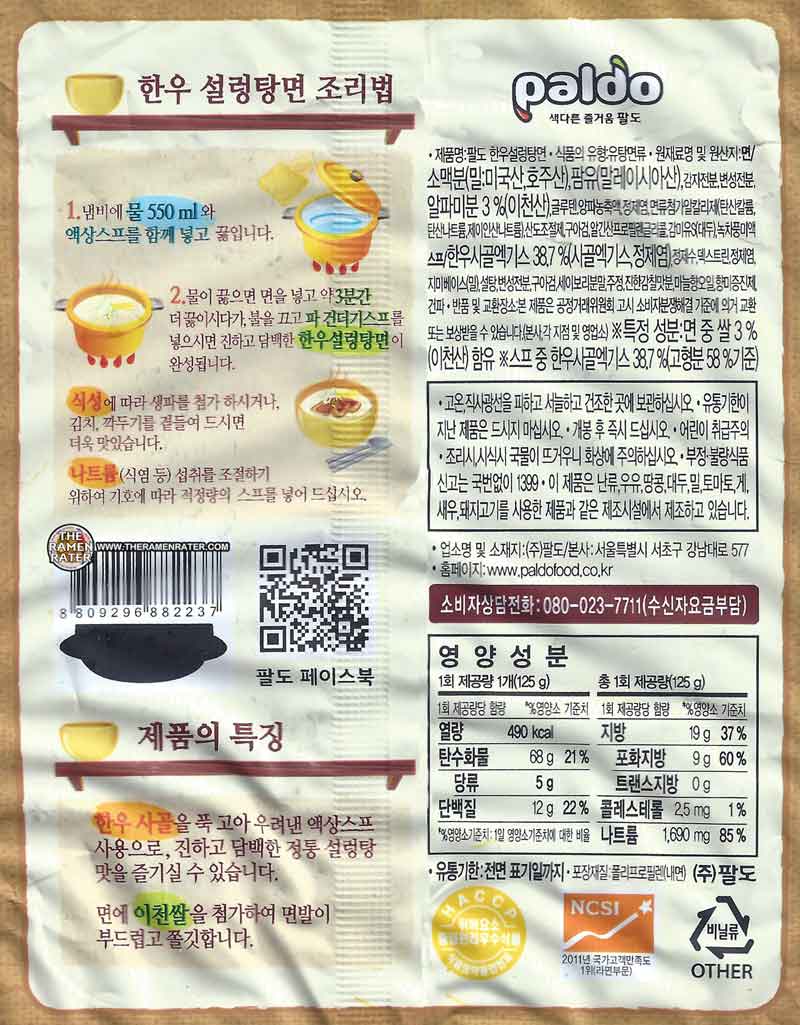 The back of the packaging (click image to enlarge). I can’t read Korean hangul, so I can’t let you know whether it looks like this pack contains meat or not. To prepare, boil 550ml water. Add the noodles and cook for 3 minutes. Add contents of the vegetable and liquid sachets, stir and enjoy. 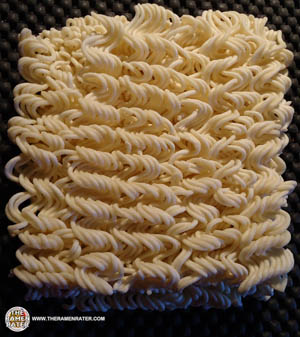 A large block of ramyun noodles. 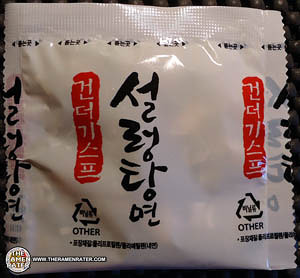 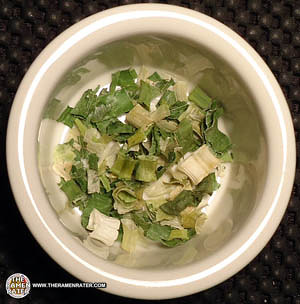 Looks like green onions and perhaps some mushroom and leeks. 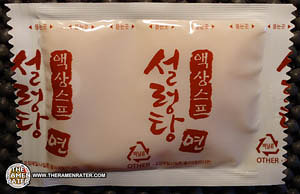 The liquid soup base sachet. 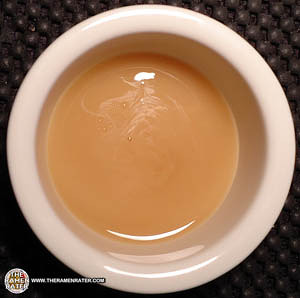 Has a hearty scent of beef. 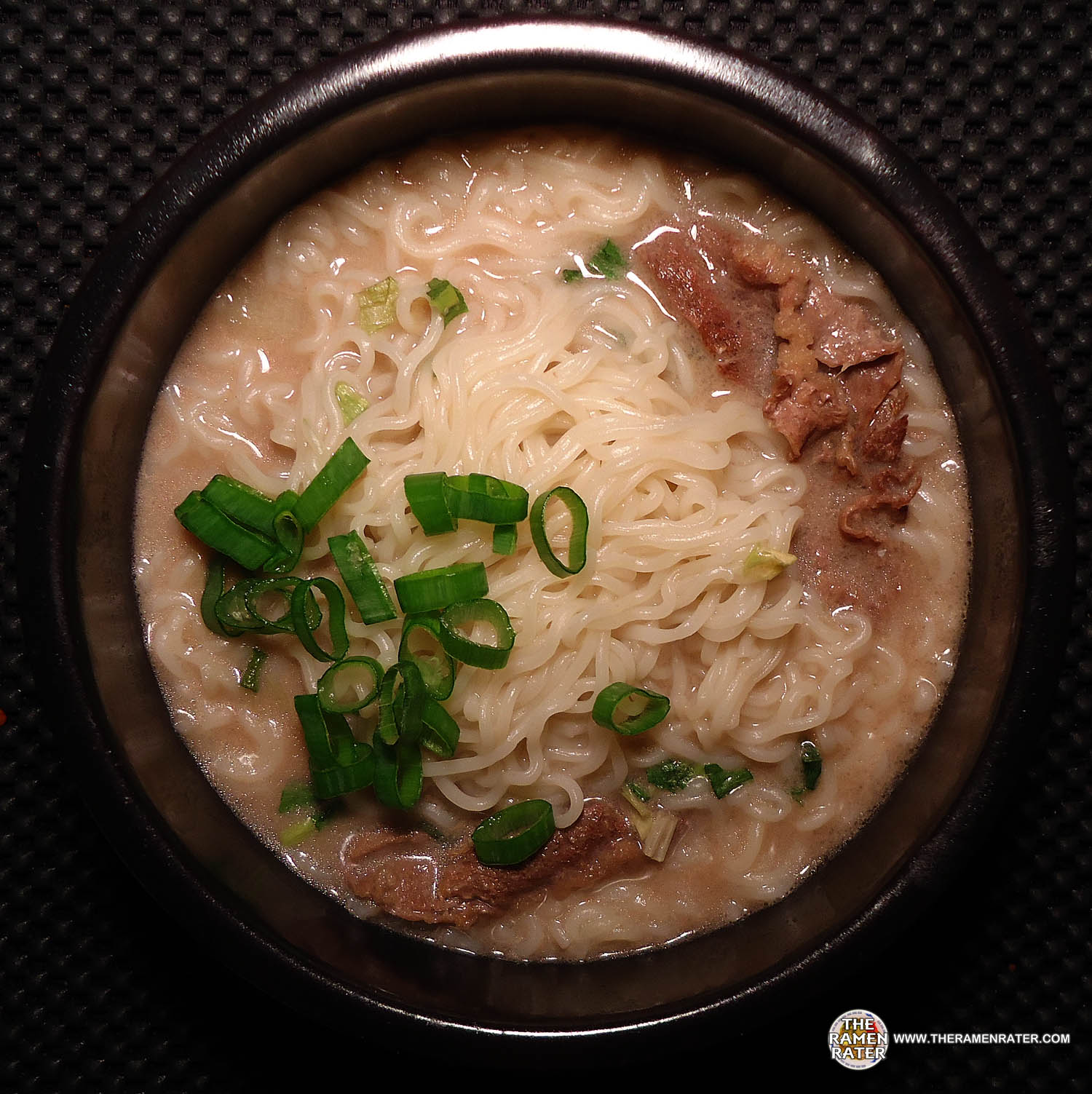 Finished (click image to enlarge). Added green onion and sukiyaki beef (after tasting, I added the beef and boiled with the noodles and broth). The noodles are nice and sturdy after three minutes of cooking and have a great texture and chewiness. A couple minutes later, they’ve gorged themselves a bit more on the broth and changed quite a bit – I like that. The broth has a very nice and rich beef flavor and it’s tasty, non-spicy and warm. This would be really great after hours out in the cold. The vegetables hydrated very well. 5.0 out of 5.0 stars.UPC bar code 8809296882237.