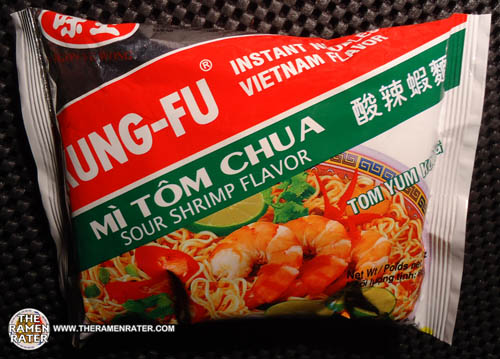 I recently got a nice box of samples from Duncan T. over at Gemini Food Corp in California. I’d already reviewed them, but I definitely wanted to re-review this one for sure. I last had this in my 97th review – over 1000 reviews ago. Curious about what I’ll think of it these days; it got a low rating at that time and looking at it now makes me think it can’t be that bad! But I guess we’ll see. Let’s check it out! 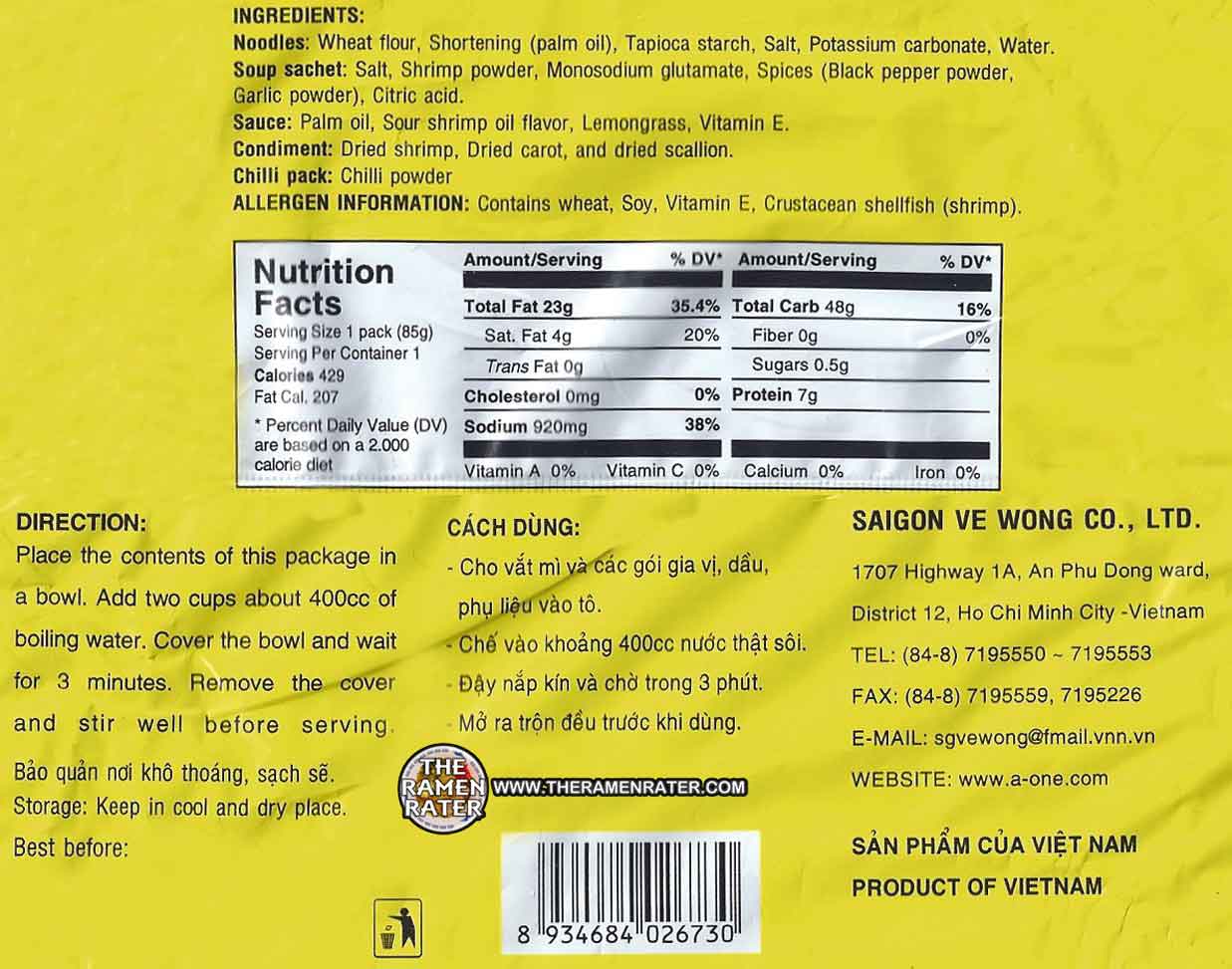 Here’s the back of the package (click image to enlarge). Contains shrimp. 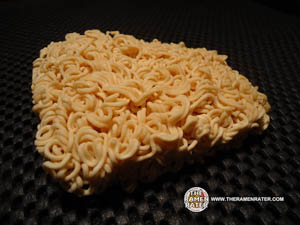 The noodle block. The noodles are really crunchy and tasty raw! 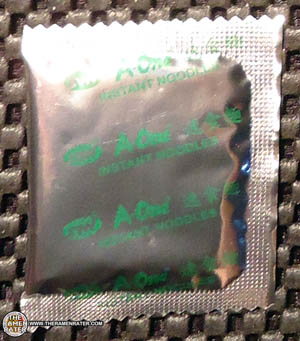 The first of four sachets, the soup base sachet. 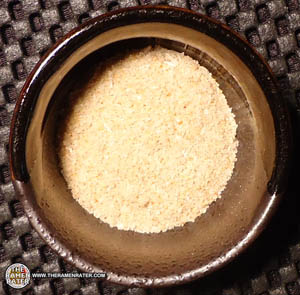 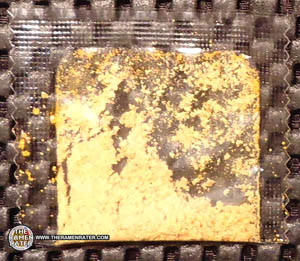 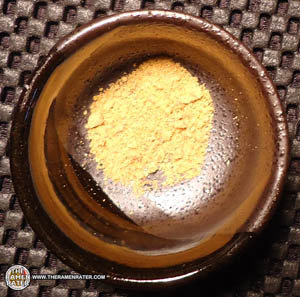 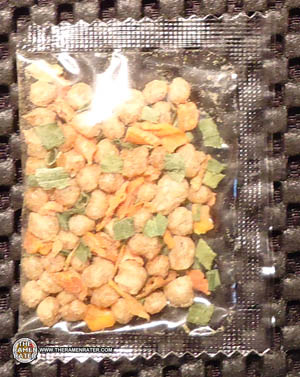 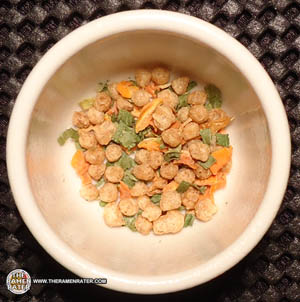 A mixture of shrimp, carrot and dried scallion. 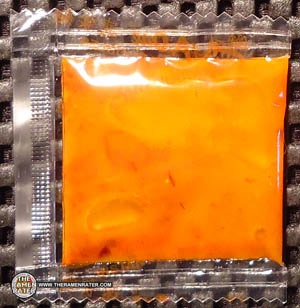 Finally, a liquid base sachet. 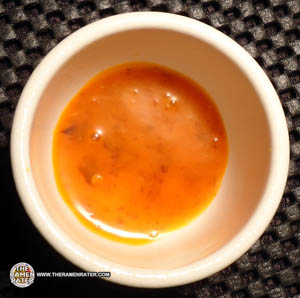 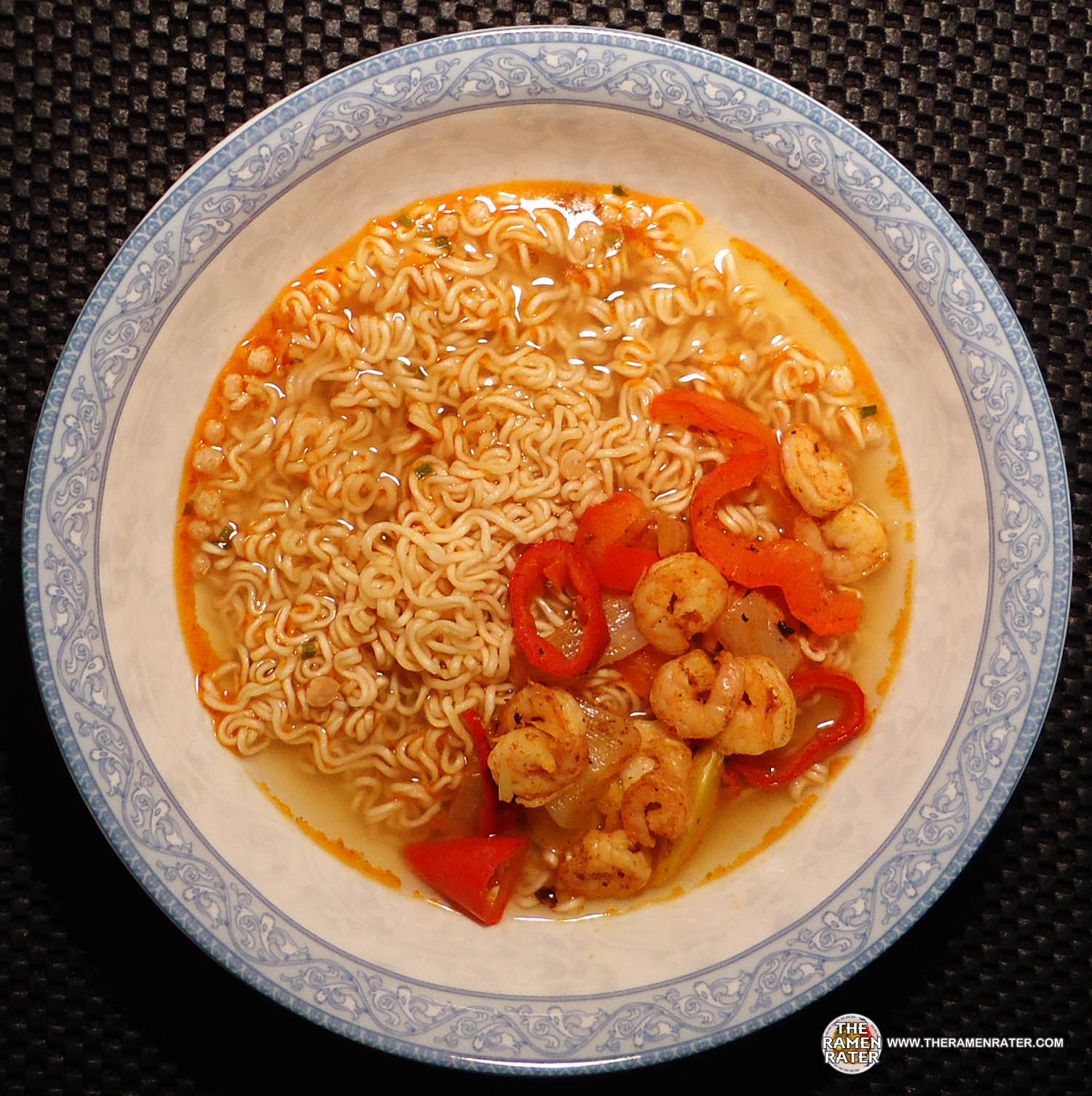 Finished (click image to enlarge). Added red, yellow and orange bell pepper, Walla Walla sweet onion and shrimp I sauteed. The noodles are pretty good. They’re a little chewier than expected but not overly so. The broth has a strong tom yum flavor – spicy and citrus – with a nice shrimp taste as well. The veggies were decent too. 3.75 out of 5.0 stars. UPC bar code 8934684026730.

Overseas instead of being called Kung-Fu, they’re called A-One. If you look at the first seasoning sachet you’ll see A-One’s logo. Here’s a public sampling of A-One noodles in Vietnam.