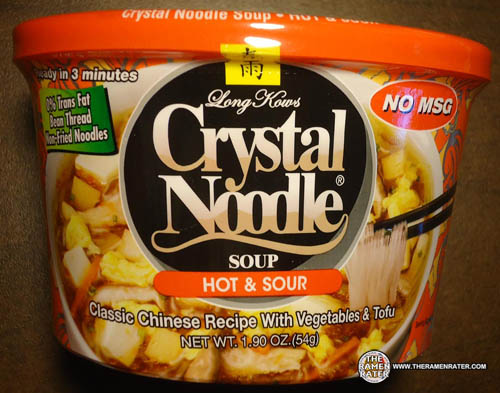 Here’s an interesting one. This one’s got bean thread, something I am not usually thrilled with. Let’s see what happens. 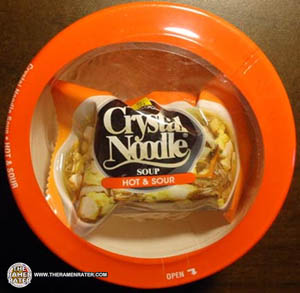 The lid is clear so you can see inside! 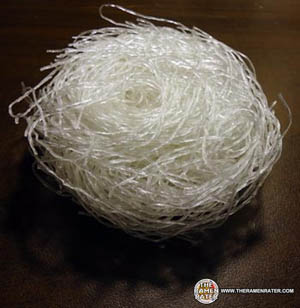 The bean thread whorl. I think it’s probably a nest or something; I don’t know what the correct term is. 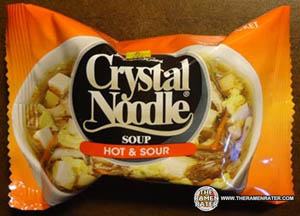 The seasonings come in their own fancy packet – as a block. 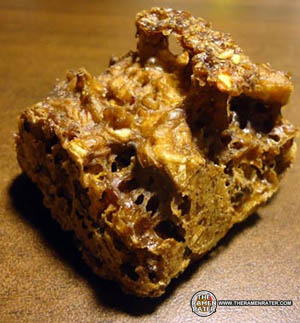 I decided this morning to make some banana bread with chocolate chips. Actually, this is the seasoning block! Crazy looking, eh? 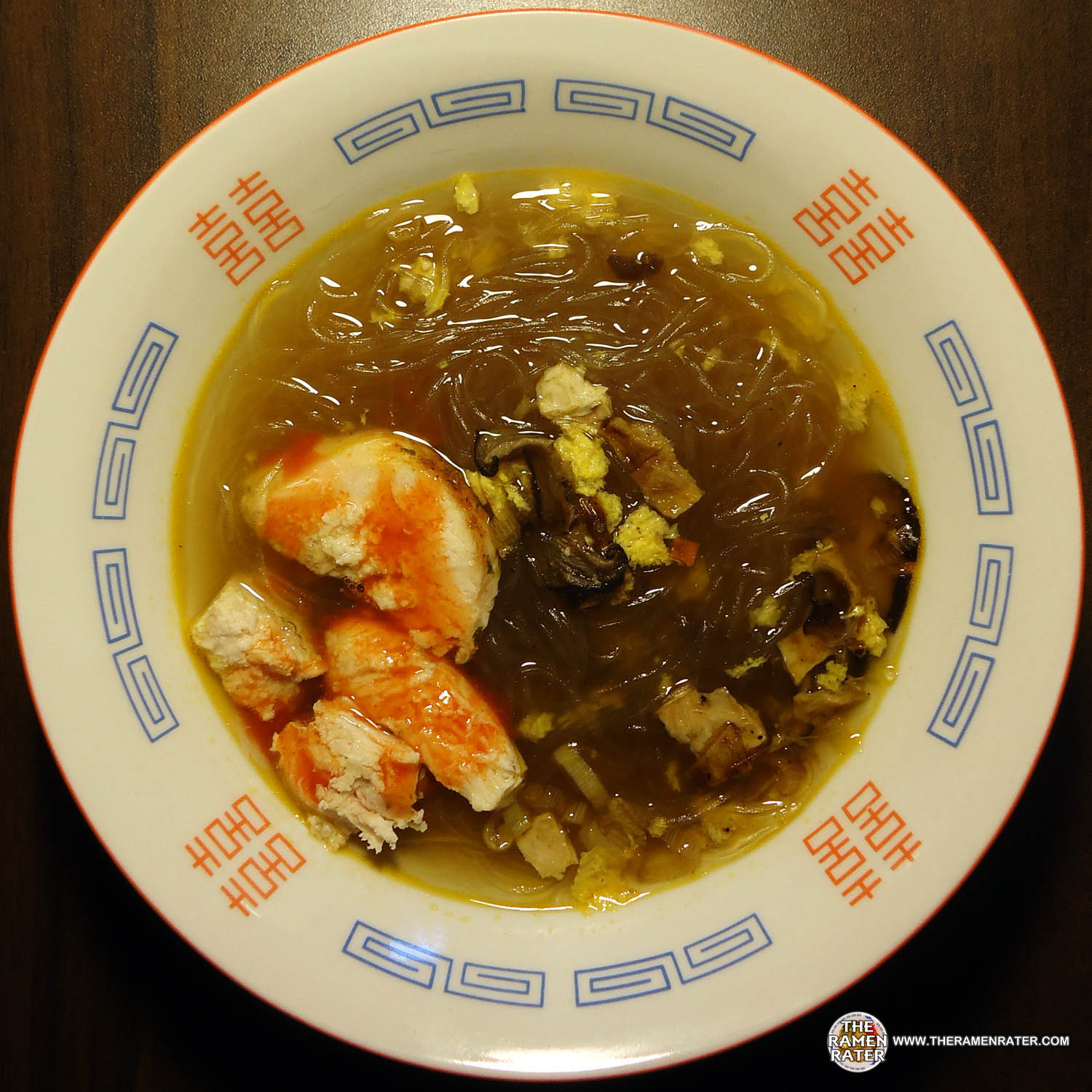 Finished (click image to enlarge). Added some baked chicken breast and a little Sylvia’s Queen of Soul Food hot sauce. Okay so the noodles aren’t too bad – not my favorite though. they’re clear and hard to break apart with the lips. The broth is pretty good – definitely a nice hot and soup soup flavor. The veggies and bits aren’t bad – they really go nicely with the hot and sour flavor. 3.5 out of 5.0 stars. Probably one of the best bean thread soups I’ve had yet. UPC bar code 086190000102 – get it here.

This is a wacky one!

A Monster Named Nian – The Story of Chinese New Year