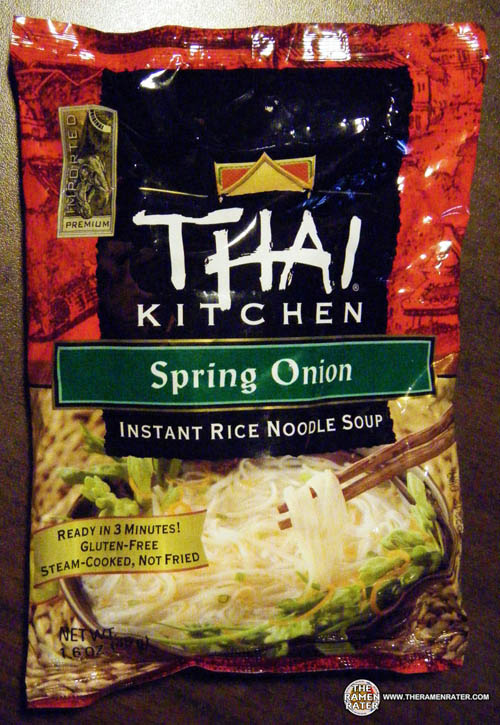 I’ve had the bowl version of this before, so I’m curious as to whether or not this is any different. We shall see! 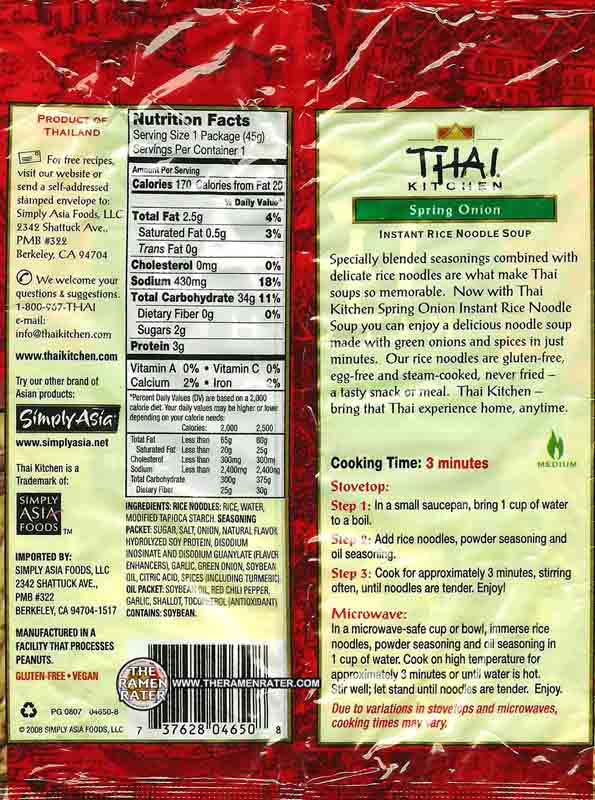 Click image to enlarge. Notice it’s gluten free and vegan for those of you needing that. I’m going to say that I would be hard-pressed to call this ‘medium-hot’ and more like a light heat; a hint of heat, a smidge or so. 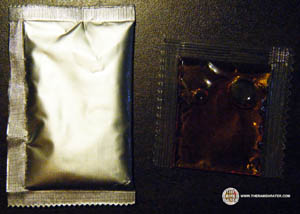 A packet of powder and some oil. 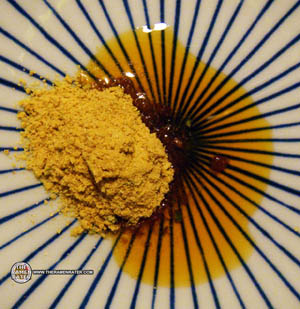 The oil is a chili oil and that’s where the heat claim is coming from. I don’t really detect any heat here to be honest, but maybe I have a sturdier palate than some. Really though I can’t taste any heat. 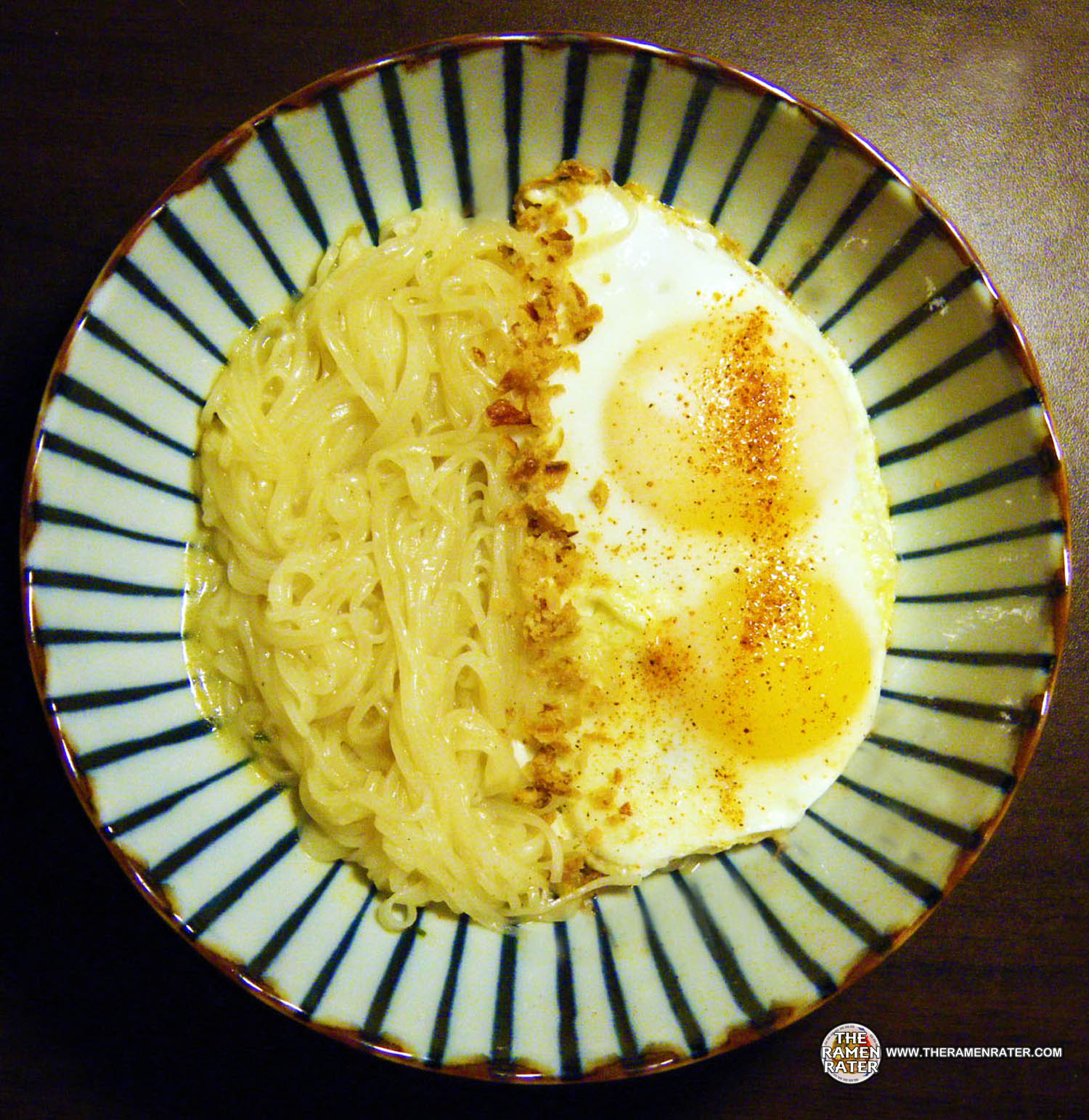 Click image to enlarge. Added a couple soft yolk eggs with a dash of Tony Chachere’s Creole seasoning and a nice line of fried shallot. This stuff was different than the bowl version in that the bowl version came out like a soup. This one came out more like a noodles and sauce kind of thing. The onion flavor was very nice – the noodles weren’t totally mushy but they were funky either which was cool. Also in the bowl version the noodles are in little inch and a half pieces; this was more like a nest of noodles. Good stuff – 3.75 out of 5.0 stars. Get some here.