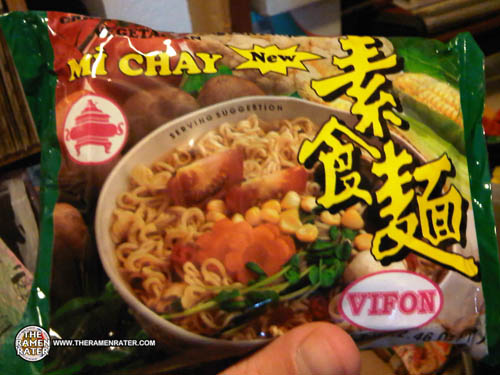 Some Vietnamese vegetarian noodles eh? Why not. 59 cents is pretty cheap too. The packaging is quite engaging with all the nice looking vegetable on it! 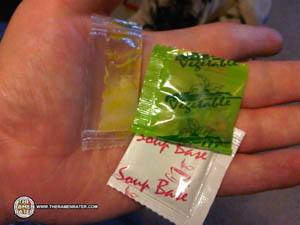 The flavoring packets are smaller than usual but at leeast there are three: powder base, veggies and oil. 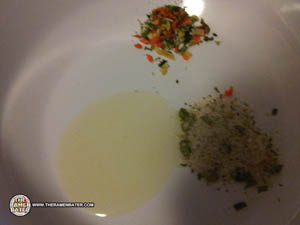 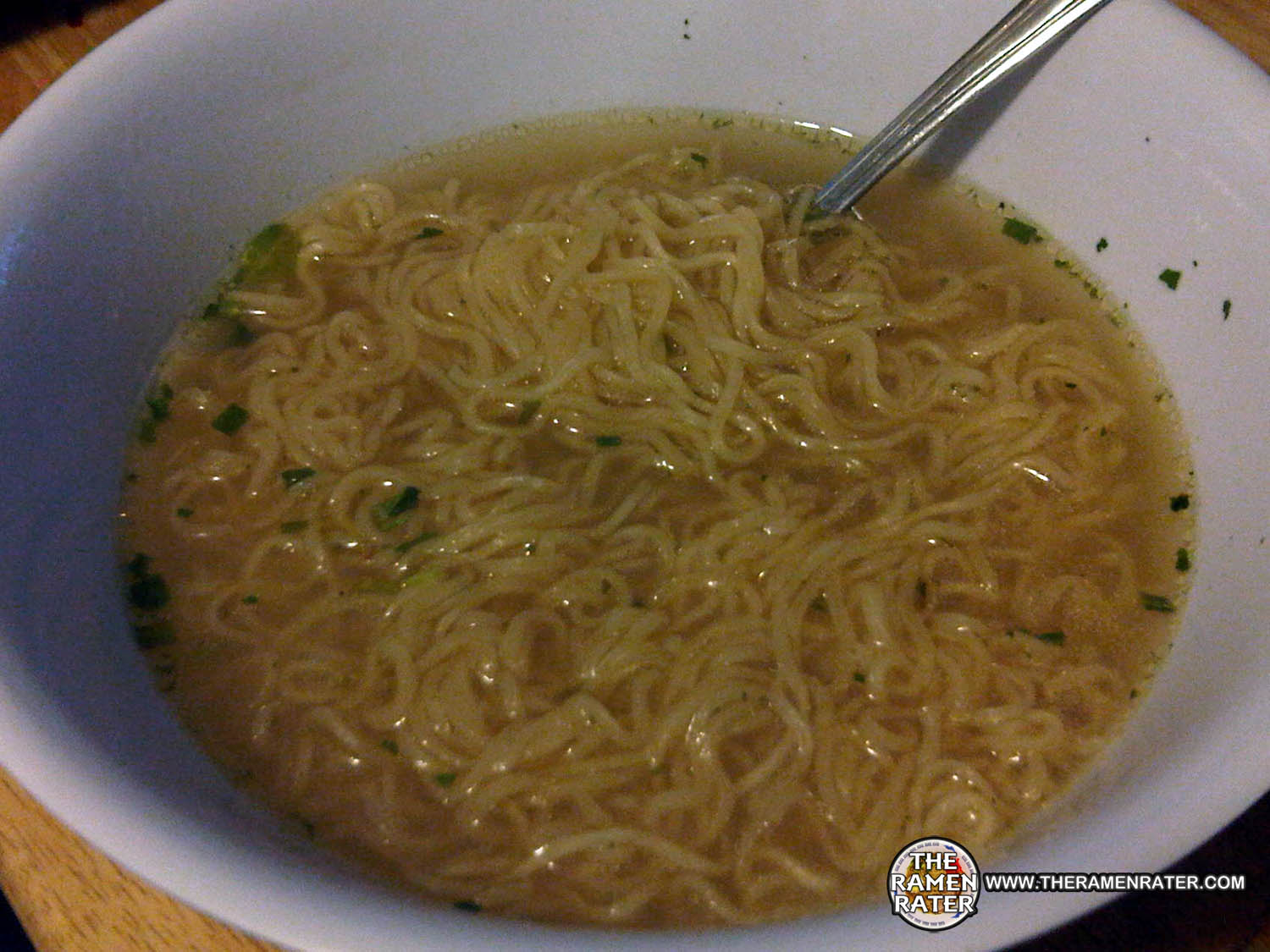 End result (click image to enlarge). I would’ve expected this to be an extremely salty affair with not very subtle taste of soy sauce killing everything else off but that’s not what I found here. It’s got an almost dare I say french fries from a fast food joint kind of aroma and slightly like that of an after taste! The noodles are not mushy but they lack any backbone or character. But I like it – I don’t know what it is about this one, but its simply simple and has a somewhat quirky demeanor. I’m giving it a 2.8 out of 5.0 stars. I like it as far as I like that it didn’t taste so foul that it made me swear off the brand (although I really can’t do that; I’m the Ramen Rater) – I don’t know… It’s not great but not bad but definitely not worth above 3 stars but worth about 59 cents. 2.8 stars. I stick to it. Unmoving is my  and unwavering is my sour puss and toothy grin. I be Ramen Rater.