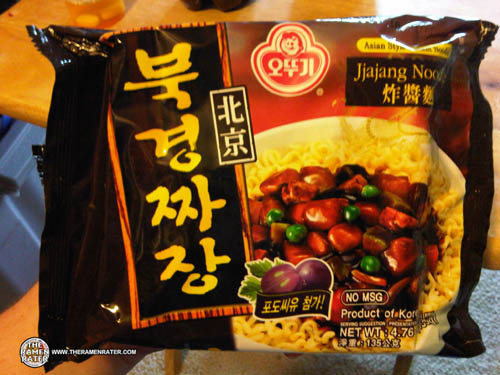 So look! More Korean noodles! Let’s see what we’ve got here! Certainly looks interesting but I have no idea what it is. Black bean paste is mentioned prominently in the ingredients, so perhaps that’s the flavor? Upon digging around a bit, I found this from Wikipedia:

So there we have it. 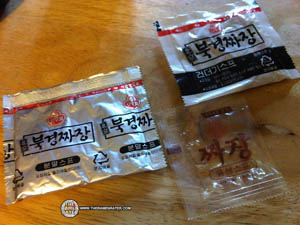 So some vegetables, a powder packet and some clear oil. 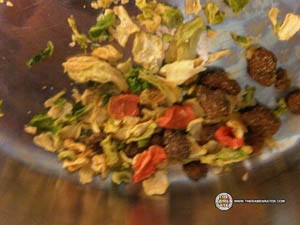 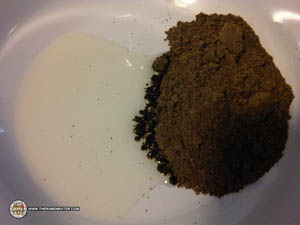 The only way to see the oil really is that it’s gotten the dark powder base wet at the edge. This recipe required draining the noodles and leaving a few spoonfuls of water left and stirring it all together to make… 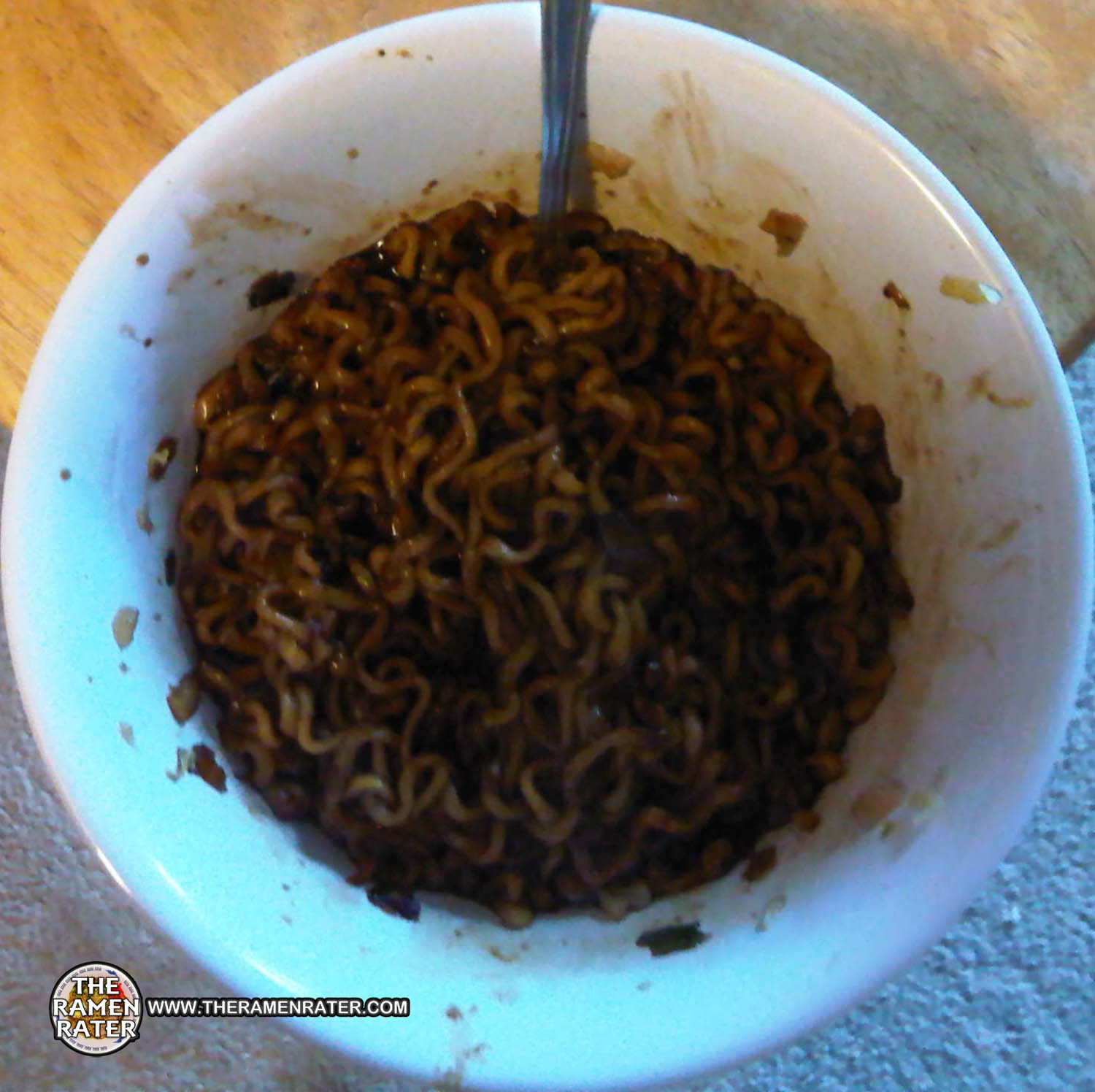 Click image to enlarge. This! Its unique. I like the texture for sure. I think the addition of some green onion would be very nice indeed. Something in the dehydrated veggie pack re-hydrates and is nice and chewy like a piece of meat – tofu perhaps? This stuff isn’t really salty at all – very mellow despite its deep color and thick glaze of goo. It kind of reminds me of Sapporo Ichiban Chow Mein, but different. I like it and I’m giving it 3.75 out of 5.0 stars; it was a welcome surprise and I enjoyed it thoroughly.