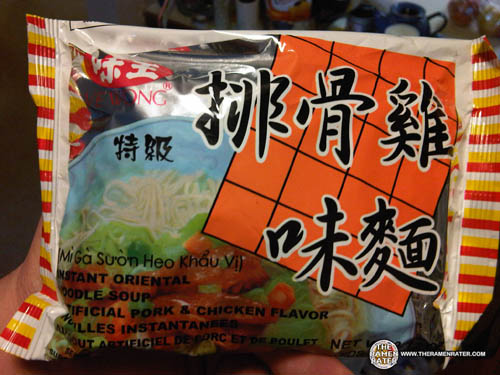 Chicken and pork. I have heard jokes about picken and chork made but never really thought of the two being brought together. I guess We’ll see if this combo works or not. 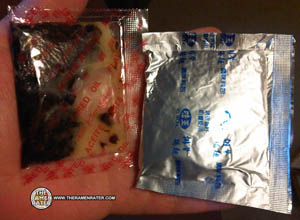 So the packets are quite large. The clear has seasoned oil and is real abundant to say the least. The silver contains veggies and some dry powder seasoning. 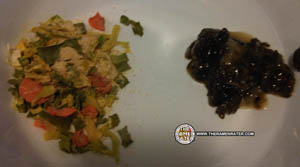 Look at that crazy goop! There’s so much of it… A veritable slathering of goo for all seasons. 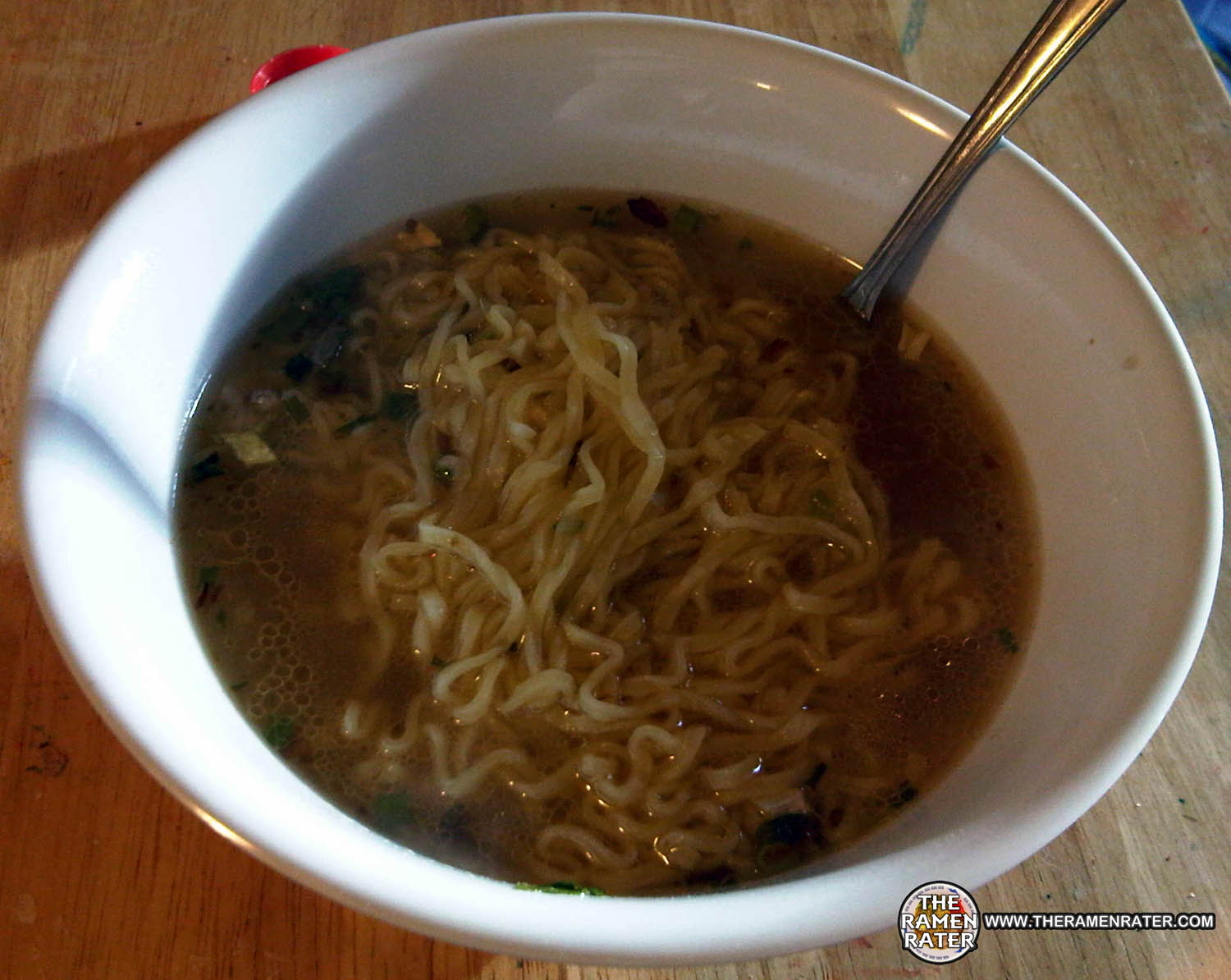 Endgame (click image to enlarge). Boom. So here it is. Noodles are soft and kind of flat but not completely mushy. Broth is almost thick; its got some character. That goo packet added a lot of grease and my lips have it on them now. Good supply of veggies. I don’t know if it tastes like chicken or pork or chicken and pork or pork and chicken, but it does taste greasy like greasy chicken or and pork could have floated in this sea of noodles and veggies. My final – and I mean final thoughts on this pack of noodles is that I find them palatable. Tasty stuff. I’m giving these noodles a 3.4 out of 5.0 stars.  Of the many kinds I’ve had these don’t really stand out all that much but nonetheless its a tasty bowl of noodles. Some higher quality noodles might have got them a better score but not sure about that. They got a 3.4 instead of a 3.1 because at the end of the bowl I got the last of the vegetables – and there were a lot and they tasted VERY good. Get it here.