Some might consider this to be beyond nasty, but I’ve found faith in humankind when it comes to these cheap, tasty noodles. Perhaps you will too as ramenrater.com reviews Sapporo Inchiban’s Chow Mein style Japanese noodles. 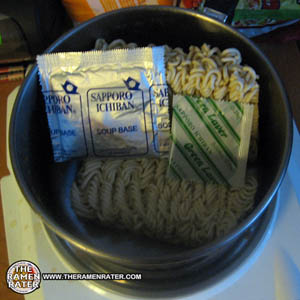 For some reason, this photo always ends up sideways, so I’ll let the universe have its way and it can remain sideways. Regular ramen cake, check. Soup base, check. Green Laver packet, check. 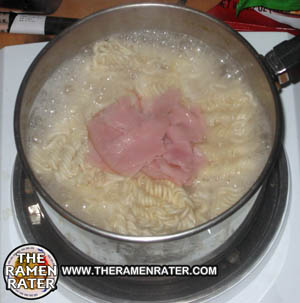 Cooking the noodles and adding a little shredded ham. The instructions call for a cup or water and meat and cook til noodles are freely separate. 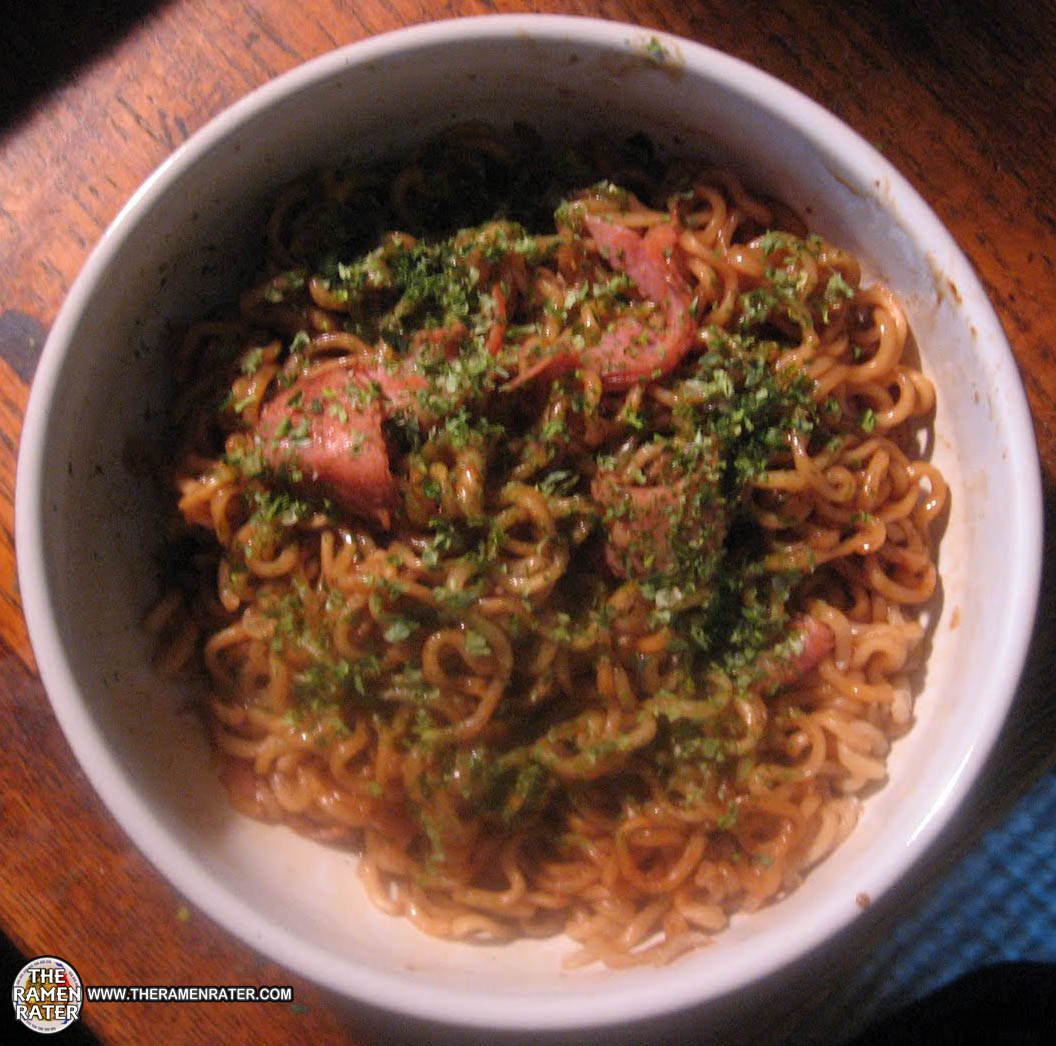 Finished (click image to enlarge). After the noodles were done, they were transferred to this bowl. These was little or no liquid left and so I added the soup base packet and stirred. It provided a thick brown oozing love fest aroma. After it was thoroughly combined, I added (by sprinkling on top) the Green Laver. Green Laver is seaweed and gave the meal and surrounding area a pungent odor which I found very pleasant.
So in conclusion, the ramenrater.com rating for this bowl of instant noodles is 4.5 out of 5. They were flavorful, broth-less, unique with the green tinge of the seaweed, and I could eat thrice the amount packaged in a single meal.