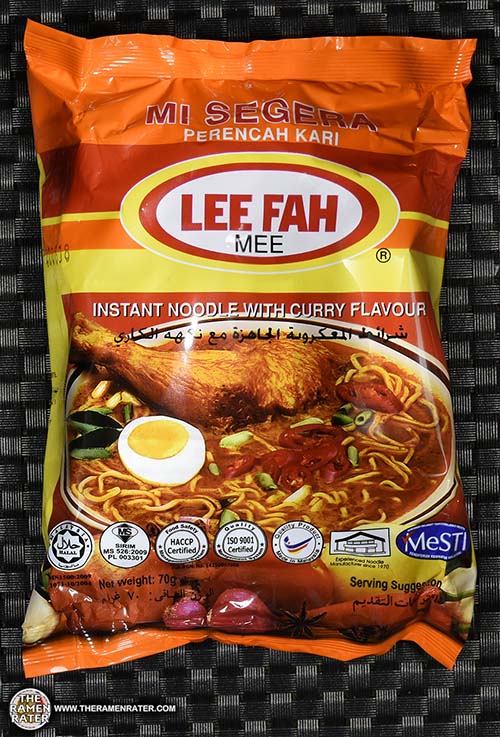 Today we’ve got one from Sarawak! I’ve reviewed only one other by this brand before. I found this at China World up in Richmond, BC. I tell ya, if you’re a noodle fan, Richmond is the place to go. Let’s crack this one open and see what we have. ...see full post 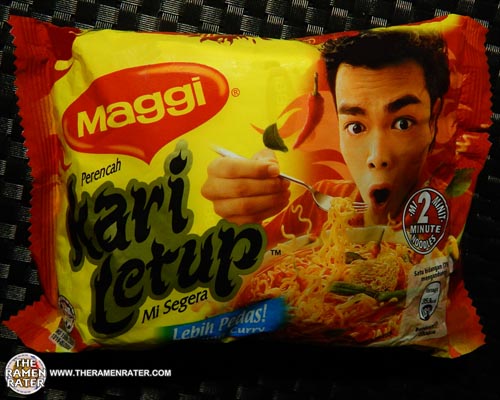 Another one I got during my trip to Malaysia! This looks like a really spicy curry, that’s for sure. All those little peppers on the package! Plus the guy on the package seems to be aghast at the level of spiciness as well! But what does kari letup mean? Well, the Google translation says ‘curry explosion.’ I gotta say I like the sounds of that! Let’s see if Maggi Kari Letup lives up to its name! ...see full post 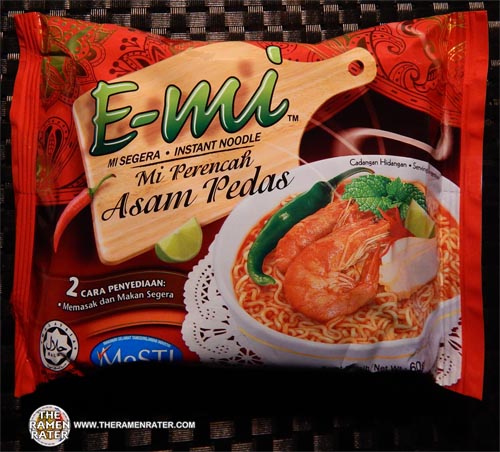 I’m sure your first question might be ‘what is asam pedas’ so let me break it down for you. Pedas means spicy. Asam is tamarind. The two together refer to a dish which is both sour and spicy. Here’s what wikipedia has to say about asam pedas: ...see full post 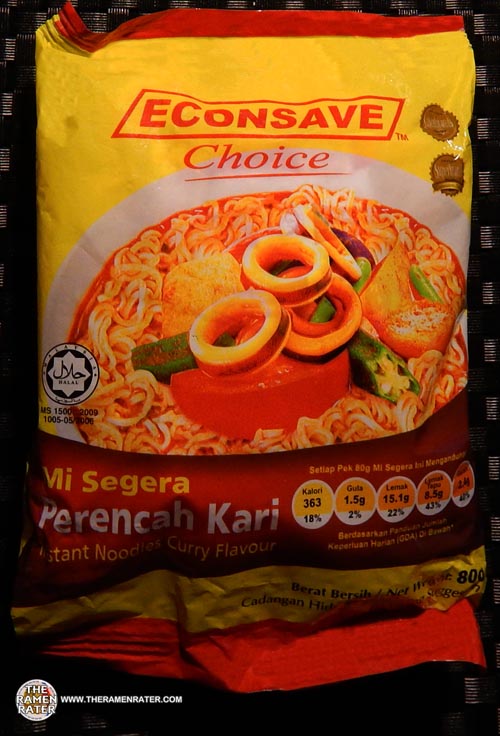 One thing that tends to baffle a lot of my readers is my fascination with ‘store brands.’ I often get ‘it nothing special’ and thoughts like that. To me however, any instant noodle I’ve not reviewed before is definitely fair game and believe it or not, store brands tend to be much harder for me to source than any others. The reason for this is that large supermarket chains are mostly regional and don’t distribute their instant noodle varieties to anywhere other than their own stores. This one is particularly special – I got this one on my trip to Malaysia, and got it at the Econsave grocery store in Butterworth, Penang! ...see full post 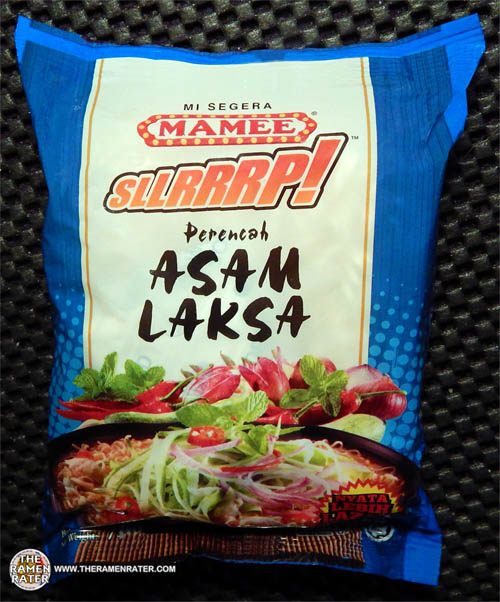 I’ve tried a couple of laksa varieties now and thought I should have a look at this one. There are a few different types of laksa, this one being asam laksa – but what’s asam laksa all about? I consulted Wikipedia and here’s what it had to say: ...see full post 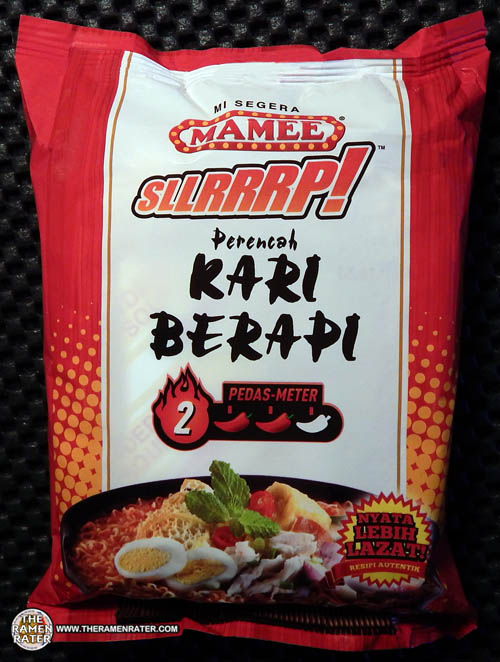 Mamee makes two extra spicy curry varieties – this one and one called Xtra Pedas which I reviewed a short while back. Of the two, this Berapi is not as spicy, but looks like it’s pack a punch! Curry sounds good – let’s dig in! ...see full post 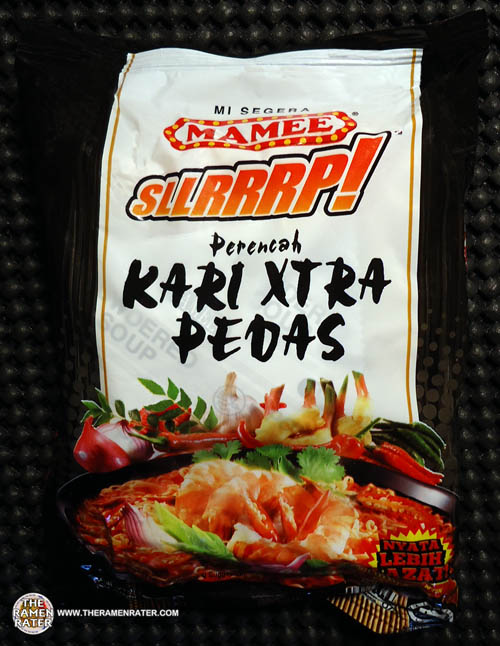 Here’s another one sent to me by Annie T. over at MyKuali – thanks again! As I’ve said before, I love curry. There are so many different curries out there – sweet, spicy, slightly bland. Pastes, powders, sauces… It’s pretty enjoyable! I’ve been really enjoying reviewing curries from this region – Malaysia and Singapore – wonderful places that make some awesome curry instants! This one purports to be ‘xtra pedas’ which translates to extra hot. Let’s see if this stuff is really spicy or not. ...see full post 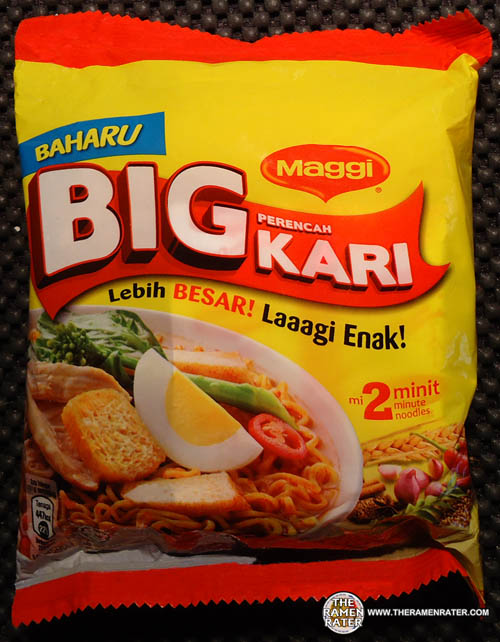 Here’s another that Annie T. from MyKuali in Malaysia sent me to try – thank you! It’s big – and it’s curry! Not only that, there’s still turkey left! Let’s give it a go! ...see full post 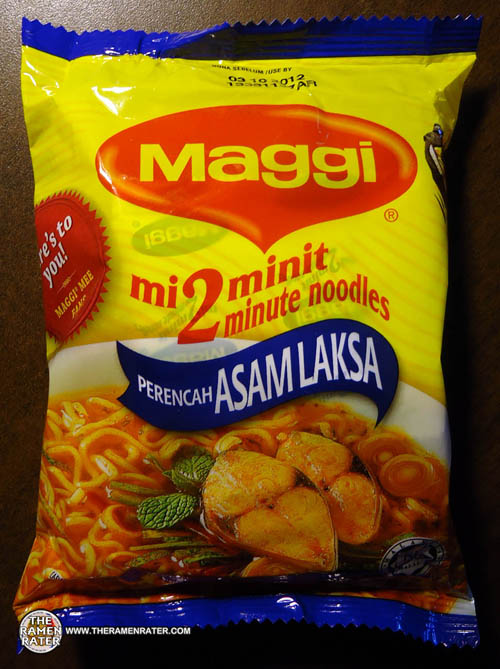 Spent some time hanging out with my friend Matt B. the other day and we went to HT Oaktree Market on 100th & Aurora in Seattle and found this new one. But what is Asam Laksa? Here’s what Wikipedia has to say: ...see full post 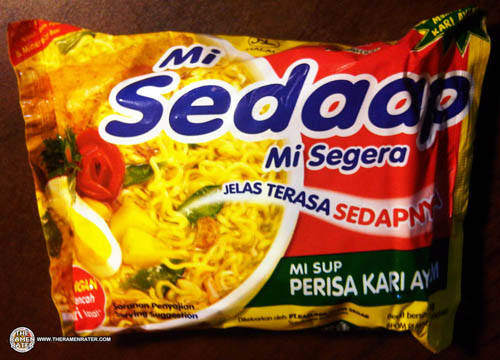 Yesterday I went to HT Oaktree Market on 100th & Aurora in North Seattle. I went to get some things to make a batch of my curry soup and of course hit up the noodle aisle. Was thinking of re-reviewing the Mi Sedaap curry I’d had before as well, but as it turns out, I snagged a new one I hadn’t reviewed yet. Then this morning, I noticed a lot of people coming to The Ramen Rater from a forum on a Singapore website – they were all coming because of a link to Mi Sedaap Perisa Asli, something I’d reviewed a while back. I thought I should review a new Mi Sedaap today, so here we go. ...see full post