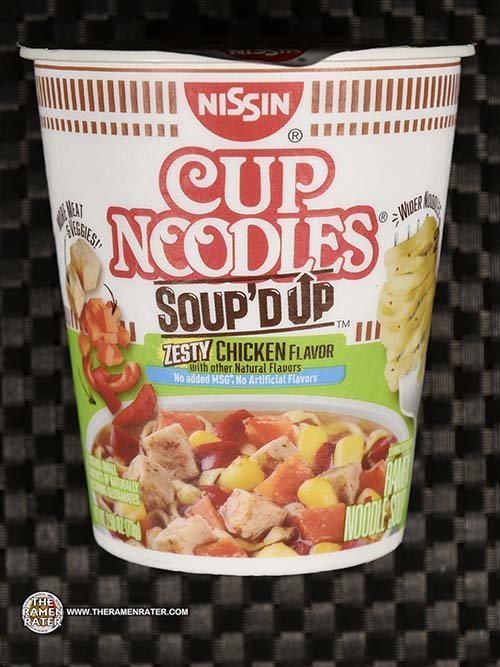 This came by way of Robert over at www.dadbert.com – thanks! I’ve never seen hide nor hare of this variety ever before – anywhere. Test market in Kentucky? Perhaps. It looks like these are a meat version of the Very Veggie really; lots of meat instead of vegetables. My thought – screw it – I mean put lots of meat AND vegetables in there. In fact, screw that – do a retort pooch with meat and vegetables – now you’re talking! Nissin – you’re here in the United States already – use real meat! Retort pouches are the salvation – they shall bring a whole new age to the domestic instant noodle industry in America! At least that’s my vision. Let’s check it out!

Detail of the side panels (click to enlarge). Contains chicken. To prepare, . UPC bar code. 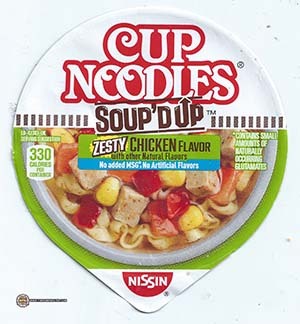 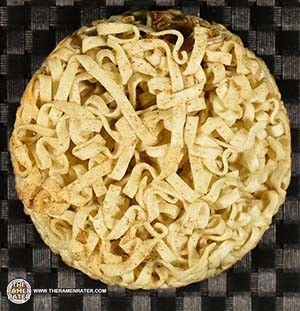 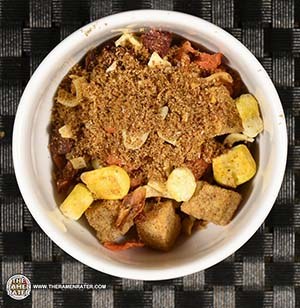 Loose seasoning and bits from the cup. 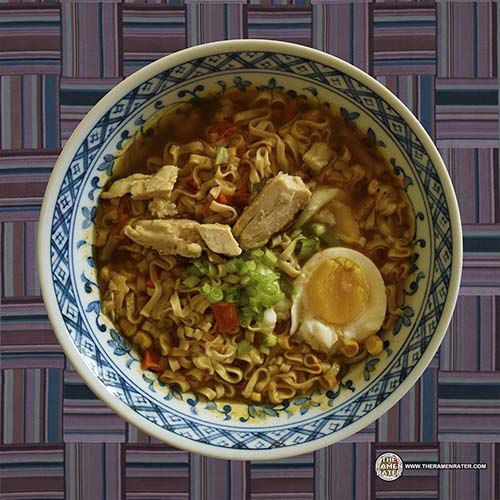 Finished (click to enlarge). Added soft egg, spring onion, Salad Cosmo mung bean sprouts, and grilled chicken. The noodles came out pretty well. The broth was very thin and could have used a little more zestiness. Vegetables did well, however chicken chunks while of a decent size weren’t completely done in the center. 2.0 out of 5.0 stars.  UPC bar code

Watch me cook it up on Instant Noodle Recipe Time!