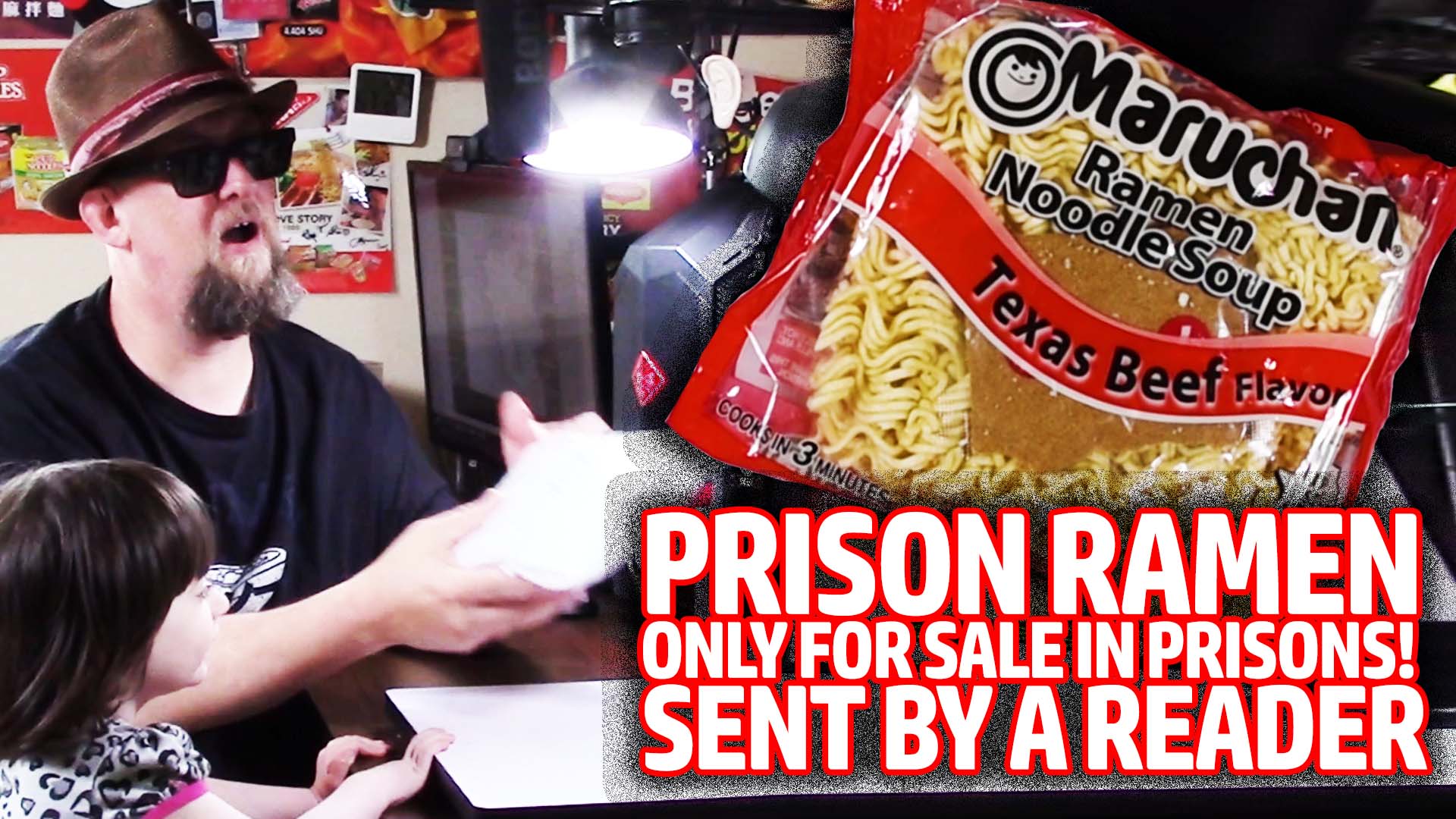 Oh wow – okay so I’ve been trying to get instant noodles that inmates at jails and prisons were able to buy. You’d think they’d be the same old regular instant varieties everyone can get?

Nope. These are special – specifically packaged for corrections facilities with clear packaging to discourage hiding things in them. I contacted the manufacturer; they weren’t interested in talking about these specific products. I contacted the distributor who said I’d have to be in prison to get any. I told both parties that I really wasn’t looking to be incarcerated in order to get samples of these products.

Wikipedia had this to say – “In September 2013, the incarceration rate of the United States of America was the highest in the world, at 716 per 100,000 of the national population. While the United States represents about 4.4 percent of the world’s population, it houses around 22 percent of the world’s prisoners.[1] Corrections (which includes prisons, jails, probation, and parole) cost around $74 billion in 2007 according to the U.S. Bureau of Justice Statistics.[2][3]

At the end of 2016, the Prison Policy Initiative estimated that in the United States, about 2,298,300 people were incarcerated out of a population of 324.2 million. This means that 0.7% of the population was behind bars.”

That’s a whole lot of people – I wanna try their ramen! It shouldn’t be that hard, right?

A huge thank you to reader Nick Bizarro. I saw these on eBay and asked folks on The Ramen Rater facebook page if they might buy them (a case of 24 packs of Maruchan Texas Beef) and send a couple. Well, Nick was kind enough to do so. I’ll be doing a couple special reviews of this one soon – involving recipes used by inmates doing time. Let’s have a look.