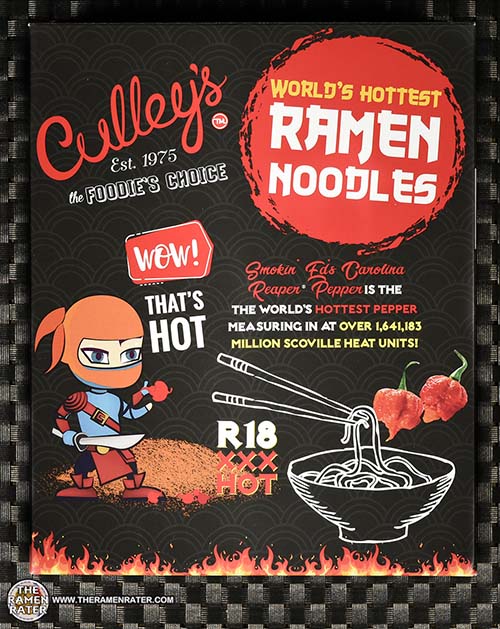 I got an email from Mr. Cullen a few weeks ago asking if I would be interested in trying his new spicy product. I definitely was – but what really piqued my interest what that this was coming from a company in New Zealand. I haven’t reviews many products from New Zealand and this being one with such a lofty claim really was interesting to me. It contains Carolina Reaper pepper mash. I’ve seen many do the challenge where they eat a raw Carolina Reaper pepper in one bite and then endure the consequences. But I have to say that the spiciest on on my top ten spicy list isn’t a slouch by any means, and I’m extremely curious how this will compare. Let’s do this. 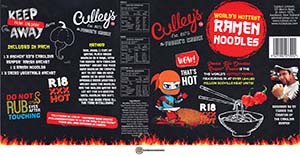 Detail of the side panels (click to enlarge). Contains egg powder. To prepare, add everything to a bowl along with 250ml boiling water. Cover 3~4 minutes. Finally, stir and endure! 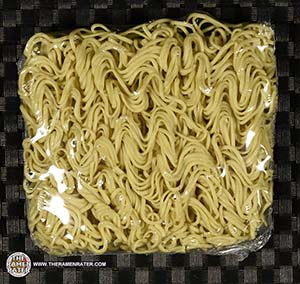 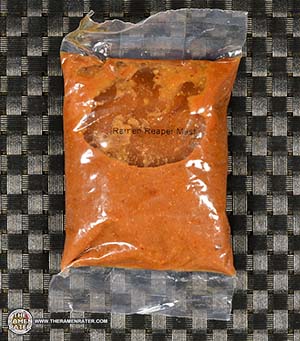 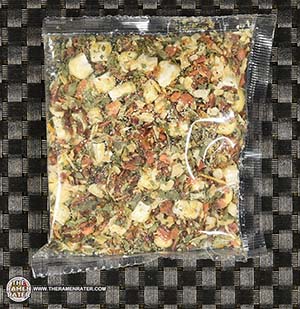 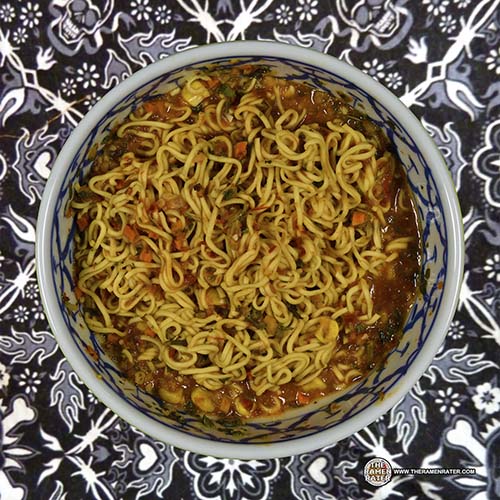 Finished (click to enlarge). The noodles are on the mushy side which is not the way I like them generally. The issue I had was steeping these – 3~4 minutes was most certainly not enough, and the amount of time needed wasn’t conduvcive to them not being mushy. The broth (which was more like a vegetable stew) was very flavorful and very thick. I got the taste of fresh vegetables and not very salty. The heat. This is NOT to be trifled with. At one point, my entire body was tingling violently, throbbing from head to toe and slightly numb. This could have been the cusp of going into shock. Not only that, I had extreme stomach cramping for the next 8 hours. But I conquered the bowl. As far as it’s place on the World’s Spiciest Instant Noodle Top Ten 2019 Edition? Well, you’ll have to wait for that, but I can definitely say it’s definitely in it’s own class. Only one other is in this class and it’s going to be interesting to figure which will be the new number one. 3.0 out of 5.0 stars.  EAN bar code 9421904273924>.

Watch me open ’em up on Unboxing Time With The Ramen Rater!