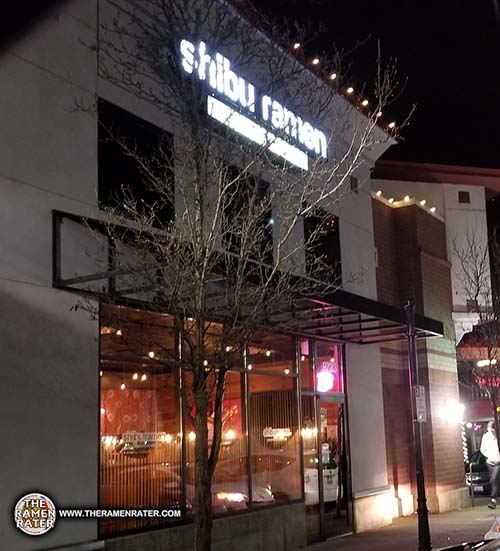 We were lucky to have my wife’s Aunt com eover and watch the kids – had a little last minute Christmas shopping and were going out to dinner. The next day was the aniiversary of the first time we met each other and We agreed to try Shibu Ramen in Juanita. 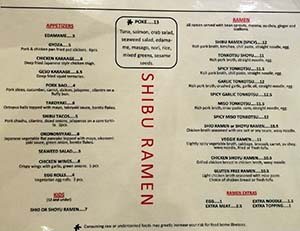 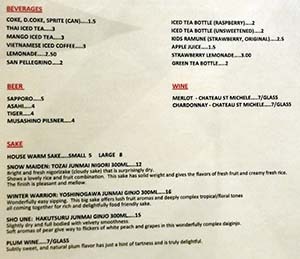 Back of the menu (click to enlarge). After I looked on yelp, I thought the Shibu Tacos sounded like a winner. My wife picked the fried chicken wings. We ordered Thai Teas and for ramen, I had the Spicy Garlic Tonkotsu, my wife the Shoyu. 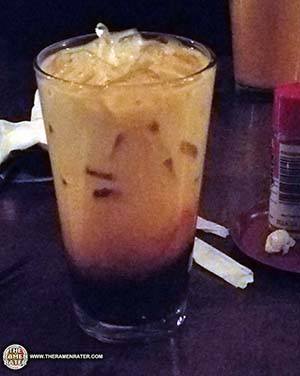 As big proponents of Thai Tea, we were a little disappointed; it wasn’t very sweet in comparison to most and just was so-so.

Here are the Shibu Tacos (click to enlarge). These were quite good – very savory and definitely worth the raves they got on yelp. We both enjoyed these a lot. 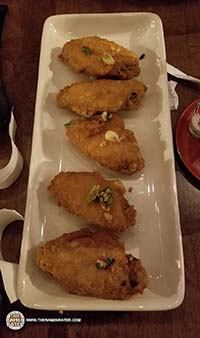 The fried chicken wings were excellent as well – crisp on the outside and very moist on the inside and not greasy. 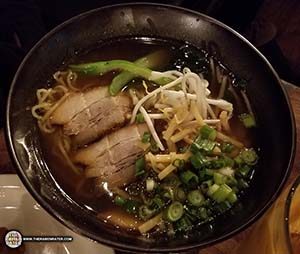 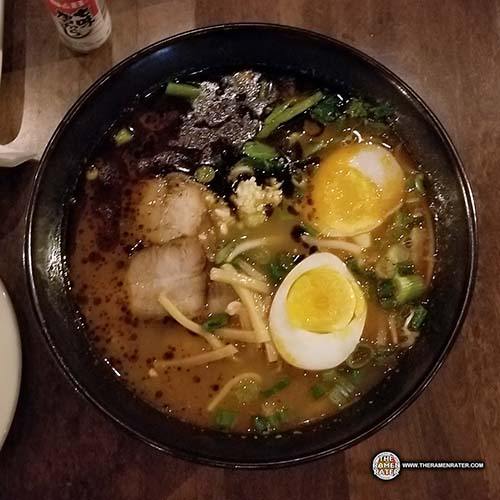 My spicy garlic tonkotsu (click to enlarge). Ordered Thai tea, Shibu tacos, chicken wings, spicy garlic tonkotsu for myself and shoyu for my wife. Thai tea was alright, but could have been a little sweeter. The Shibu tacos were really good – street taco with fresh veggies and meat. The fried chicken wings were great – crisp with juicy innards. Then the ramen arrived. The first word that comes to mind is haphazard. The noodles were the right gauge, but didn’t have that floury character to them. The broth was so full of black garlic that it was ultra bitter and the creamy happiness that is tonkotsu was all but masked. The egg was soft boiled, but not marinated and yolks were on the more congealed end of the stick. Chashu was almost definitely Yangtze BBQ pork {the kind you find in American Chinese restaurants with the hot mustard and ketchup). Menma was alright and I was happy with the presence of mung bean sprouts. The bowl altogether just didn’t coalesce into something unique, special, authentic or interesting. My wife’s shoyu was the same way except the broth was on the weak side. We probably won’t be back, however in going to try all the regional places so probably not going to do a return visit to anywhere anytime soon. If I were to return I’d skip the ramen and have the tacos. For the ramen, 2.0 out of 5.0 stars. 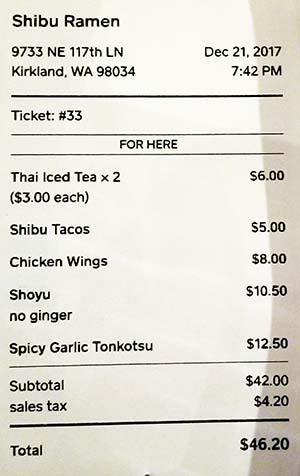