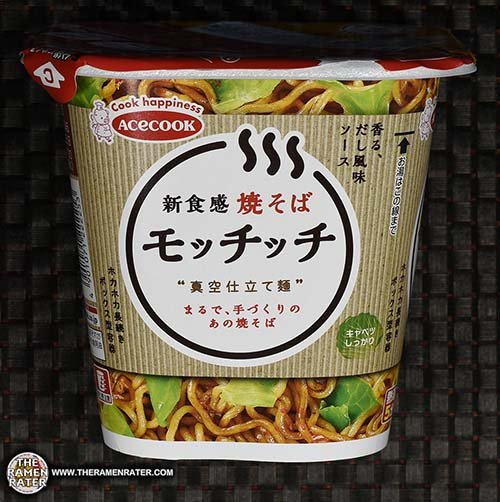 Here’s another interesting one from Zenpop.JP – thanks! So Zenpop is doing monthly boxes of all sorts of things Japan-related including instant ramen of course.  This one looks particularly interesting in that it’s an instant yakisoba made with noodles made from… Mochi? Here’s a little about mochi from Wikipedia –

Mochi (Japanese: 餅, もち) is Japanese rice cake made of mochigome, a short-grain japonica glutinous rice. The rice is pounded into paste and molded into the desired shape. In Japan it is traditionally made in a ceremony called mochitsuki.[1] While also eaten year-round, mochi is a traditional food for the Japanese New Year and is commonly sold and eaten during that time.

Mochi is a multicomponent food consisting of polysaccharides, lipids, protein and water. Mochi has a heterogeneous structure of amylopectin gel, starch grains, and air bubbles.[2] This rice is characterized by its lack of amylose in the starch and is derived from short or medium japonica rices. The protein concentration of the rice is higher than that of normal short-grain rice, and the two also differ in amylose content. In mochi rice, the amylose content is negligible, which results in its gel-like consistency.[3]

You might be wondering ‘how do they get the ice cream in the noodles, but mochi isn’t ice cream. I’ll say though I love the mochi-covered ice cream, but yeah – mochi is that chewy, doughy stuff on the outside. These noodles should be very interesting – let’s check this one out!

Detail of the side panels (click to enlarge). Contains pork chicken and makerel. To prepare, add boiling water to line and cover 5 minutes. Use spout to drain. Add in sachet contents. Finally, stir and enjoy! 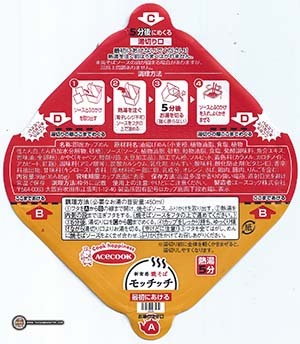 Detail of the lid (click to enlarge). Note the spout (flap C). 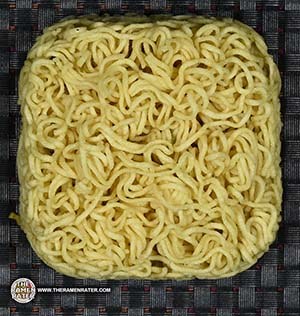 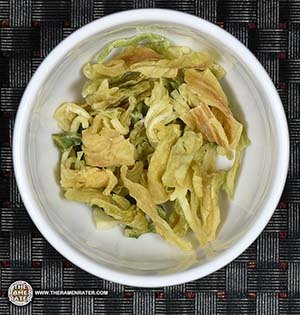 The loose bits of pork and cabbage from inside the cup. 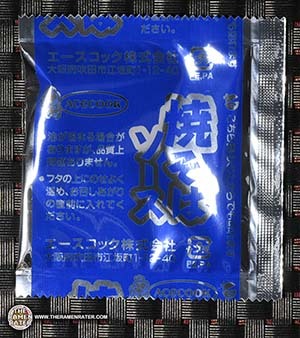 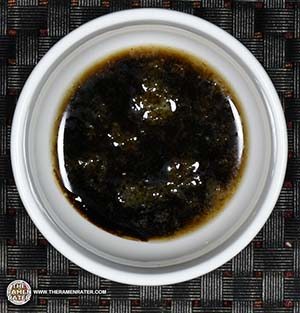 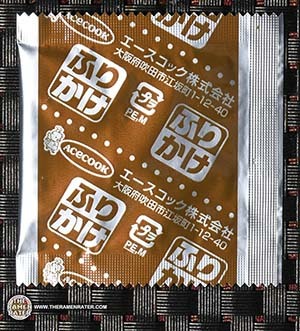 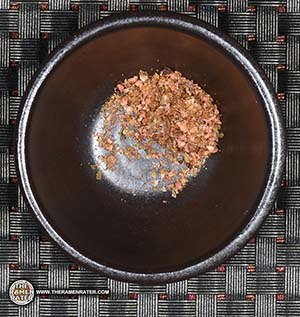 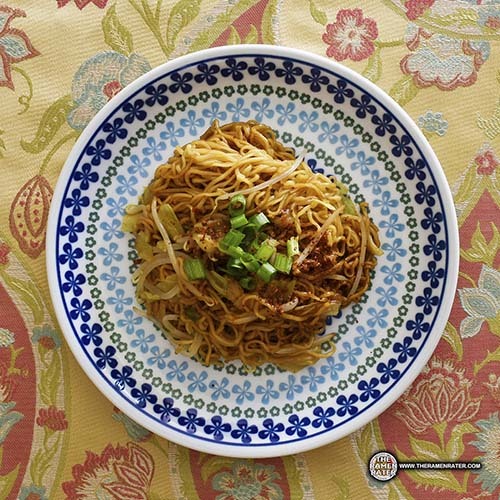 Finished (click to enlarge). Added Salad Cosmo mung bean sprouts and spring onion. The noodles were good – I didn’t expect them to lack the chewiness I expected though. Maybe they’re from the same ingredients but just didn’t scream mochi to me. Regardless, they paired very well with the yakisoba sauce they included as well as the meat, cabbage and furikake (which kind of tasted like bacon). 4.5 out of 5.0 stars.  JAN bar code 4901071222253.