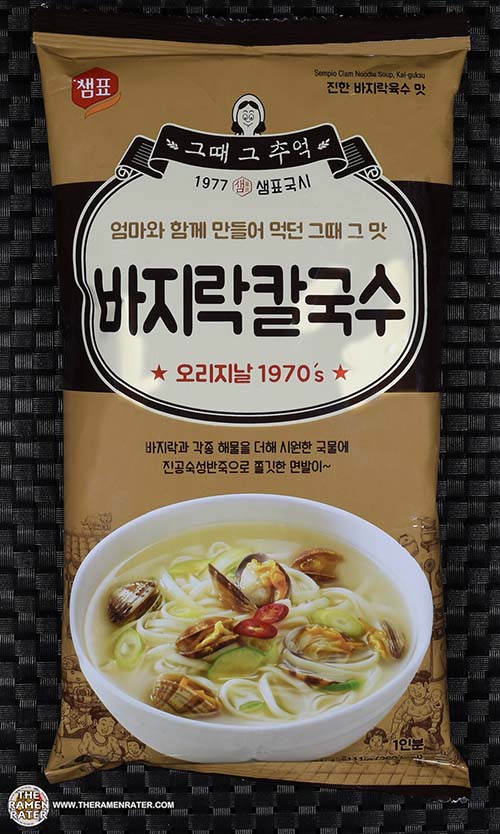 Here’s one sent by Colin – thanks! I think I saw this one years ago up in Canada – I honestly think I got it but never reviewed it back then. Here’s a little about kalguksu from Wikipedia:

Kal-guksu[1] (칼국수; literally “knife noodles”) is a Korean noodle dish consisting of handmade, knife-cut wheat flour noodles served in a large bowl with broth and other ingredients. It is traditionally considered a seasonal food, consumed most often in summer. Its name comes from the fact that the noodles are not extruded or spun, but cut.[2]

The record of noodles can be found in documents of the Goryeo era, but the descriptions are vague and the nature of the noodles isn’t clear. In the 12th century document Goryeo dogyeong (hangul:고려도경, hanja:高麗圖經) it is mentioned that noodles were only eaten on special occasions, as wheat flour was very expensive, being imported from China. A cooking description can be found in a later document, The Best New Cooking Methods of Joseon (hangul:조선무쌍신식요리제법, hanja:朝鮮無雙新式料理製法), written in 1924. In the 1934 book Simple Joseon Cooking (hangul:, hanja:), the recipe calls for the noodles to be boiled and rinsed in cold water before adding broth and garnish, a method that differs from the modern version of boiling the noodles together with the broth.[3]

Thought I ought to give it a go today. Clammy! Let’s get started.

Here’s the back of the package (click to enlarge). Contains shellfish and crustacean. to prepare, add package contents to 700ml boiling water and cook for 5 minutes. Stir and enjoy! 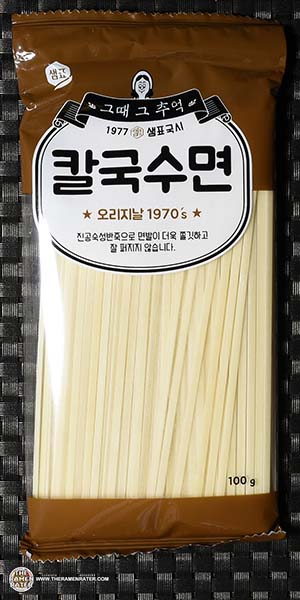 The noodles have their own packaging. 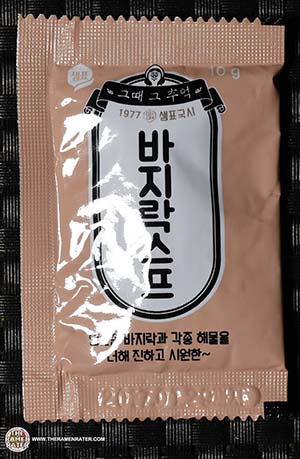 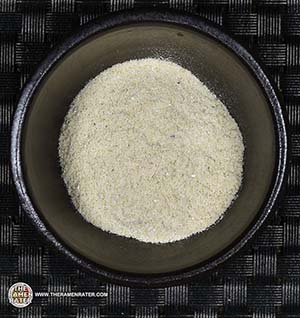 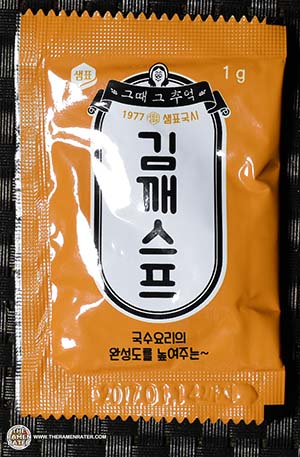 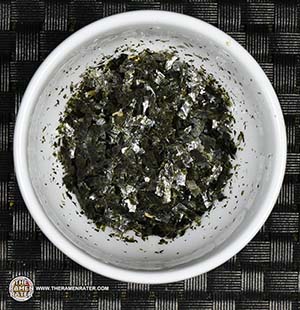 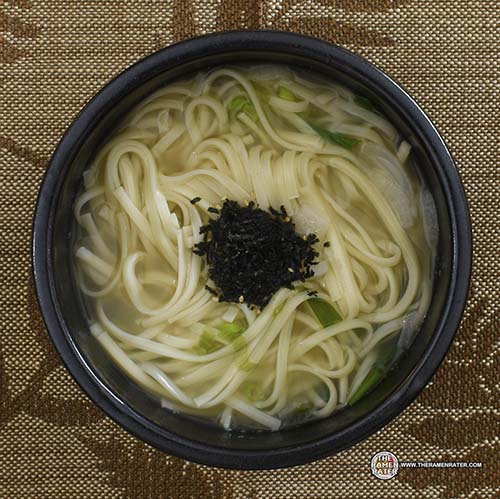 Finished (click to enlarge). Added spring onion, red cxhili flake and white onion. The noodles were absolutely fantastic – very hearty chew and had that nice little floury aftertaste you’d find  in Hakata style noodles. The broth was equally good – I expected bland when I saw the package calling for a whopping 700ml of water. Rest assured, this is not bland; it delivers a kind of buttery clam taste which is quite good. The little bit of laver (seaweed) gives it an added ‘of the sea’ taste. 5.0 out of 5.0 stars. EAN bar code 8801005542517.

A video about how to cook Sempio Kal-guksu.