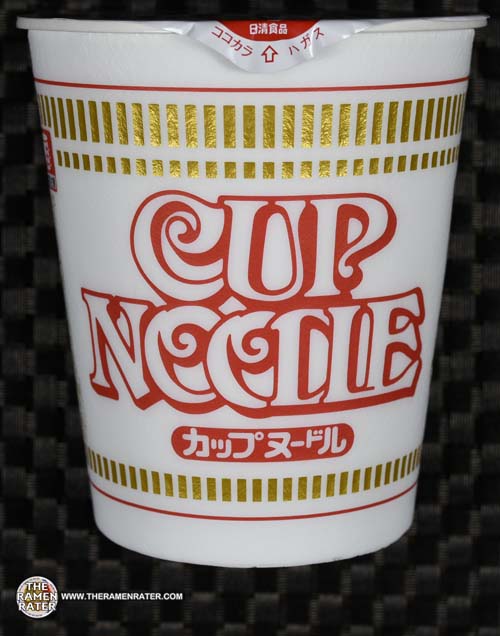 I thought I should start things off with the original Nissin Cup Noodle. It’s funny; I’ve never reviewed one of these before (except the Emergency Nissin Cup Noodle from Momofuku Ando Day #4, which is a bit different). The story goes that Momofuku Ando noticed businessmen on flights would ask for cups of hot water instead of coffee. They would put pieces of Nissin chikin Ramen in these cups and eat it that way. He thought hey – why not ma.e instant ramen in a cup form. He did, and now it is a ubiquitous item throughout the world. As you’ll see during this Meet The Manufacturer, there are many, many different varieties of Cup Noodle made by Nissin – from the logical to the surprising and unique. Cup Noodle has it’s own museum as well! In Yokohama, Japan! Find out more about it here. Let’s crack open this one – the original Nissin Cup Noodle. 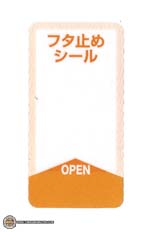 On the bottom of the cup is a little sticky strip. You can use this to hold the lid down during the cooking process.

Detail of the side panels (click to enlarge). Contains meat and seafood. To prepare, open lid and add boiling water to fill line. Cover and let steep for 3 minutes. Stir and enjoy! 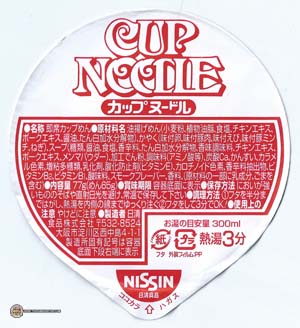 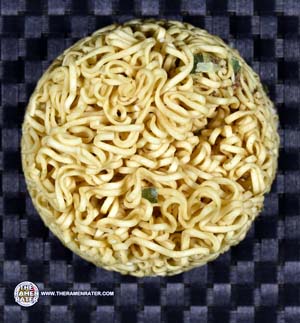 Detail of the noodle block. 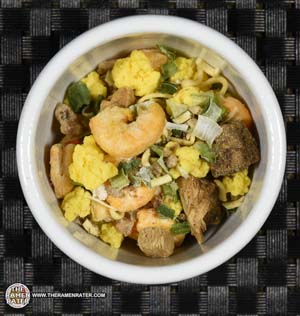 Bits of garnish from the cup – shrimp, egg and more. 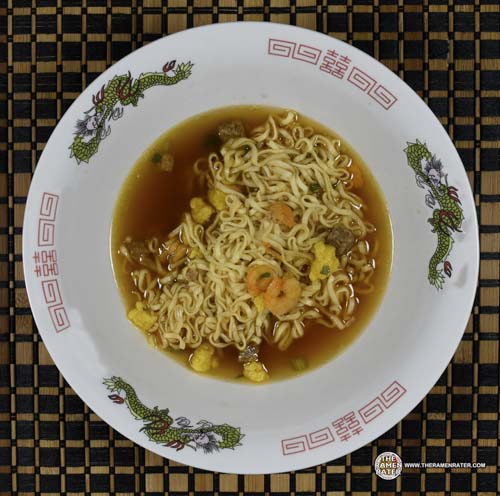 Finished (click to enlarge). The noodles have that nice Cup Noodle texture – soft and with a flat and thin gauge. The broth has a nice soy sauce taste with light fish notes. The shrimp, egg and pork hydrated very well. 5.0 out of 5.0 stars.  JAN bar code 49698626.