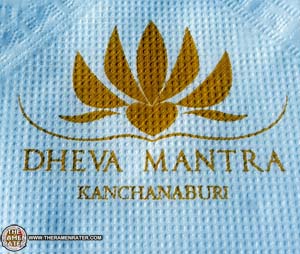 Woke up at this amazing place – Heard a strange sound coming from outside and figured out it was the sound of the Buddhist monks chanting – it echoes everywhere and was quite ethereal. Decided to head down for some breakfast. 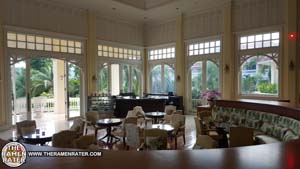 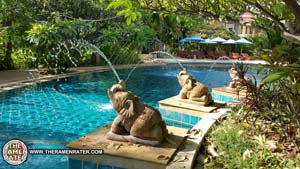 Strolled around and checked it out outside. 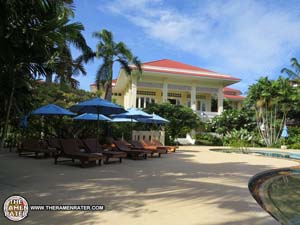 It kind of weird to realize you’re in the jungle, but it’s probably the same when people from here come to where I’m from and think ‘wow, I’m in the forest.’ 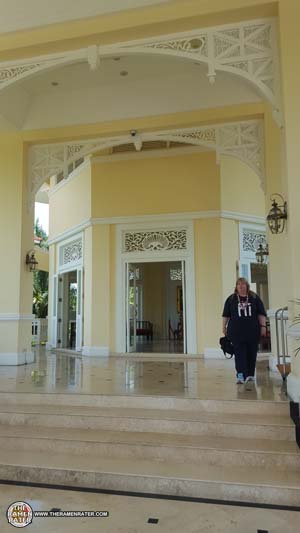 After checking out the place we came back and met up with everyone. Then we took a cruise! 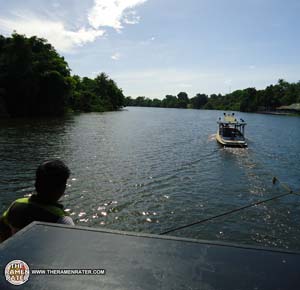 We rode on a big flat barge that was pulled by a little boat. This is the Kwai River. 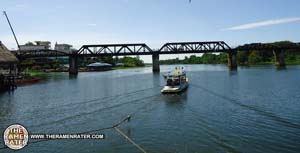 The famous Bridge On The River Kwai.

I think I’m wrong on this one – it’s not Burma but Cambodia. By the way – notice the music in the background? 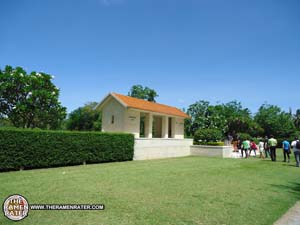 We stopped to visit the memorial to those who died building the bridge in WW2. 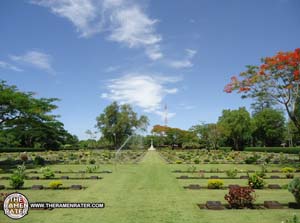 It was a pretty sad place to be honest. What was amazing though is that I ended up having a conversation about politics, global food sourcing and war with a guy from the UK and a guy from Scandinavia. Was really cool. 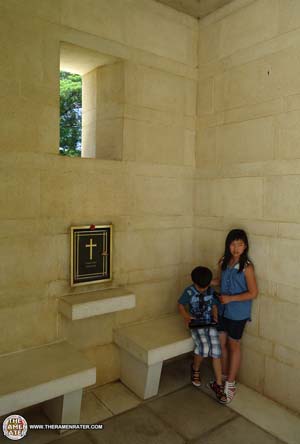 Staying out of the hot sun, playing with the parents’ iPad.

A boat full of partiers on the Mekong Delta. 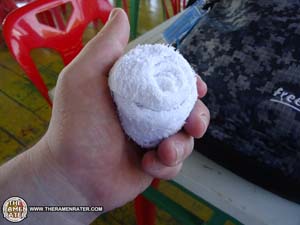 They gave everyone these little tightly wrapped cold towels – was nice to put on your neck after walking to the war memorial – very hot day. 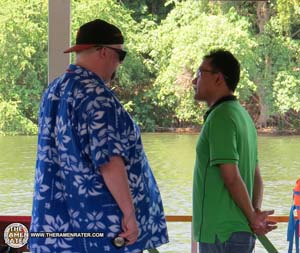 Talking noodles on the return trip. 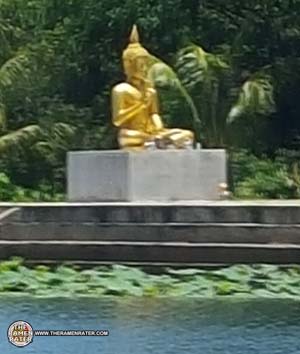 A large golden Buddha on the shore of the Kwai river. There were quite a few amazing sights by the water – temples and statues everywhere.

We ended up where we began, at the Dheva Mantra resort to have some lunch. 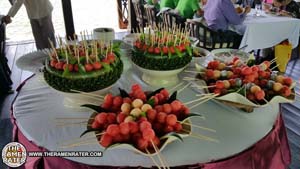 Quite an array of fruit! 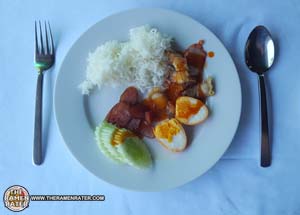 Had some slow cooked eggs, Chinese sausage, cucumber and rice. Then it was a long bus ride back to Bangkok. 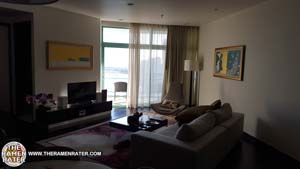 For our last night in Bangkok, we ended up getting to stay in a corner suite on the 29th floor. 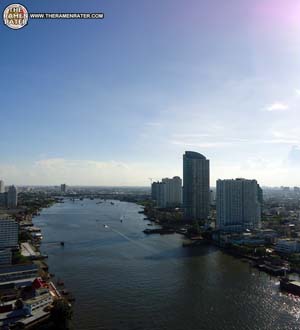 The view was just amazing here – really something to behold. 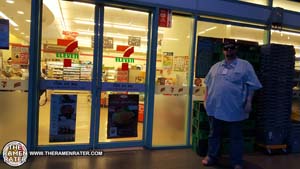 We had a bit of time before the big farewell dinner, so we went and checked out one of the places I’ve been dying to go to in Asia – a 7-11. You might say ‘but why?’ Well… 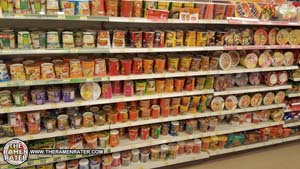 Well, need I say more? Instant noodles of all kinds and brands – and mostly ones I’ve never seen before or have access to here. I decided to get a couple bags of them and hope they’d make it through US customs, but figured they wouldn’t. But, a worthy gamble since I don’t know when I’ll have the chance to try this again! 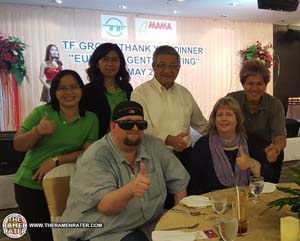 Was nice to finally meet Ms. Ratha (far left) – she also was very pivotal in setting up the trip. Gonna miss everyone! 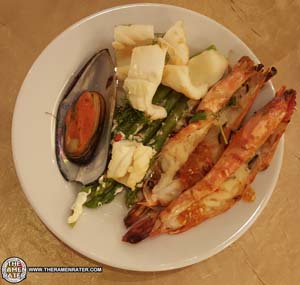 The dinner was international style and they had the largest ham and beef roast I’ve ever seen. I went straight for the seafood – huge river prawn, squid, mussels and some asparagus. What was also amazing is that once you finish a beer, another one kept magically appearing. At one point I looked at my sister and said ‘watch this.’ I finished my beer, set it down and then started counting backward from 5. Right before I had a chance to say one, a hand appeared removing my empty glass and a full one appeared right there. 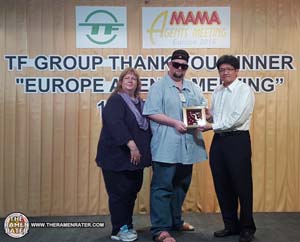 Everyone was presented a special commemorative framed piece of golden artwork – was really nice of them! 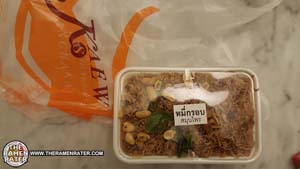 Right before going to sleep there was a knock at the door. Three of the ladies from Thai President Foods brought me this – mee crob! I had mentioned that I would love to try it while in Thailand. They actually went out and found me some! Was really nice! Imagine a Thai rice krispy treat, sticky and full of spices, peppers, and more. I’m really going to miss this – it’s been such an amazing trip.