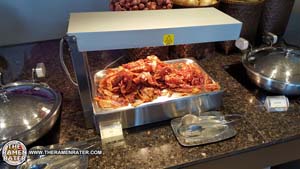 At the breakfast buffet, I had to get a pic of the monster pile of bacon. It’s true – bacon is meat candy. After breakfast, we all grouped up in the lobby and got on big tour buses and took them into the country.

On the way out of Bangkok, I noticed motorbikes driving between the bus and the curb. Here in the states, this would be illegal and punishable. In Thailand, this is just people getting to where they need to go. I watched a video about driving in China recently and the narrator had an interesting analogy; here in the states, if you get cut off while driving, people will curse at the person who cut them off. But in Beijing, if you got cut off, that’s your fault since you left an opening for someone to take. All I can say is it seems to work very well over in Thailand – although I think if you dropped a bunch of drivers from here in the mix it would get bad really quickly! 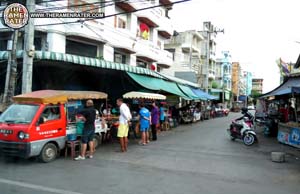 It’s really neat to watch the world go by in a foreign country; all the little differences just soak in to your head and make your brain swell with smiles – especially in Thailand. 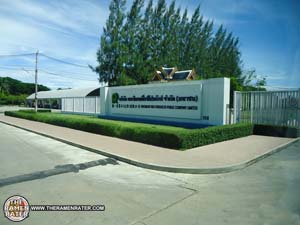 Here we are, arriving at the President Rice Products factory in Ratchaburi province. 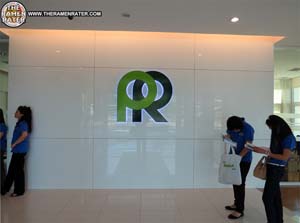 The inside was mostly white in color and very bright. 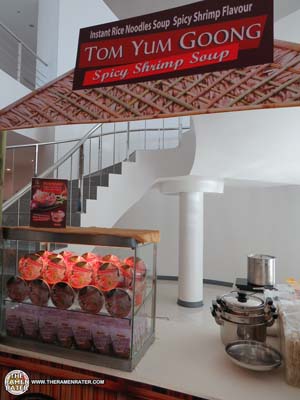 They had displays showing their product lines, and a little cart set up where you could sample one of their newer products, Tom Yum Goong Spicy Shrimp Soup which I have reviewed in the past and quite enjoyed! 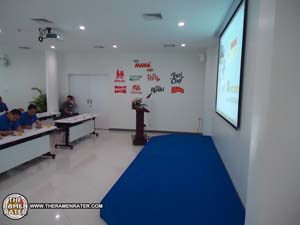 There was a seminar about the different product lines and new products coming soon! 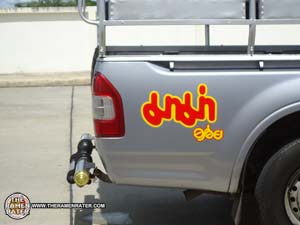 Those of us who smoked hopped in the back of a truck and got a ride to the little smoking tent offsite. I’m sure most of you who follow the blog know that I usually use e-cig products. Well, I wasn’t sure that they were allowed here so I ended up smoking menthols. Turns out one of the UK distributors had a vape with them – so that’s it. Next time I fly I’m bringing my vape with me.

One thing you also might know about me is that I’m legally blind, so I don’t get to drive (be glad that I don’t haha). Well in Thailand, the drivers side is on the opposite here, so I got to sit in what I’m used to having as the drivers seat – I gotta say it was pretty awesome! 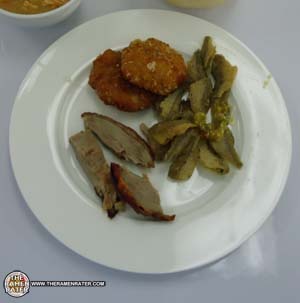 I’m sorry to say that they had pretty tight security at this factory so I wasn’t able to tape any of the process. I can tell you the place was as clean as a whistle, and we all had to wear shoe covers, hair and face nets and lab coats. Very hot! Also in the actual factory floor area, we had to wear special clogs as well. We got to see the place where the rice came in and was sifted to remove and bits and pieces. Then we got to see where they to the packaging. We went up on a catwalk up above the factory floor and it happened to be above the boiler – I don’t know the temperature in there, but I’d guess – I dunno, 130 degrees Fahrenheit? Super hot. The people working in there are amazing! I guess you eventually acclimate to it. After the factory tour, we had lunch. In the above image, there’s fish cake and crispy fish. 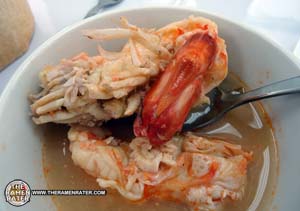 This was some amazing tom yum – great stuff! 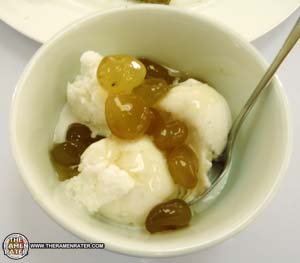 For dessert, they had coconut ice cream – actually made from coconut cream. I’ll say this – I don’t think I’ve ever had ice cream be that refreshing in my life. I was told that the little fruits that garnish this come from a special tree that only bears fruit once every 50 years – and then withers. Kind of a chewy, gummy texture. 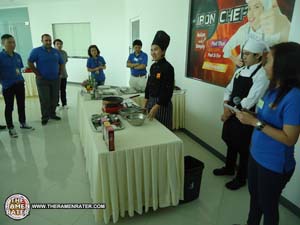 Next we had a special event – a mini Iron Chef competition! I believe the chef here was on Iron Chef Thailand.

She demonstrated how to cook a couploe varieties and then some of the European agents teamed up and made them themselves. 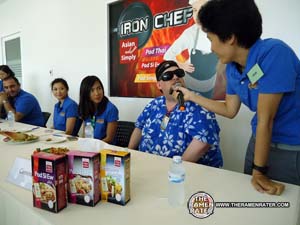 I got to be one of the judges!

I ended up having a tie in my scores, but the winner were from the UK who had meticulously sliced some red chillies and loaded them on. Awesome stuff. 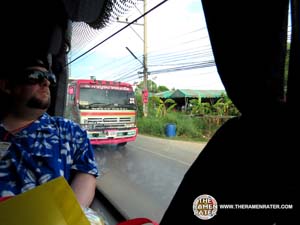 It was time to head out to the next festivity – a special dinner at the Dheva Mantra resort and spa. 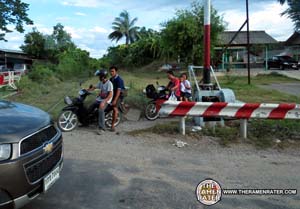 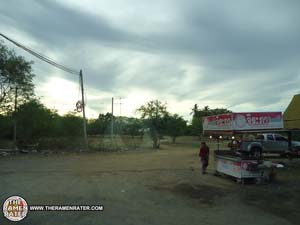 A little food stand in the middle of the countryside.

I had no clue that karaoke was so popular in Thailand.

Then It hit me – I’ve heard this song two times now while here in Thailand. I didn’t expect to hear the Carpenters in Thailand. It reminds me of the Malaysia trip last year. I kept hearing this catchy tune over and over and asked our friend Thomas ‘hey I keep hearing this song over and over – what is it?’ Then with a Chinese accent, he says ‘oh – it’s Taylor Swift.’ What – like 10,000 miles from home to find out I’m a closet Taylor Swift fan? Absolutely surreal. 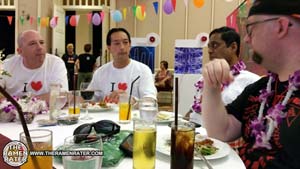 Chatting up about what I do. 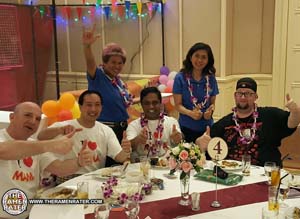 Had such an awesome time – been meeting so many nice people!

My sister and I were totally beat so we decided to turn in early. The balcony at our room was great – sounds of the jungle. What was cool was that if you just sat and listened, you’d hear some new species of animal every minute or so. Another amazing day in Thailand!