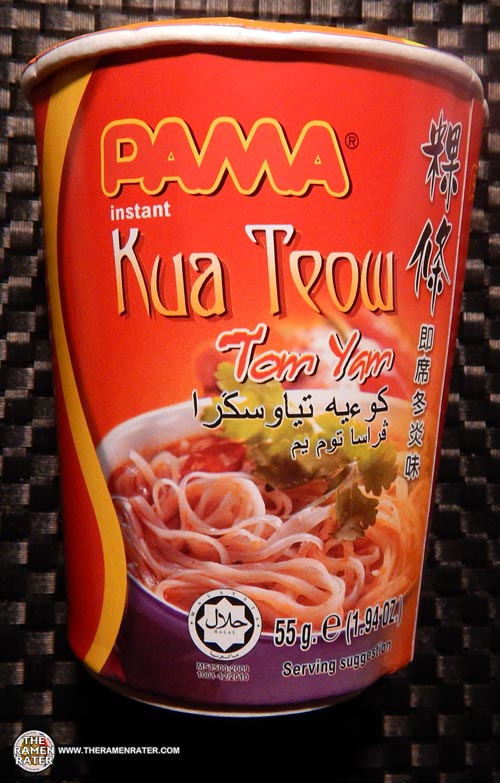 Yet another one got in Malaysia during our trip! Thank you, Thomas! A popular dish in Penang is Char Kuay Teow, fried rice noodles. It’s kind of like the mee goreng of rice noodles. Kua Teow is rice noodles – and this is rice noodles with tom yam broth. From what I found online, it’s more a popular Thai dish. Either way, this sounds really good! Let’s dig in to some spicy stuff from Malaysia! 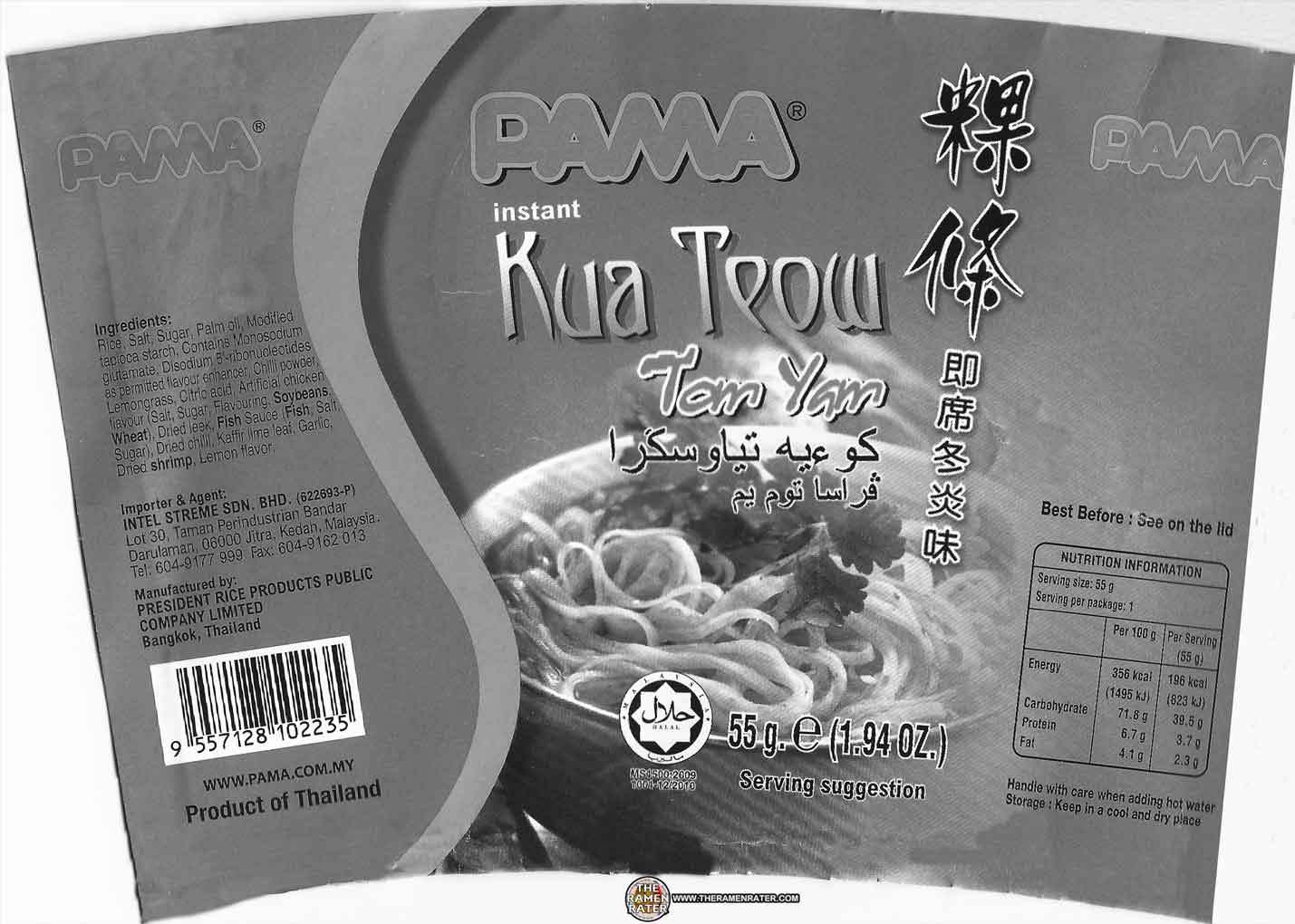 Detail of the side panels (click image to enlarge). Contains seafood. 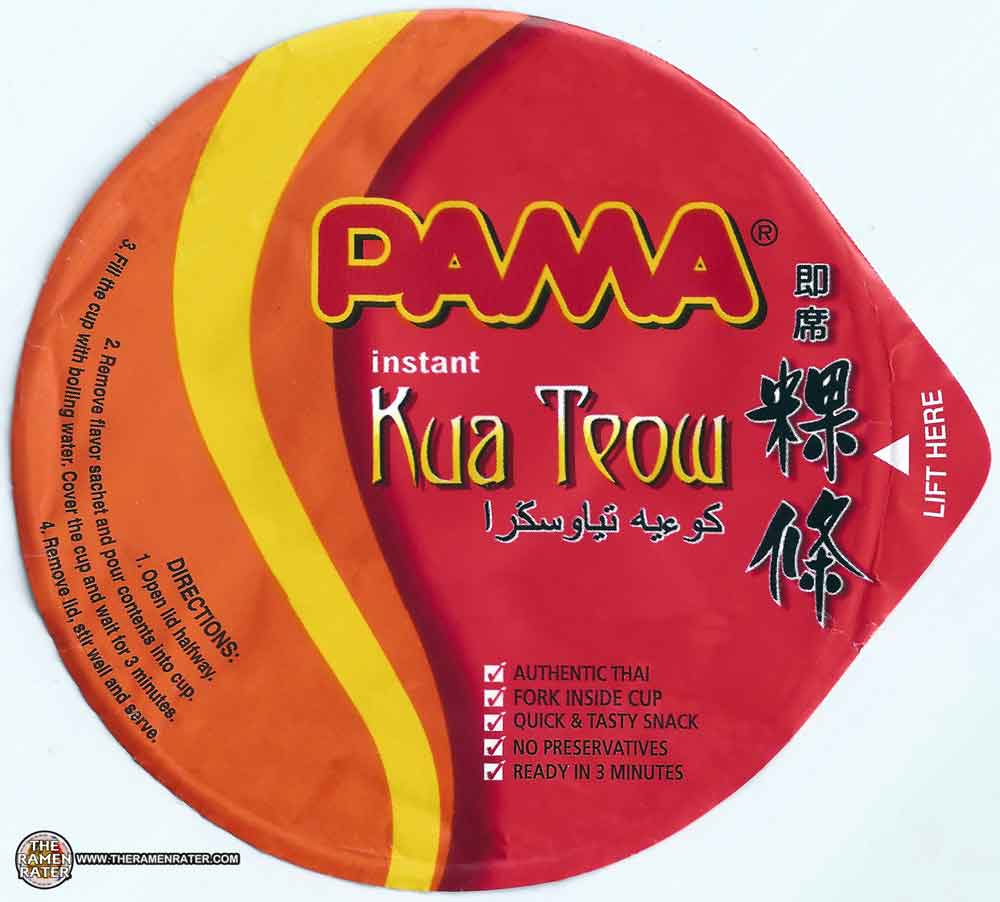 Detail of the lid (click image to enlarge). To prepare, empty sachets into cup and fill to line with boiling water. Steep for 3 minutes, stir, and enjoy! 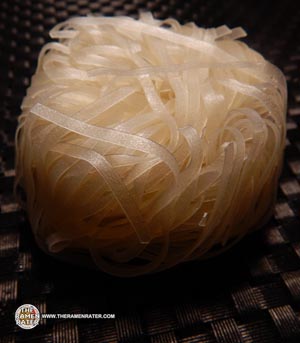 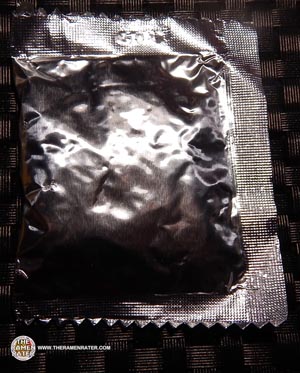 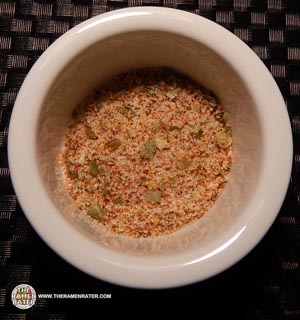 A large amount of powder. 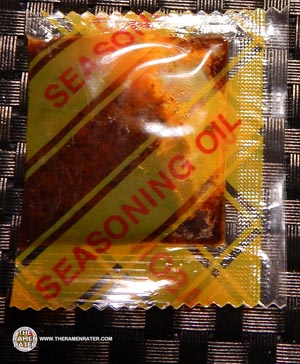 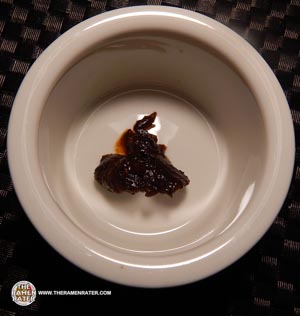 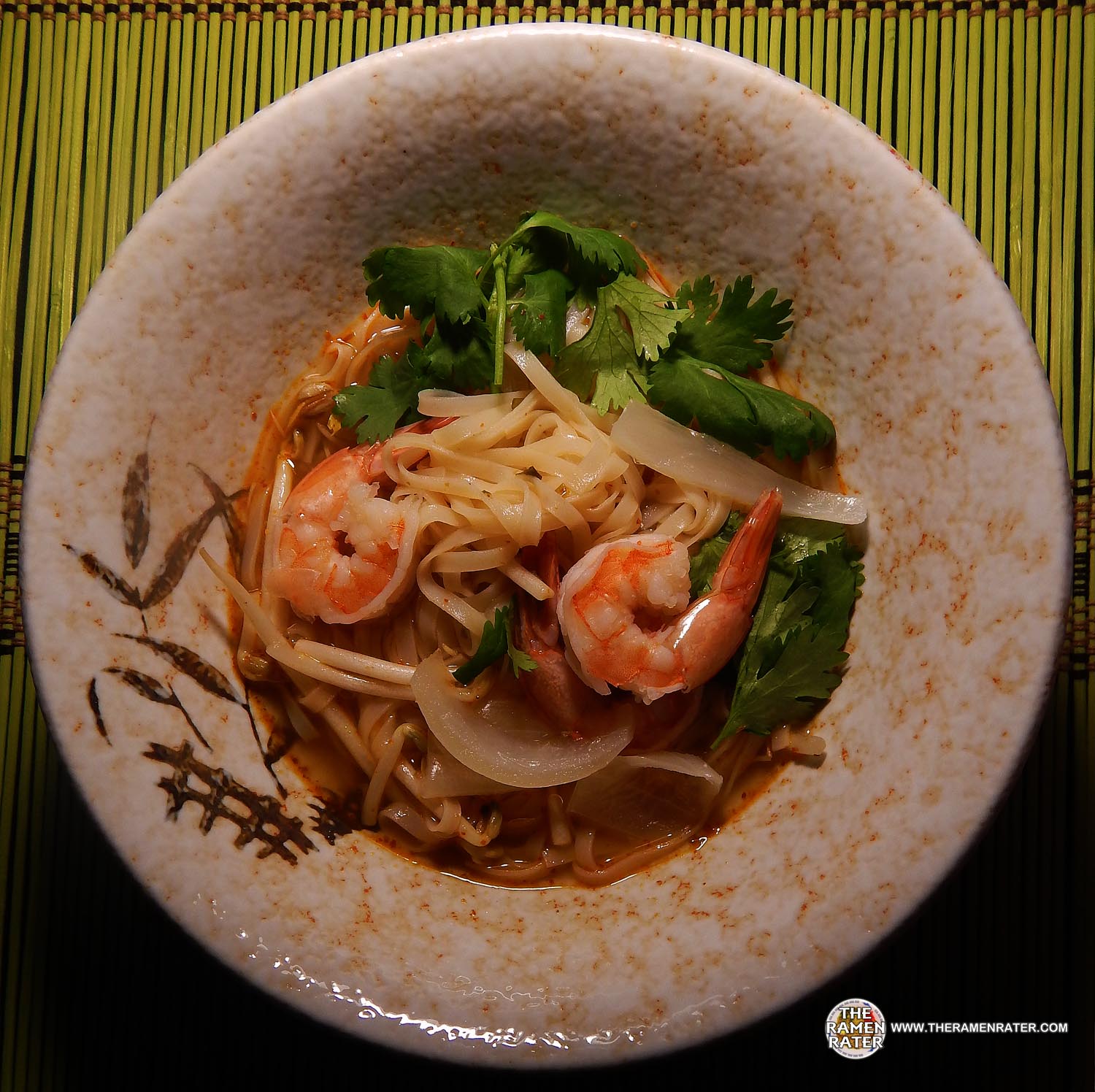 Finished (click image to enlarge). Added prawns, coriander and sweet onion. The noodles hydrated extremely well – not too chewy and definitely not mushy. The broth was as promised, a tom yam flavor. It was nice and strong as I like it. 3.75 out of 5.0 stars. EAN bar code 9557128102235.

Penang Heritage Food: Yesterday’s Recipes for Today’s Cook – (from Amazon) Penang is one of the food capitals of Malaysia. However, over time, many Penang heritage dishes have been modified so much that what is served today is just a pale image of the original. The tastes of home-cooked dishes have not been faithfully reproduced from one generation to the next. Similarly, street- food and restaurant recipes have not been faithfully passed from a retiring chef to his successor. This book preserves the Penang heritage food from days of yore, covering home- cooked food, street food and restaurant dishes. Meticulously researched, every recipe is prefaced with heritage information and, together, they trace Penang heritage food to its Thai, Hokkien, Hainanese, Indian and Malay roots. Penang Heritage Food won a national award for best culinary history in the World Gourmand World Cookbook Awards.