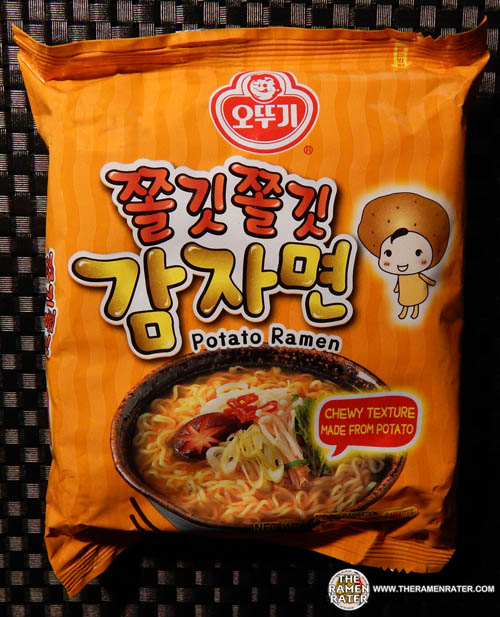 Woot woot – potatoes! These sounded good today – potato ramen… I really like the little Ms. Potato Head on the packaging. Ottogi makes some interesting varieties – I reviewd many of them waaaay back when I moved to Edmonds, WA. I would walk every day and pick up a single pack and bring it home, cook and review. Those were in the #100-#300’s. Seems like forever ago! These noodles are made primarily with potatoes, which give them an extra chewiness. Let’s check out Ottogi Potato Ramen! 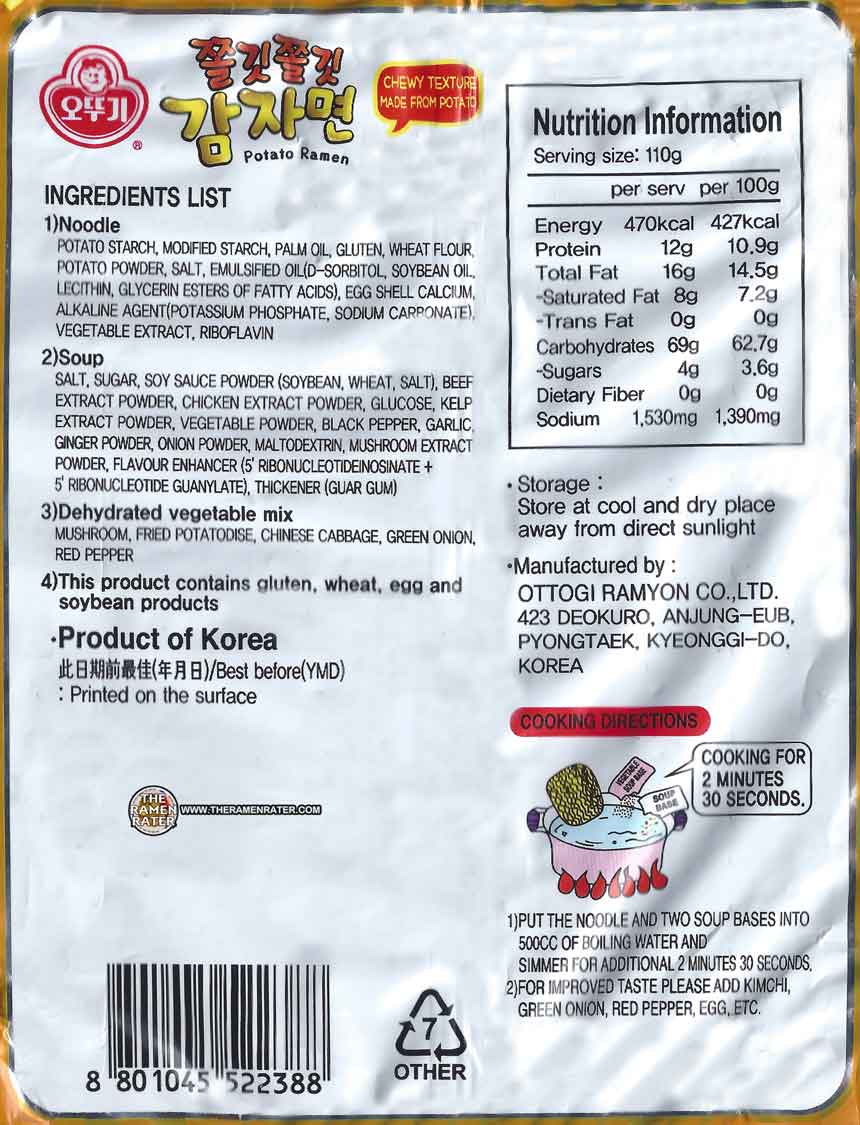 Here’s the back of the package (click image to enlarge). Contains beef. To Prepare, add noodle block and sachet contents to 500ml boiling water. Cook for 2 minutes, 30 seconds. Enjoy! 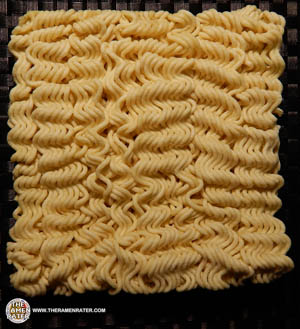 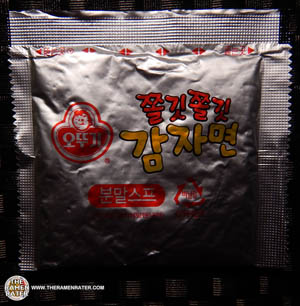 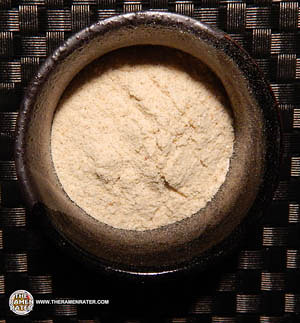 Has a nice garlicky scent. 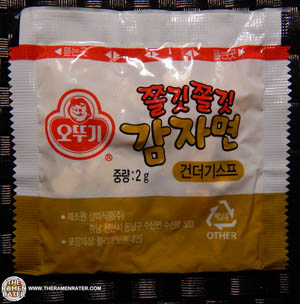 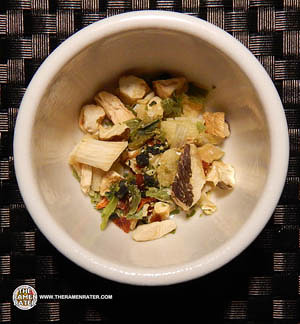 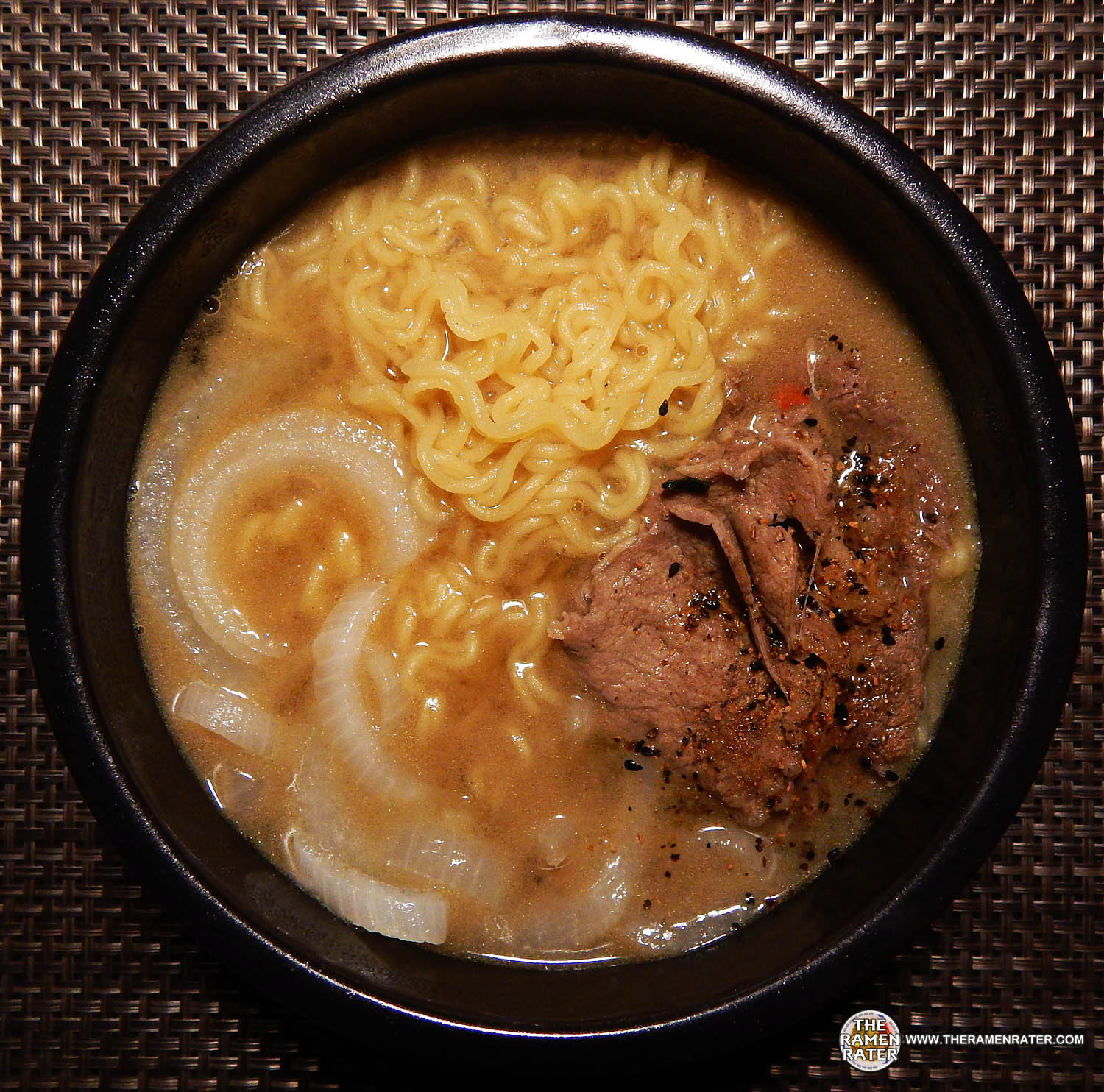 Finished (click image to enlarge). Added sweet onion, thin sliced beef and Jane’s Krazy Mixed Up Pepper. The noodles are thick and indeed chewier than most ramyun noodles I’ve had. The broth has a nice garlicky and beefy kind of thing going on – pretty good. 3.75 out of 5.0 stars. EAN bar code 8801045522388.

Alternately, if you like cheese more than potatoes as well as a character that has a block of cheese on her head, you might like this cheese ramyun!

Here’s an ad for Ottogi Jin Ramen. Okay so if you follow my blog, you should know that I’m a die-hard San Francisco Giants fan. Well, this Ryu guy is now a pitcher for the LA Dodgers, the team we’ve had probably one of the most notable rivalries with in all of baseball history! Anyways, last time this guy pitched against us, we beat the dodgers 9-0! It was a really great game.