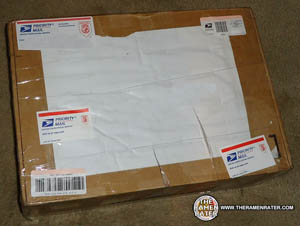 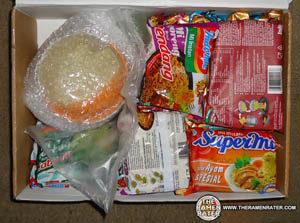 A rad bowl! Indomie just had their 40th anniversary! 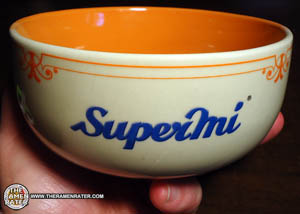 Indofood also makes SuperMi! A really cool bowl! Was a real bummer – has a little crack in it… It’ll have a hallowed place on my noodle accoutrements shelf! 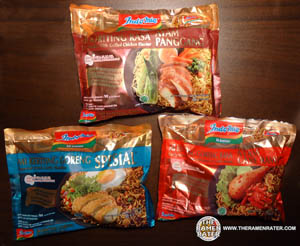 Three of the special noodles line – grilled chicken, original and chilli paddi! Two of ’em are on top ten lists! 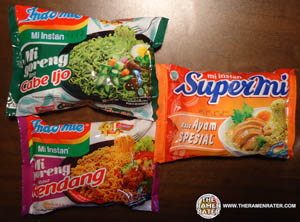 Cabe Ijo is a spicy green chili flavor that came out recently and Rendang is a spicy classic. The SuperMi is good stuff, too! Thanks to Susienta at Indofood CBP in Jakarta, Indonesia and his friend who brought these to the US and sent them!