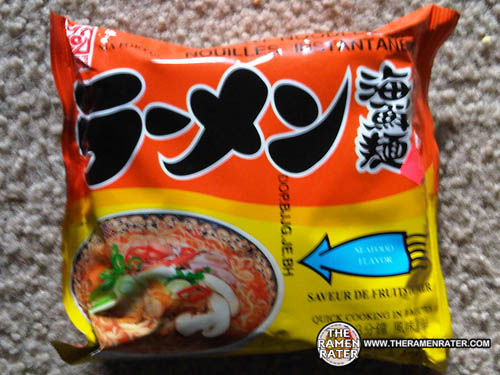 Got this package at a very weird little asian grocery. Very weird. The place was dirty, in extreme disarray and after we left we saw a cop pop in. Most of the signs were in sharpie on cardboard and on the way in instead of a mat or carpet, cardboard was used. Very ghetto. But I haven’t seen this stuff elsewhere so hooray! 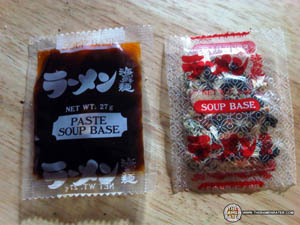 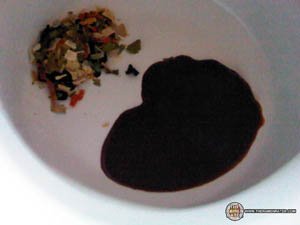 The paste was thick and was nice to see that the veggies included the mystery circles I like to think are pieces of dehydrated mini radish. 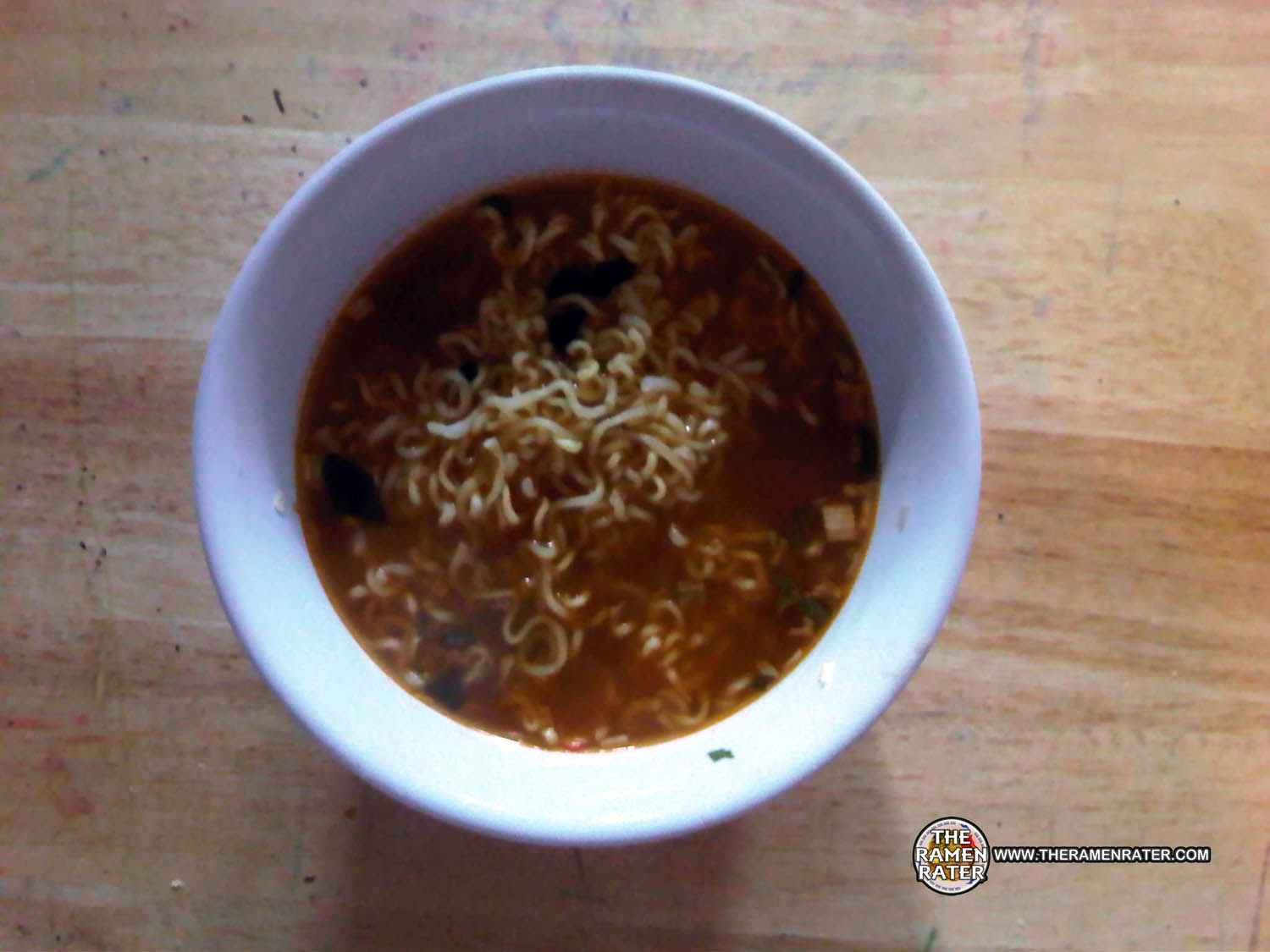 The finished product (click image to enlarge). The noodles were really lame; spongy and almost soggy and dilapidated. The broth was a little hot with a seafood finish and kind of thick. The vegetable were a little out of the ordinary with a lot of peppers going on. All said and done I wasn’t very impressed and the most interesting thing here was the packaging; I really liked that. I’m giving it a generous 2.5 out of 5.0 stars.