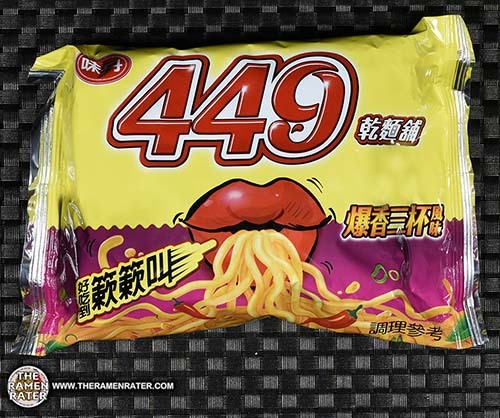 Alright here’s one of the ones sent by the University student working on her Master’s thesis paper. It’s getting closer to her deadline at the time of writing this, so I am busting out the last three. So – three cup chicken – here’s some info from Wikipedia –

There are several versions for the origins of sanbeiji. These stories often involve a cook who placed three cups of sauces into an earthenware pot and simmered it for a long time. One version is that of Wen Tianxiang, a national hero and Jiangxi native during the Song Dynasty. Wen was captured by the invading Yuan armies of Kublai Khan and tortured for 4-years during his imprisonment. It was during this time that a sympathetic prison warden cooked the dish for him (using these limited resources) before Wen Tianxiang’s execution.

The dish derives its name from the three cups of sauces required. For each chicken, a cup each of soy sauce, rice wine (usually mijiu although it may be mixed with Shaoxing jiu), and sesame oil are added. Lin Shangquan, a famous chef in Taiwan, believes that the traditional recipe called for a cup each of soy sauce, sesame oil, and sugar, with added ginger, garlic, and basil.

The chicken, together with the sauces, is cooked in an earthenware pot on high heat for ten minutes, then on low heat to allow the sauces to be absorbed by the meat. Sanbeiji is served with no sauce; the dish is cooked until all the sauce evaporates and is absorbed by the chicken. When it is served at the table, the chicken should be sizzling—even popping—on the cusp of burning. This gives the chicken a crisper texture (and richer flavor) unlike most other Chinese or Taiwanese stewed dishes. The dish is then eaten with either steamed rice or rice congee.

Other meats, such as pork or frog, can be substituted for chicken in this dish without detracting from the taste.

Interesting and sounds good! Let’s give this one a go! 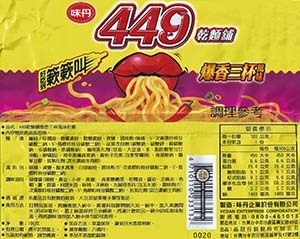 Here’s the back of the package (click to enlarge). Unsure whether it contains meat – check for yourself. To prepare, boil noodles for 3 minutes in 450ml water. Drain. Save drained water and mix with silver soup sachet – there’s your sipping soup. Add liquid sauce to noodle. Finally, stir and enjoy! 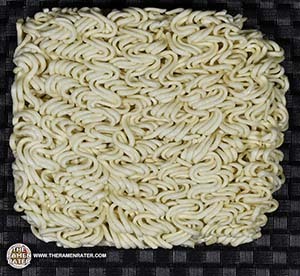 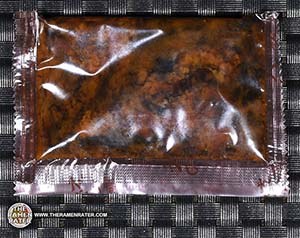 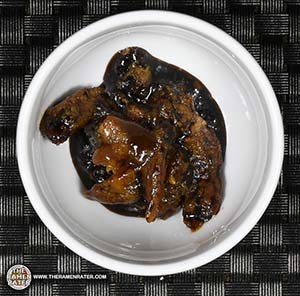 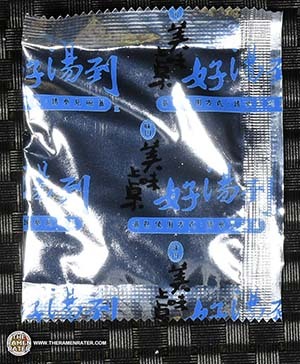 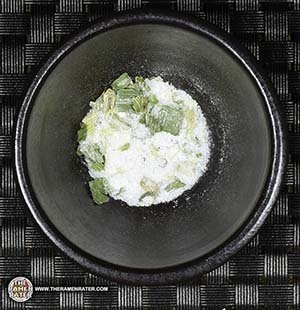 To be mixed with the drained water. 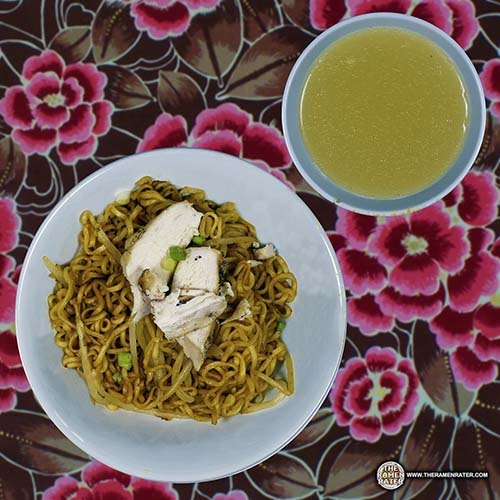 Finished (click to enlarge). Added salt and pepper chicken (sal.lted with Salt For Life) and scallion. The noodle is a very standard one – no frills here. The flavor is kind of a spicy, soy and sesame melange much like its namesake. It was so-so. The broth however was not to my liking at all – just a turn off and had an off-putting taste. 1.75 out of 5.0 stars.  EAN bar code 4710110233132.