On November 14th, 2017, my wife drove me to Seattle International Airport. My main impetus for the trip was to do an awards show at the Taiwan International Food Expo – the first food show I’d ever been invited to. They asked if I’d come and do a little awards ceremony for the top three from The Ramen Rater’s Top Ten Taiwanese Instant Noodles Of All Time 2017 Edition list that came out in September. I was definitely all in for doing this for sure – after visiting Taiwan last year I was keen on visiting again. This time was different – it was my first time travelling alone. I was a little pensive about this (I’m legally blind) but I have flown to Taiwan 3 times previously and so thought hey – I can do this. Oh – and a week before I broke my pinky toe. That was really annoying but broken toe be damned – I was going! So I got to the airport around 11pm, went through security, grabbed some drinks and snacks and headed to my gate. Hopped on the plane just after midnight. 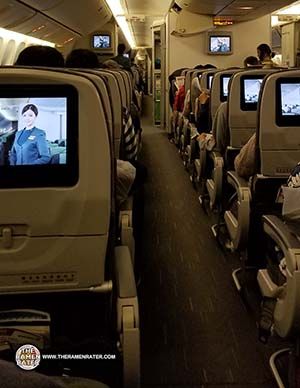 So last time I flew, I didn’t walk around much during the flight. I had taken some sleep aids to get through the flight faster. Long story short, I got a blood clot in my lung. My doc said I really dodged a bullet and so I wanted to be safer this time. I got an aisle seat so I could get up and walk around more easily.

The flight to Taiwan takes 13 hours. It’s a big chunk of time to sit. I watched some Star Trek: Deep Space Nine on my phone and took a couple cat naps. I got up and walked around every hour or two. 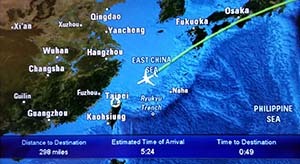 After a long flight, people are definitely eager to de-plane. It get s a little silly usually but yeah I got off the plane eventually. I was in row 71 – the next to last row and so I figured I’d get off when I got off. One thing I should mention – I think plane boarding is done completely wrong. They have people board in order from front to back. Why don’t they do back to front? Just seems like it would be so much more orderly. Anyways, I got off the plane, went through customs and was in Taiwan. Got my suitcase and met up with my friend Kyle from Howsler Foods. The Food Expo invited me, but they sponsored my trip – a big thank you for that!

Kyle recommended we check out a breakfast place – my flight arrived at around 6am and so that sounded like a good plan. This is a popular and bustling place. There was a long line, but it didn’t bother me at all – was nice to be off the plane and I knew it certainly wouldn’t take 13 hours to get n!

So to the left of the pic above, you can see them working on the prep for food there.

Okay, so why this isn’t here in the United States I don’t know but it should be. This is a big Chinese donut with fried egg in the middle. As I write this, it’s been a month since I returned and I sure could go for one of these right now! After breakfast, we headed over to the hotel. Got checked in and got to rest a while.

I stayed at the Green World Nangang hotel which was close to where the big Food Expo was held. Nice big room and bathroom – very comfy. Chilled for a while and got cleaned up to go out to go check out a couple places.

I had wanted to check this place out since I’d first heard about it. Love Instant Noodles is a restaurant that served instant noodles piping hot and garnished to perfection.

I had some Ottogi Jin Jjambbong and Kyle tried the Samyang Foods Buldak Bokkeummyun for the first time. Was impressed – he didn’t even think it was super spicy! Food was great – I gave my card to the man who served our food and he was stoked – I ended up doing selfies with Alan and Joyce – really nice people and a wonderful restaurant I definitely want to visit again. 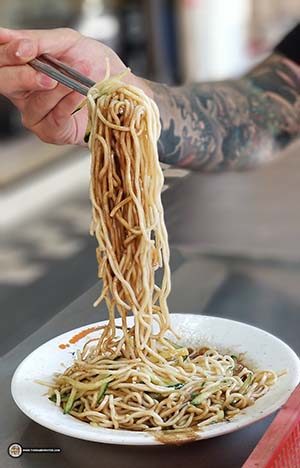 Cold noodles were nice in the hot weather – they had a sesame and soy kind of taste to them. Afterwards, we hit RT Mart so I could get some things then back to my room at the hotel to relax before dinner. I really wish I had gotten some pics/video in RT Mart – I mean it’s pretty big and they had the tallest and longest noodle aisle I’ve ever seen. 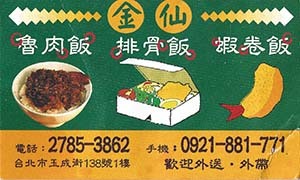 We hit up this place for pork rice. 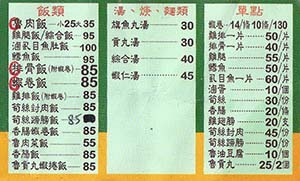 As you can see (click to enlarge), food is pretty inexpensive in Taiwan. Looks like the most expensive thing on the menu is 130NTD – which is just over $4USD.

Here’s the chicken version with a stewed egg as well.

A big slab of tofu and… I can’t remember what was on the plate in the background – but it was good. Afterwards, back to the hotel to pass out until morning.

Yeah, I couldn’t just pass out. I was pretty stoked – I had scored a ton of noodles and things in RT Mart and so I did a YouTube live stream. The wifi at the hotel was very good and so had no problem doing so. Finally after talking to my wife and kids, I passed out.