So I did this review the morning that my daughter Miriam was born one year ago today. Happy Birthday, Miri! I thought I’s repost it with a little update. 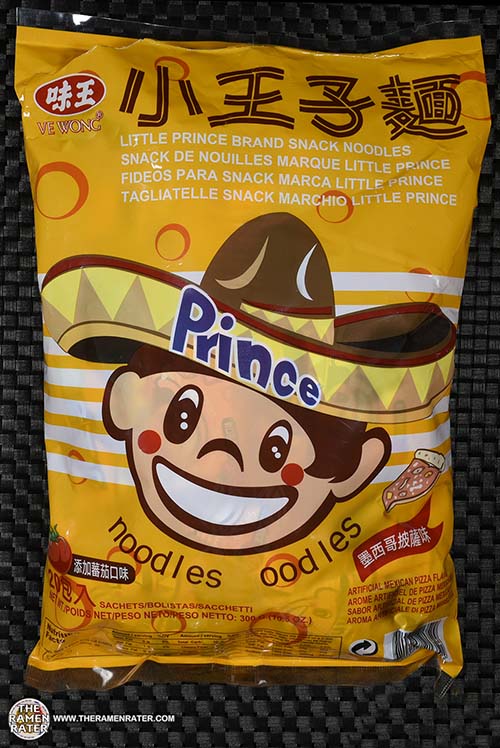 As I’ve said in the past, I’m usually about 50 or so reviews ahead of myself. Well, today is the actual day our daughter Miriam will be born and by the time this comes out she’ll be close to two months old. Wow! It’s early in the morning – although it’s just a few hours away. Really excited! This one seemed interesting enough for a day of birth – Mexican pizza from Taiwan? I think a fiesta is in order; although I wish these were called Little Princess – but hey look at the title I think that works at least a little! Let’s check it out!

Update – Actually, she was two months old 2 days ago! I’ve added a few pictures from the day she was born in with this one. She’s really small – she was 6lbs 1oz. It’s funny; Miles is a big kid and 18 months old and took him ages to be able to balance and hold his huge noggin up which Miri was able to just after a few weeks. 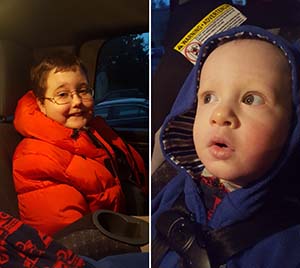 Around 7am, the in-laws showed up and everybody piled in the car. Andy and Miles went over the their Aunt’s while we proceeded to the hospital. It was a cold morning and it was snowing – about as lightly snowing as possible, but snowing nonetheless. 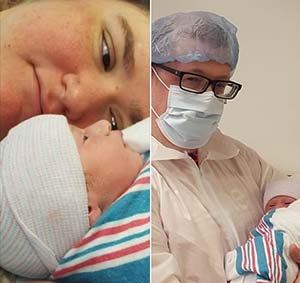 We were scheduled for 1030am and by 11am we were holding our new little baby Miriam. Like I said she’s tiny – two months after being born, she’s still wearing newborn clothes. She likes to be held constantly which I’m okay with – she’s pretty darn cute. 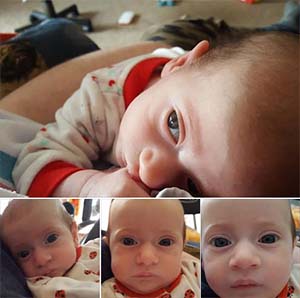 But she’s happy (when fed) and healthy. I pout the video at the bottom of when she was born. Oh yeah – so I stayed in the hospital with Kit and Miri of course after she was born. The second day after getting a visit from Kit’s folks and Andy and Miles, I started feeling funny. Turns out the Norovirus has been going around and I’m in a hospital – the best place to catch something like that. Barfing and everything else you can imagine. Got a lift home and was quarantined for the next 48 hours.

Unfortunately, Kit’s mom and dad and folks at her aunt’s house got it too – evil stuff! But yeah I had to stay away from everybody for 2 whole days. Pretty boring hanging out in the bedroom for that long. I watched all three Smokey And The Bandit movies. Anyways, it lasted about 24 hours and went away. Well, let’s get started with this review! 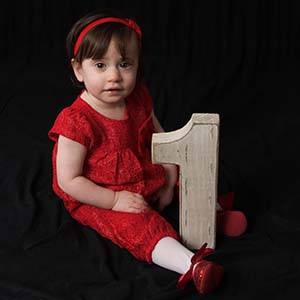 Update 12/17/2017: Well, as I said in the beginning, Miriam is now a whole year old! She’s a funny little girl – quick to smile and laugh but also quick to get grumpy at times. She’s had a pretty tough go with teething – unlike Miles who got through it pretty fast. 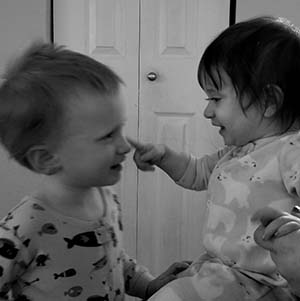 It’s fascinating to watch her grow and interact with her broth Miles who’s knee-deep in the terrible twos. It’s funny; she’s very little and Miles is very big for his age. He is very picky about food, however she will eat anything you put in front of her. My favorite sound I get to hear is when they’re laughing and playing together – it’s definitely music to my soul. It’s not always that way with them, but they’re growing up and learning all the time. Happy birthday to you, Miri! We love you so much! 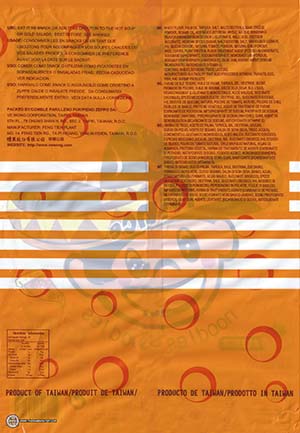 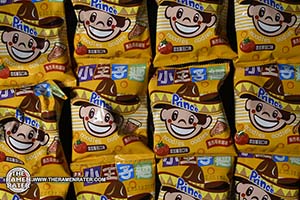 To prepare, open and enjoy! 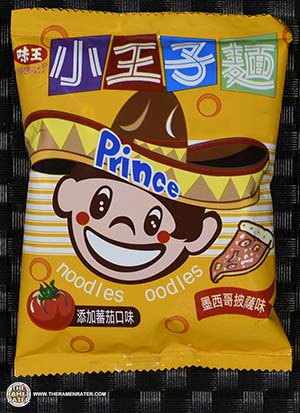 One of the little packages. 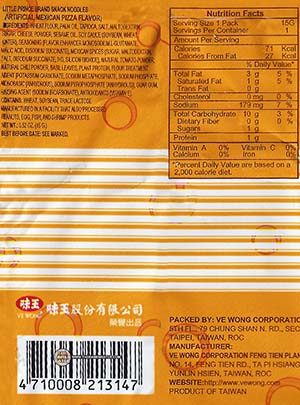 Here’s the back of one of the individual package (click to enlarge). 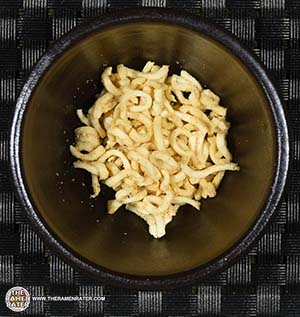 Miles and Miriam playing from a couple of weeks ago