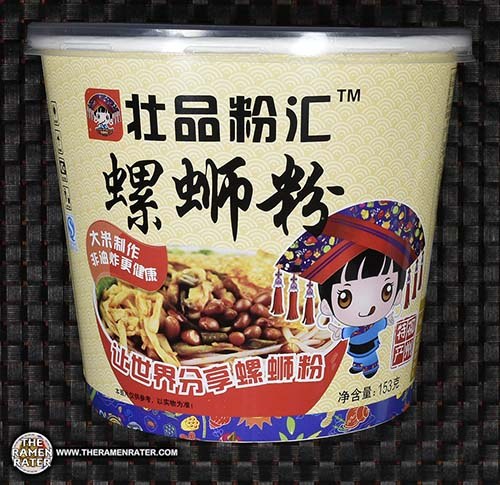 First off, special thanks to a reader from Malaysia who helped with translation. This one just says ‘spicy rice noodle’ on the distributor label, but it seems to be a non-spicy variety and it mentions snail. I don’t know if it actually is but hey you never know.But I’m pretty sure this is the regular version and not the spicy I reviewed previously by the same company. Actually after getting some comment from a couple friends in Canada and Taiwan, indeed it is snail! Here’s a little from Wikipedia about this variety –

Luosifen (Chinese: 螺蛳粉; Pinyin: luósīfěn; lit. Snail rice noodle) is a Chinese noodle dish and a speciality of the city of Liuzhou, in Guangxi, southern China.[1]

The dish consists of rice noodles boiled and served in a soup made from a stock made from river snails and pork bones which are stewed for hours with black cardamom, fennel seed, dried tangerine peel, cassia bark, cloves, white pepper, bay leaf, licorice root, sand ginger, and star anise. The soup does not usually contain any snail meat but pickled vegetables, fu zhu, fresh green vegetables, peanuts and chili are usually added.[2] Diners can also add extra chili, coriander leaf (cilantro), garlic etc. to suit their own taste.

The dish is served in both small “hole in the wall” type restaurants and in luxury hotel restaurants in Liuzhou city (the latter may include snails in the dish). In recent years, many luosifen restaurants have been established in Beijing, Shanghai, Hong Kong etc. as well as overseas.[3] Instant versions are also available on the web at merchandising sites such as Taobao.[4]

Well, you learn something new every day! Let’s check out this snail variety from China!

Detail of the side panels (click to enlarge). Looks to be meat free but check for yourself. To prepare, we have a dilemma. Specifically, there are no cooking instructions. So, we proceed this way: add everything except peanut sachet. Then fill to line with boiling water and cover for 5 minutes. As it turns out though THERE IS NO LINE! It’s kind of like they say ‘here’s a buckets of stuff – figure it out, fool! Finally, garnish with peanuts. 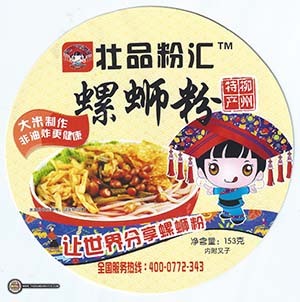 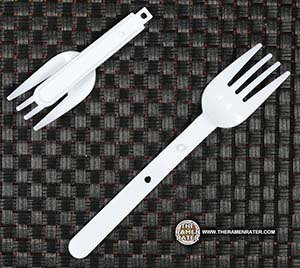 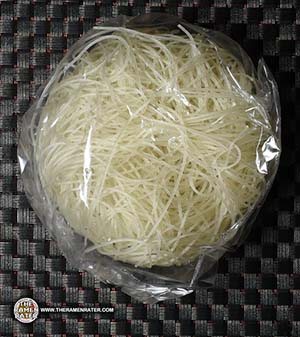 The noodles in their own pack. 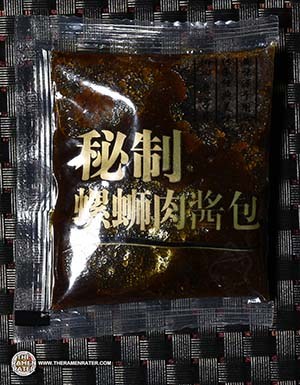 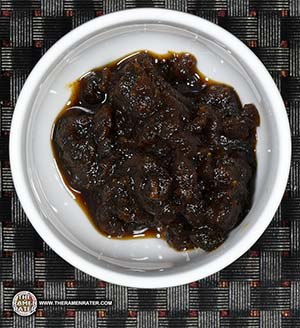 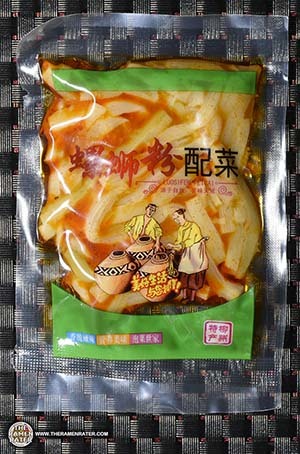 A pouch of pickled something. 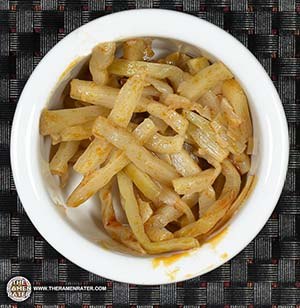 What have we here? 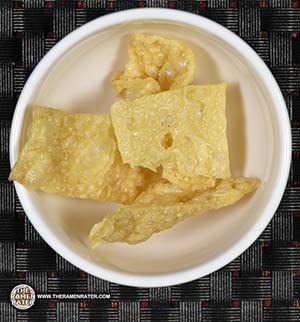 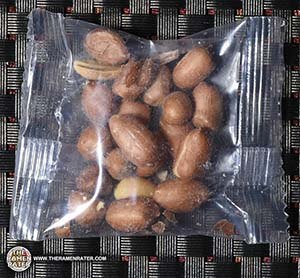 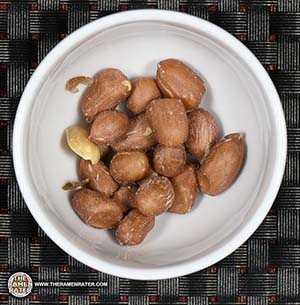 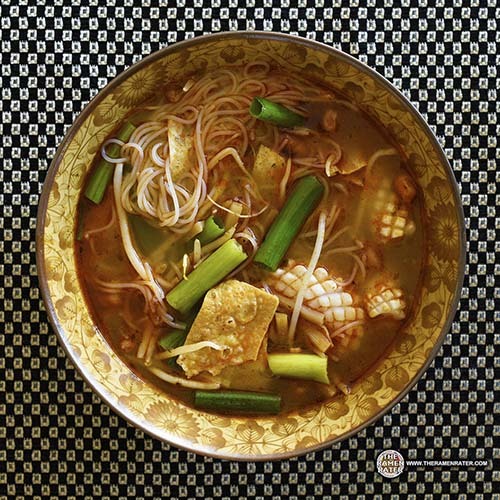 Finished (click to enlarge). Added squid, spring onion,  and Salad Cosmo mung bean sprouts . The rice noodles hydrated quite well in 5 minutes and have a pretty thick gauge and round shape. There’s quite a lot of noodle as well. As far as the broth, oily and with stronjg flavors. I’m not sure about river snail flavors, but it was definitely interesting. The included peanut was so-so and the tofu skin decent. The mustard stems were pretty good. A fascinating bowl of noodles. 3.25 out of 5.0 stars. EAN bar code 6926392500239.

I’m confused a little by this. At the same time, I want to know what the fook is.