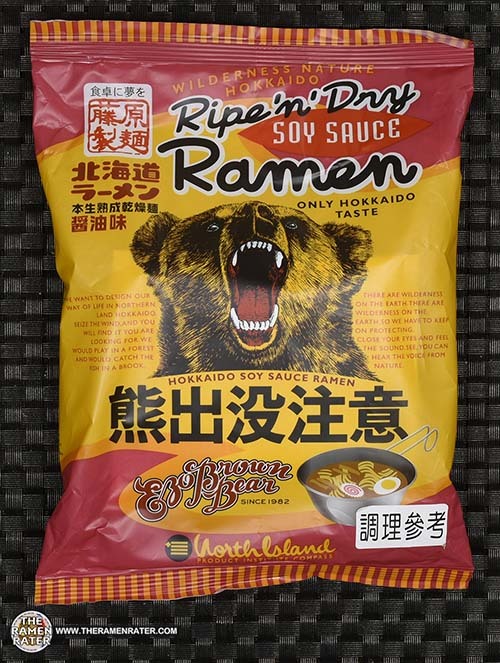 Here’s one I picked up in Taiwan last November. I’d always seen these but never really thought they existed. I’ve seen the design on t-shirts and other things. Ripe and dry sounds like a fart, too! So this one is soy sauce flavor – which would be known as shoyu in Japan. Let’s look up shoyu ramen on Wikipedia –

Well, let’s give it a try! It’s soy sauce time! 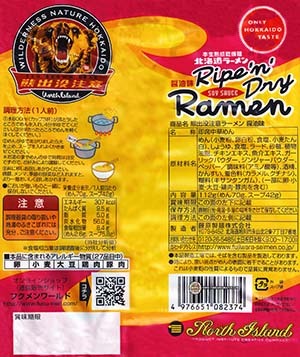 Here’s the back of the package (click to enlarge). Unsure whether it contains meat but guessing there’s a good chance it does. To prepare, add the noodle block to 600ml boiling water and cook for 3 minutes. Add in sachet contents. Stir and enjoy! 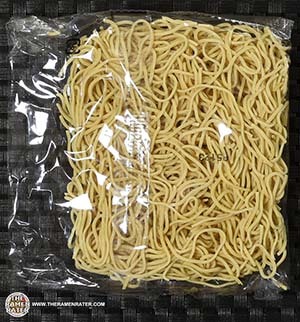 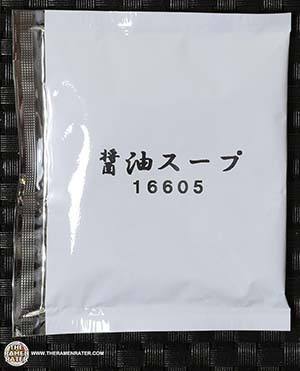 The soup base sachet/. 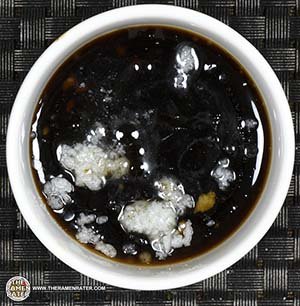 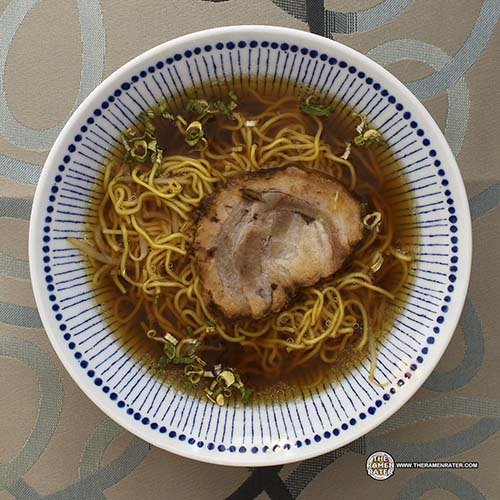 Finished (click to enlarge). Added chashu pork, Salad Cosmo mung bean sprouts and spring onion. The noodles are alright; a little on the chewy side. The broth howefver just ain’t my thing. The dryness is just too much; save it for the wine. 0.25 out of 5.0 stars.  JAN bar code 4976651082374.

So this is a video of travel around Hokkaido, the Japanese island where Ripe’N’Dry is from.