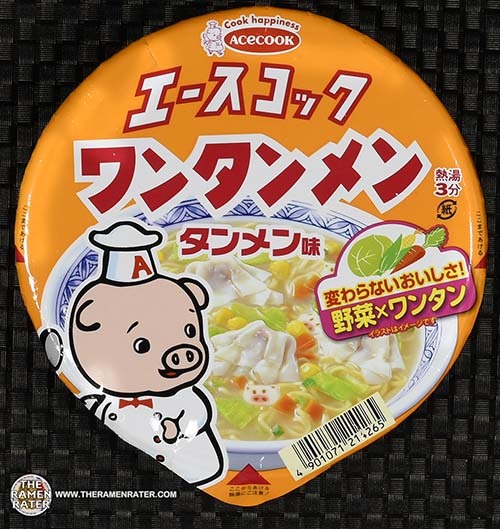 Here’s one from Javier over at www.BoxFromJapan.com – thank you! So Box From Japan is a subscription service – every month, you can get a different four bowls of instant ramen from Japan – pretty awesome!  This one’s wantan men – let’s see what Wikipedia has to say about this variety –

A wonton (also spelled wantan, wanton, or wuntun in transcription from Cantonese; Mandarin: húndun or húntun) is a type of dumpling commonly found in a number of Chinese cuisines.

There are a number of related, Chinese-influenced noodle dishes in Japan, often served alongside ramen in ramen establishments. They do not include noodle dishes considered traditionally Japanese, such as soba or udon, which are almost never served in the same establishments as ramen.

You’ve probably had wonton soup in Chinese restaurants in the United States; watan men is like ramen with the wontons in there. Let’s give it a look!

Detail of the side panels (click to enlarge). Contains fish and pork. To prepare, add in sachet contents and boiling water to fill line. Let steep covered for 3 minutes. Finally, stir and enjoy! 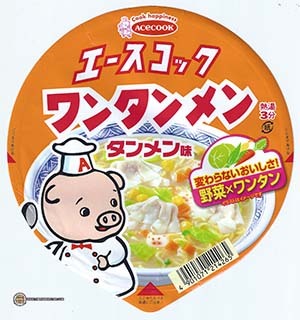 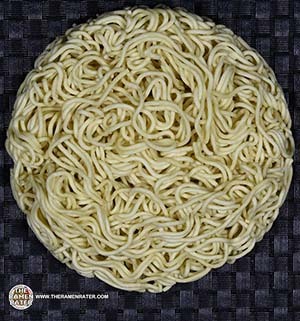 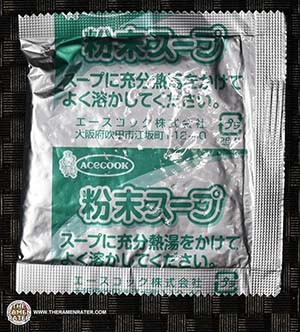 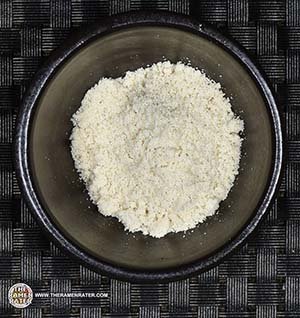 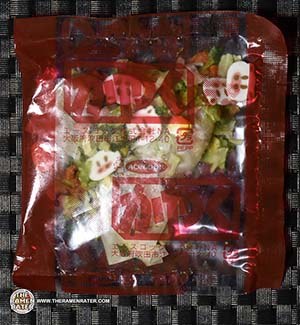 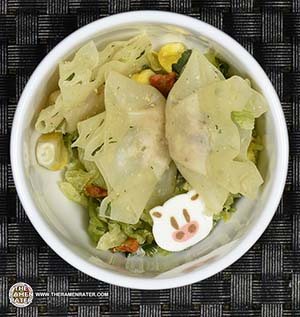 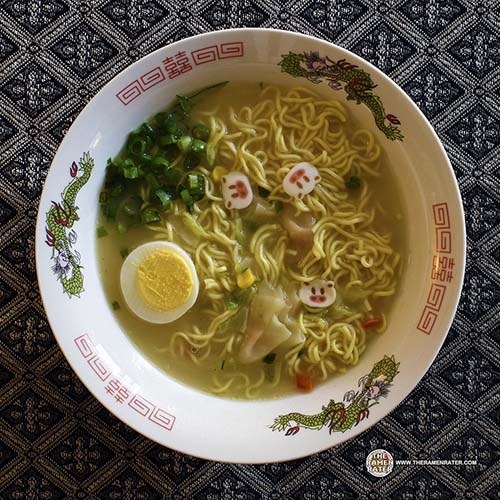 Finished (click to enlarge). Added Salad Cosmo mung bean sprouts, egg and spring onion. The noodles were pretty good. Slight soft chew and mellowness. The broth is good too – good thickness and flavor. The wantan pieces are great – good size and really go well with the broth. Finally, the little piggy fishcakes are awesome. 4.25 out of 5.0 stars.  JAN bar code 4901071214265.

An Acecook TV advertisement for this variety.