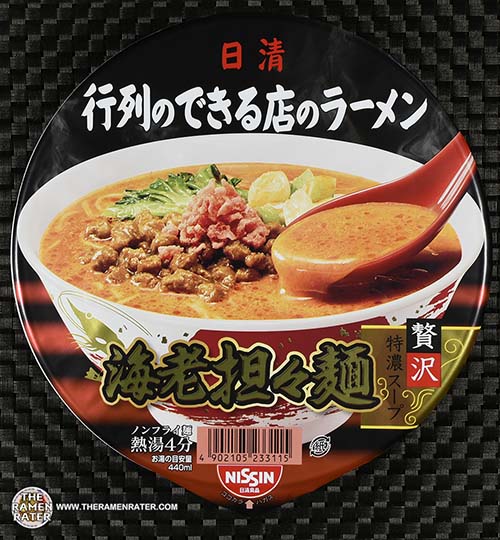 When I pulled this bowl out of one of the boxes Nissin Japan sent, I was immediately curious. I mean, this looks really thick. This is a shrimp tantanmen. What is tantanmen you ask? Wikipedia, if you please…

The name refers to a type of carrying pole (dan dan) that was used by walking street vendors who sold the dish to passers-by. The pole was carried over the shoulder, with two baskets containing noodles and sauce attached at either end. The noodles cost almost nothing, and gradually local people came to call them dandan noodles. Literally, the name translates as “noodles carried on a pole”, but may be better translated as “peddler’s noodles”.

The corresponding Japanese dish is tantan-men, a form of ramen (formally 担担麺, as in Chinese, but often written with 々, or with 坦 instead of 担).

Alright – let’s have a look! 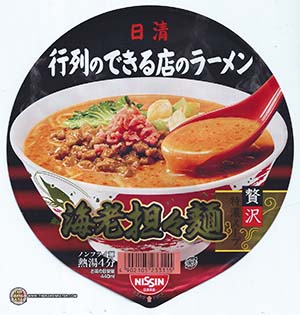 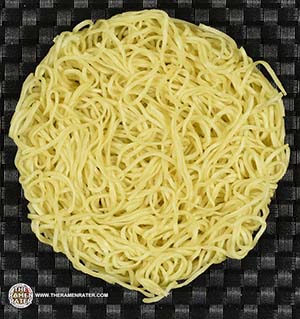 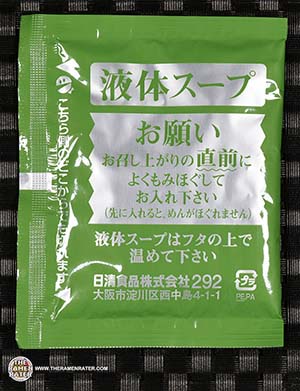 The large soup base sachet. 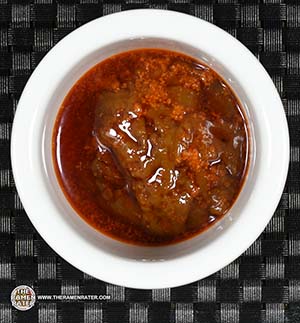 Has a nice shrimp scent to it. 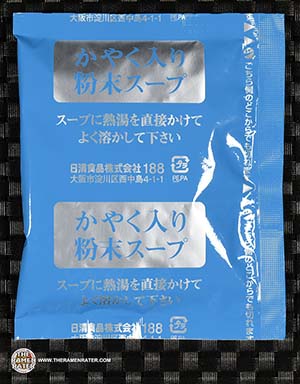 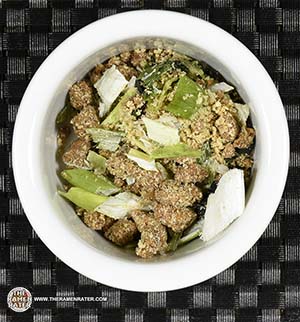 Bits of pork and spring onion and cabbage. 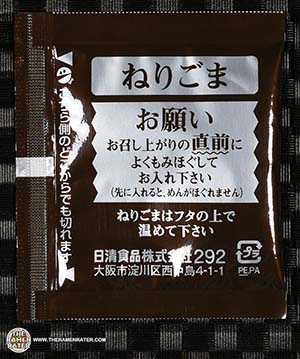 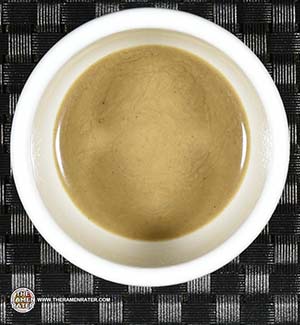 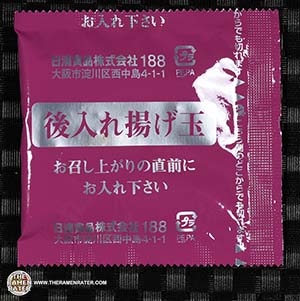 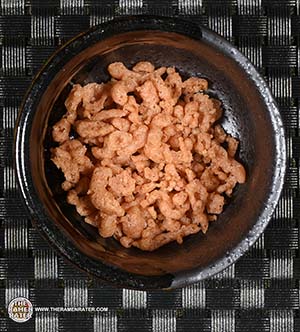 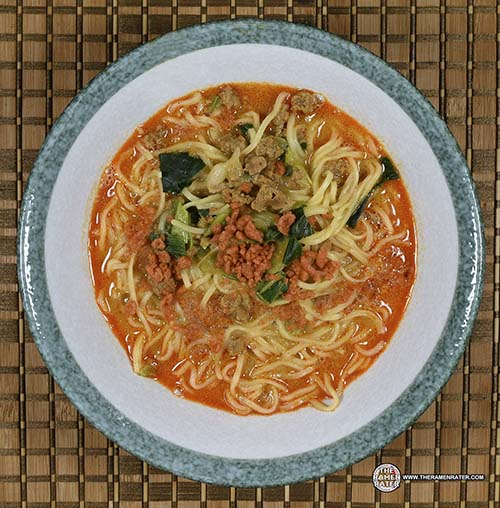 Finished (click to enlarge). The noodles have a very nice thickness and chew – a little lighter than their other premium variants and fittingly so. The broth is more akin to a sauce in it’s thickness. The shrimp and sesame notes coalesce in a colorful symphony. The pork and vegetables hydrated very well and were tasty. The crunchy tofu on top was very good. This was absolutely splendid stuff; beautiful and delicious. 5.0 out of 5.0 stars. JAN bar code 4902105233115.

A great Nissin Cup Noodle TV commercial featuring what looks to be ‘Space Ram,’ the instant ramen that can be enjoyed in outer space!