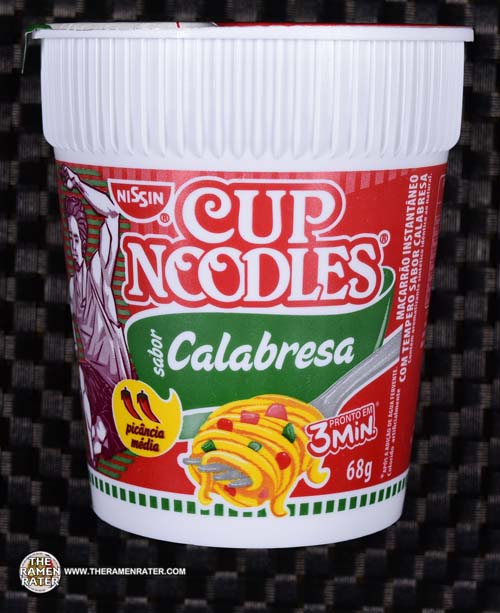 Wow okay so I have been wanting to get my hands on noodles from Brazil for a while now – at least a couple of years. Luckily, my cousins Mike and Adriana frequently visit Brazil and brought me some back! Thank you so much! While these are Cup Noodles, they’ve got some interesting flavor. This one, calabresa (aka linguica) is sausage flavored! Here’s a little about linguica from wikipedia:

Linguiça (Portuguese pronunciation: [lĩˈɡwisɐ]) is a form of smoke cured pork sausage seasoned with garlic and paprika in Portuguese-speaking countries.

Linguiça, like many other sausages, is generally served as part of a heavy meal, typically accompanied by rice, beans, and other pork products. Feijoada, for example, is a traditional Portuguese dish, also common in Brazil andAngola, that incorporates linguiça with beans, ham hocks, and other foods.

In Brazil, one variant is specially popular, the linguiça calabresa or simply calabresa, prepared originally with Calabrese pepper (nowadays with South American pepper) by Italian immigrants and particularly used in pizzas as a spicy sausage. Its popularity compares with pepperoni in the United States. Thus it’s common to differentiate the linguiça calabresa from its counterpart linguiça portuguesa, prepared from the original Portuguese recipe and also served in pizzas as mild sausage, generally with egg slices.

Outside of continental Portugal, Azores Islands, Madeira Islands and Brazil, linguiça is also popular in Goa, Southeastern Massachusetts, Massachusetts’ North Shore, Rhode Island, Southeastern Connecticut, California, Oregon,Seattle, New Jersey, Hawaii, and Okinawa.[citation needed] It is also available in many grocery stores in southern and central New Hampshire, and southern Maine. In these regions it is typically sliced before being braised or grilled.

That’s a decent amount of info on calabresa! Let’s crack this puppy open!

Here’s detail of the side panels (click to enlarge). contains meat. To prepare, add boiling water to fill line and cover for 3 minutes. Stir and enjoy! 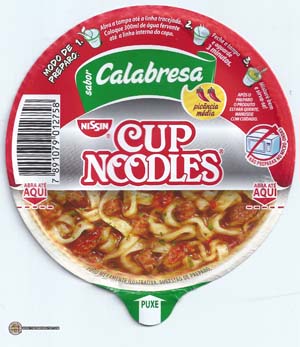 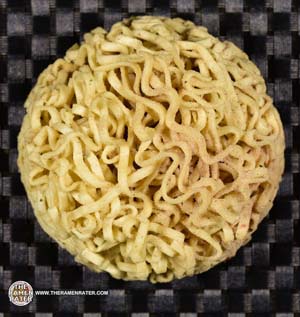 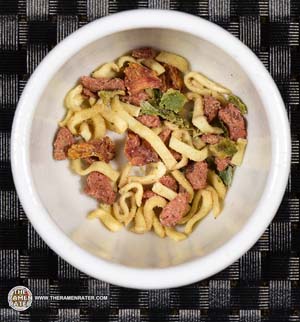 Lots of bits from the cup. 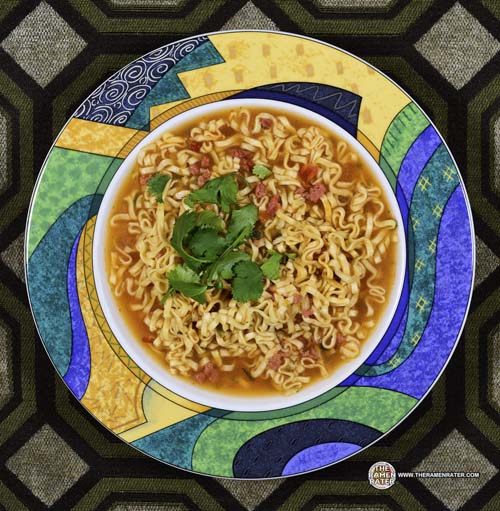 Finished (click to enlarge). Added cilantro. The noodles were very crumbly, but lent themselves perfectly for this application. They crumbled, the broth had a smoky bean kind of thing – and the crumbly texture was almost rice-like. It was very reminiscent of red beans and rice with smoky sausage. Fascinating and tasty! 4.25 out of 5.0 stars. EAN bar code 7891079012758.