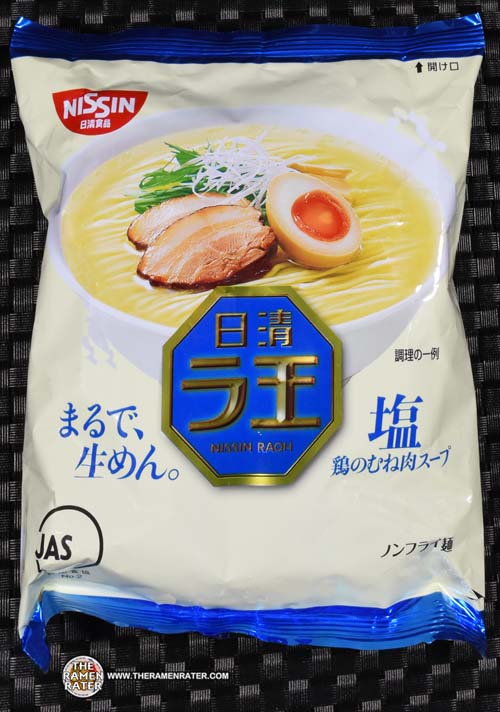 Here’s another one I got from Casey in Hong Kong – thanks! Nissin’s Raoh is a premium line of fancy Japanese ramen. Shio translates to salt – here’s a little about shio from wikipedia: 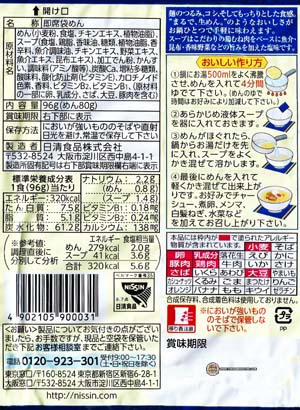 Here’s the back of the package (click to enlarge). Unsure whether it contains meat. To prepare, add noodle block to 500ml boiling water and cook for 4 minutes. Add in contents of sachet. Stir and enjoy! 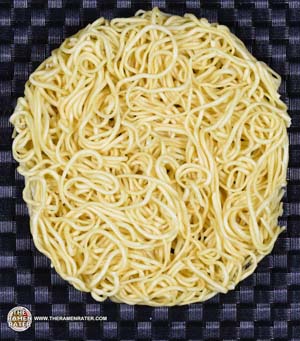 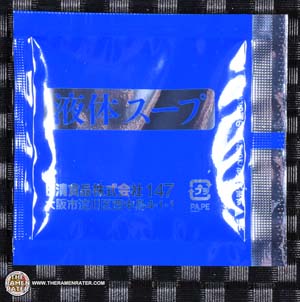 The liquid soup base. 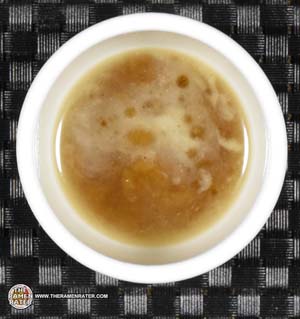 Has a pleasing scent. 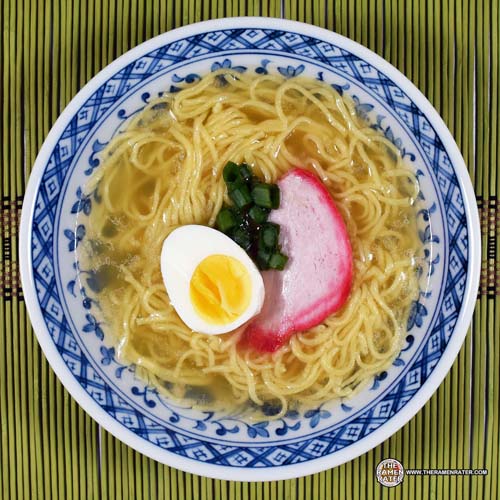 Finished (click to enlarge). Added hard boiled egg, spring onion and barbecue pork. The noodles are very nice – excellent chewiness and gauge. The shio broth is quite nice as well – a rich flavor with a full body. Definitely a high quality product with a lot of thought put into it. 4.75 out of 5.0 stars.  JAN bar code 4902105900031.