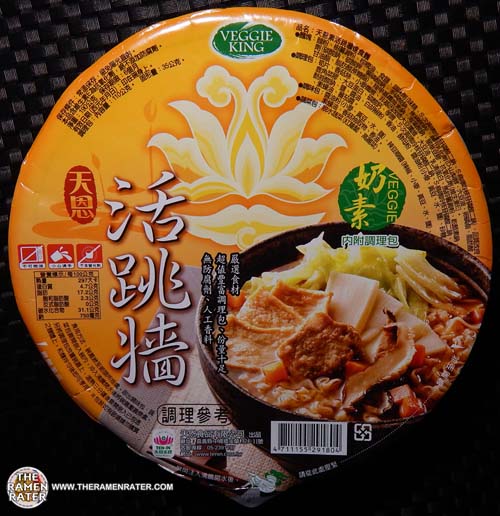 Here’s one I got from the folks at Exotic Noods, the first subscription instant noodle service I’d heard from! It’s one big bowl, that’s for sure – and heavy, too! I looked into Buddha Jump on wikipedia and found this –

Buddha Jumps Over the Wall, also known as Buddha’s Temptation, (Chinese: 佛跳墙; pinyin: fó tiào qiáng) is a variety of shark fin soup in Fujian cuisine.[1][2] Since its creation during the Qing Dynasty (1644 – 1912),[1]the dish has been regarded as a Chinese delicacy known for its rich taste,[3] usage of various high-quality ingredients[4] and special manner of cooking.[1] The dish’s name is an allusion to the dish’s ability to entice the vegetarian monks from their temples to partake in the meat-based dish.[5] It is high in protein and calcium.[6]

I suppose the Monks could partake in this as it’s vegetarian. Note the yellow color on the lid – this could mean that it would be permissible during the Nine Emporer Gods festival, and wouldn’t contain any ‘fetid’ vegetables like onions or garlic. Anyways, let’s have a look within! 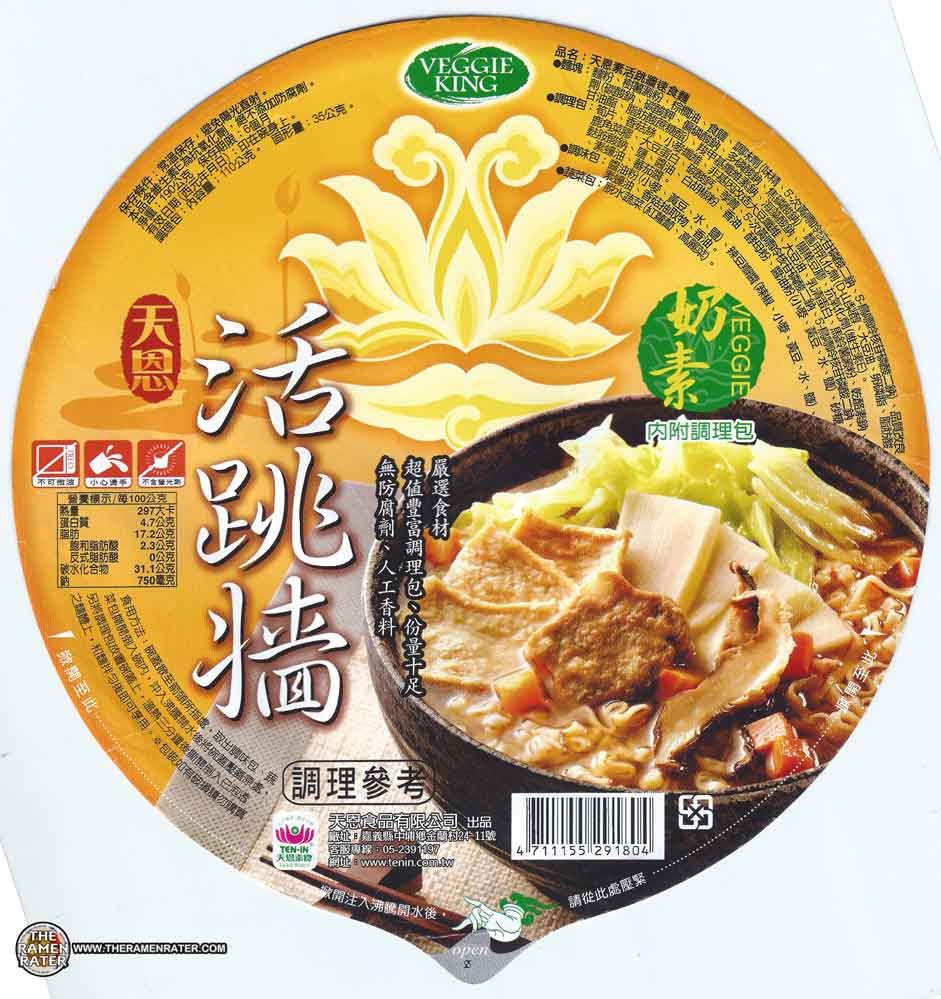 Detail of the lid (click image to enlarge). Vegetarian. To prepare, add contents of the smaller sachets to the bowl and add boiling water to fill line. Cover and steep three minutes, letting the large sachet be used to hold the lid down, which also will raise its temperature. Add in contents of large sachet and stir. Enjoy! 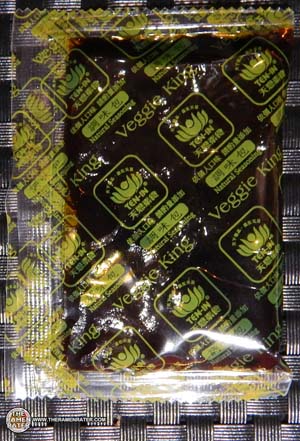 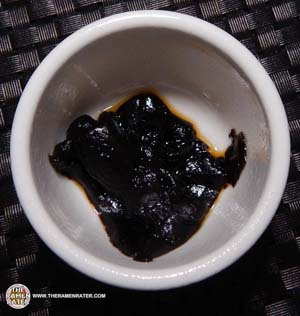 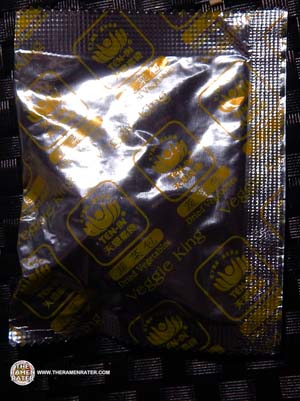 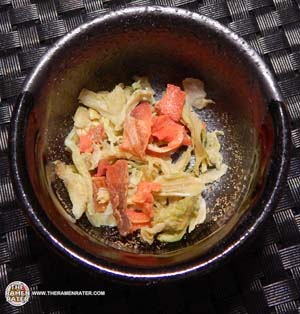 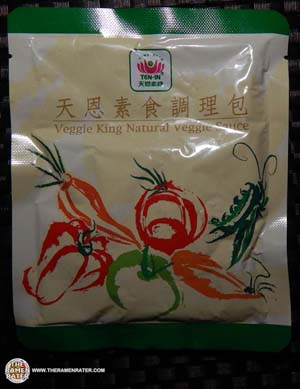 This is a very large sachet, known as a retort pouch. 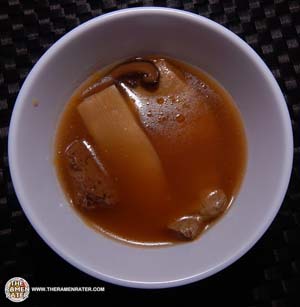 A liquid as well as TVP, bamboo shots and some other kind of thing I’m not sure of. 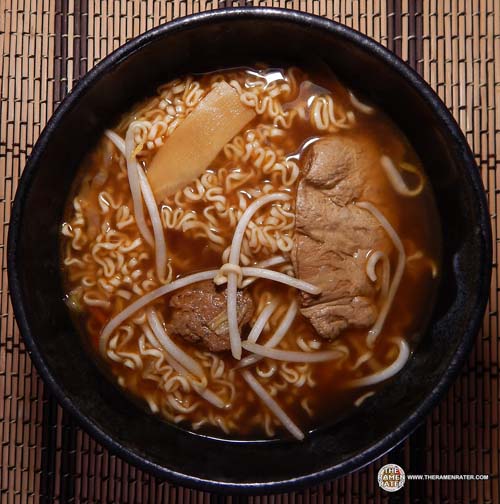 Finished. Added Salad Cosmo mung bean sprouts. The noodles hydrated well enough and were of good quality. Unfortunately, that’s where my enjoyment of the bowl ended for the most part. The broth had a kind of flavor that I can only describe as ‘brown.’ Maybe mushroom based? The big sachet had some interesting things inside, like bamboo shoots that were decent. The piece of TVP (fake meat) was pretty good, however the other thing – it was a big, funky, chewy and weird thing and I found it unpalatable. The dehydrated veggies hydrated nicely. 1.5 out of 5.0 stars. EAN bar code 4711155291804.