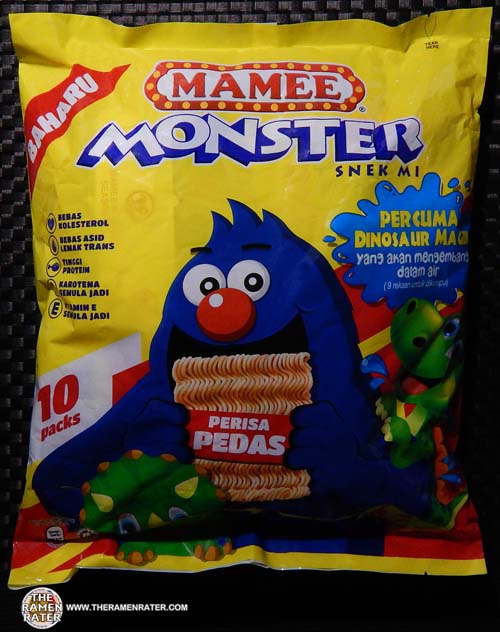 The last time I got samples from Mamee Doubledecker, they sent quite a few things along. They sent two of these ten packs of Mamee Monster as well! This is a new flavor – Pedas. Pefas means spicy! Let’s have a look at this one – and look – there’s a prize inside! 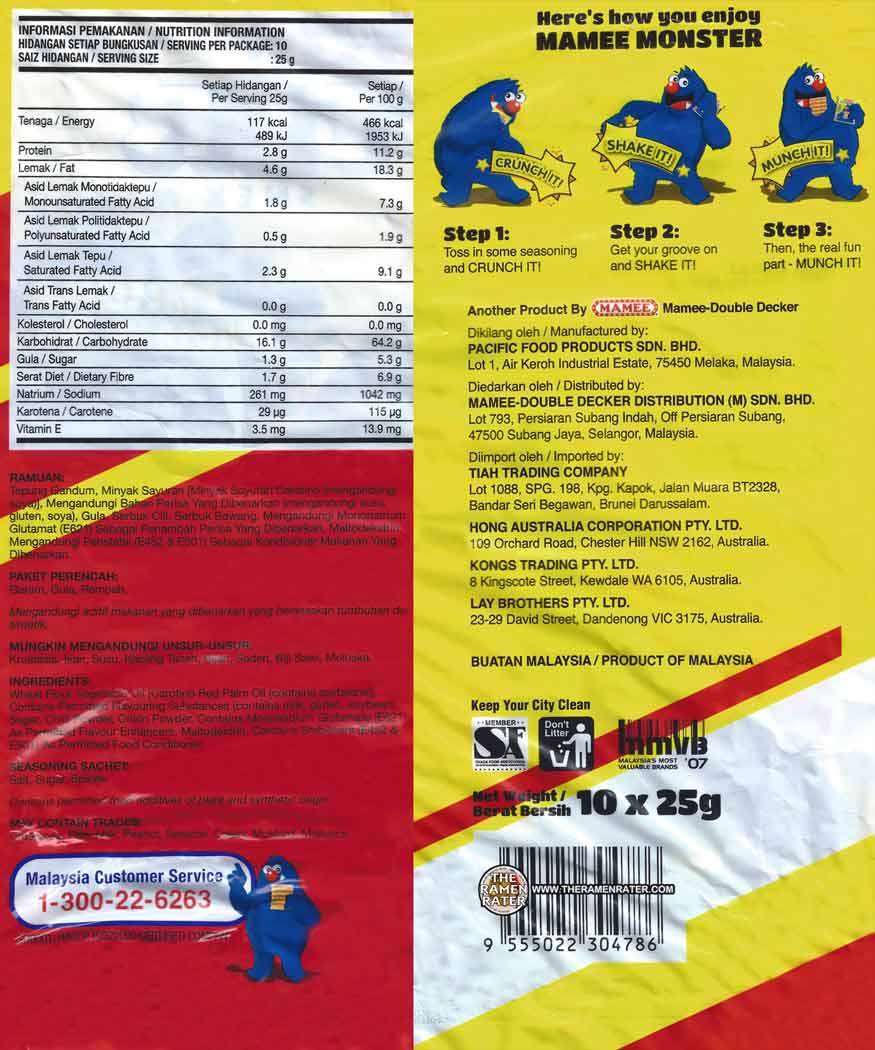 Here’s the back of the ten pack bag (click image to enlarge). Looks to be meat free but check for yourself. To prepare, take a pack and crush it while closed. Open and sprinkle one of the sopplied seasoning sachets into the pack. Close and shake it up. Enjoy! 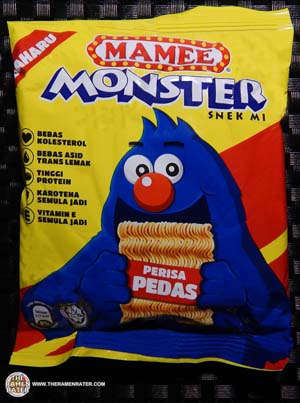 One of the individual packs. 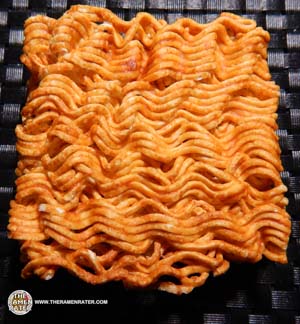 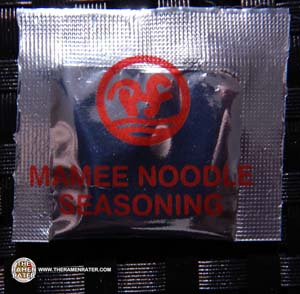 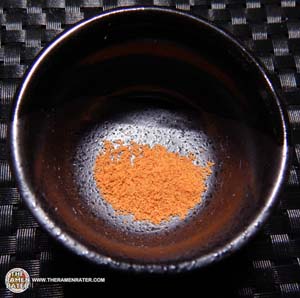 A small amount of powder for the little packs. 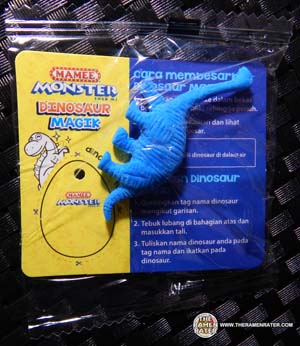 They sent two of the ten packs, so I got two different dinosaurs! 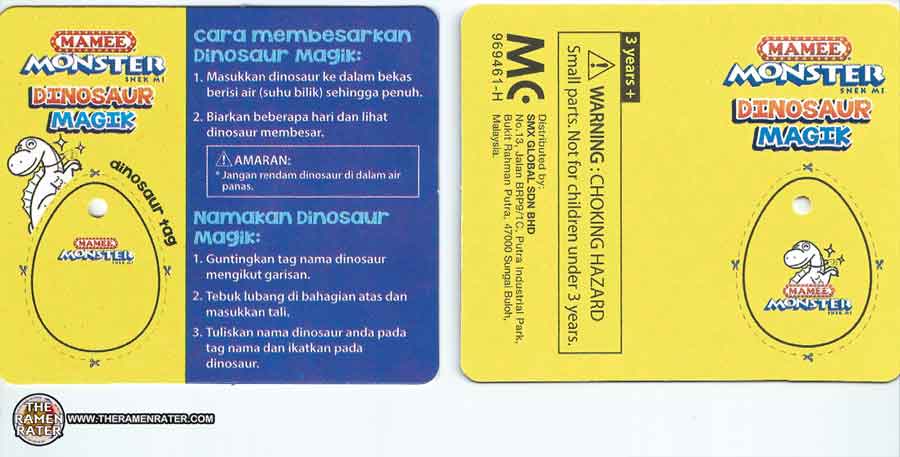 The front and back of the card. It says you can put the dinosaur in water and it’ll grow really big after a few days! 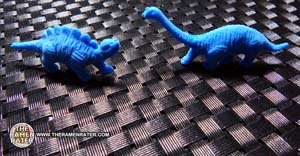 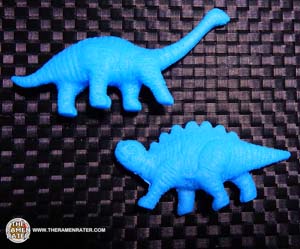 After a full week in water, they got pretty big! Indeed, it was fun to have a look at their growth every day – 5 stars for fun! 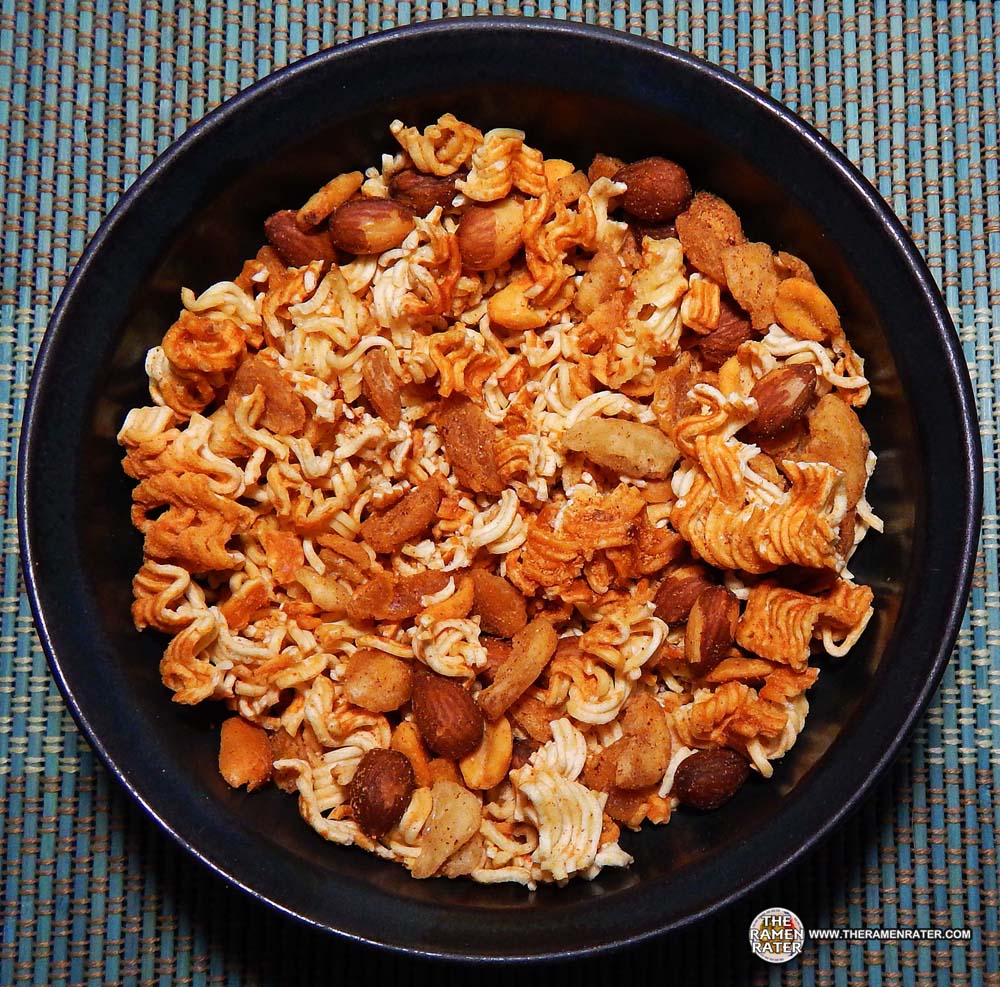 Finished (click image to enlarge). Added almonds, mango, banana chips and peanuts. I really like the crunch of the noodles; they seem a little different than the other Mamee Monster varieties; they’re really crispy, but maybe have a little more give to them. They have a nice spicy flavor to them which was great and a little bit of sweetness and more spiciness from the seasoning. As far as a snack goes, this gets 5.0 out of 5.0 stars. EAN bar code 9555022304786.

A Mamee Monster TV commercial showing a different little bonus that came in the 10 packs.